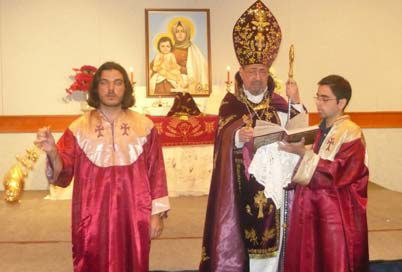 Qatar is one of the fastest growing economies in the Gulf region. The county?s national income primarily derives from oil and natural gas exports. It has one of the highest per capita income in the world.

The number of Armenians in Qatar has witnessed a steady growth in the last decade, now reaching to the level of 700 individuals. This growth has prompted to organize their national and religious life. Qatar has always been a tolerant country towards other religions. Due to the nature of the booming Qatari economy, many young Armenian professionals are settling down there and trying to earn decent living in a period internationally marred with economic downturn.

The lack of a steady place for worship has been a matter of prime concern for the Armenians in Qatar. The parish priest of the neighboring United Arab Emirates, Father Aram Deyirmendjian, has made a habit to visit the community at least twice a year (during Christmas and Easter celebrations), while Archbishop Dr. Goriun Babian, the Catholicosal Vicar, based in Kuwait, has visited Qatar on several occasions in the past few years.

During all these visits however, the Armenians gather in different places, usually in hotel halls. On that day, the hotel hall is transferred into an Armenian Church with appropriate decoration for each occasion. A great deal of arrangement is needed before the followers hear the Armenian religious hymns and enjoy the spirituality of the ceremonies. Fortunately, Father Aram Deyirmendjian has also the talent to lead the local choir, to play on the musical organ and to take the role of a deacon in the same time. All these are important merits for a small community.

The celebration of the Holy Easter this year in the Qatari Armenian community took place on 1 May 2009 in Marriott Hotel. About 100 persons attended the event.

Archbishop Dr. Goriun Babian, Catholicosal Vicar of Kuwait and Gulf Countries, officiated the Holy Mass and delivered a sermon, highlighting the necessity of community life and the importance of such get-togethers. He noted down that since 2005, when he personally was involved in shaping the newly formed National Council of the Armenians in Qatar, he was following the developments related to the community. He also referred to the message of 24 April and the spirit of resurrection in 28 May. ?We, the Armenians, are destined to live forever, the same way as Jesus Christ is alive and will continue to live in the heart of all Christians. Our resurrection followed a great suffering. This reminds us with what happened to our Lord Jesus?, he added. 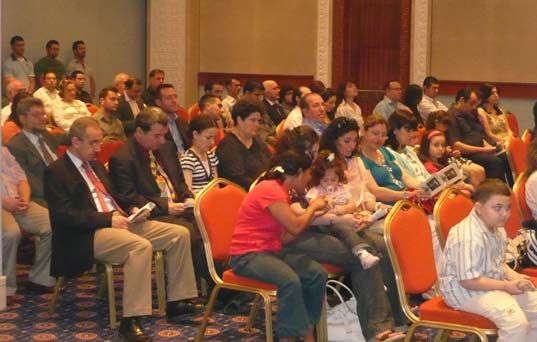 The Holy Mass was followed with a reception in Al Bustan Hotel in Doha. Sevag Panossian took the podium and expressed in the name of the Council his gratitude to the visiting clergymen and wished those visits to be more frequent.

On the evening of the same day members of the Council had a meeting at the residence of Chairman Arsen Haladjian, during which several topics concerning the community were discussed, including plans for the coming several months. The members focused their talks on the necessity of having a permanent center for the community.

On 24 April 2009 the Armenians of Qatar commemorated the 94th anniversary of the Armenian Genocide. On this occasion, Mr. Thovmas Gorgizian, the long-time contributor of Egyptian Alahram and Lebanese Annahar newspaper in the USA, was invited.

Viken Joumboulian from the Qatari Armenian community introduced the guest to the 100 and so attendants. The guest referred to the ?Road Map? between Turkey and Armenia, which was declared one day earlier (on 23 April 2009) and gave his estimation about the possible course of the bilateral relations, in the context of the historical rights of the Armenians.

The children of the Armenian one-day school of Doha performed national songs on this occasion (see photo). 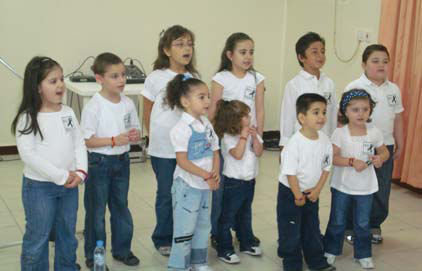 First commemoration of the Armenian Genocide in Qatar