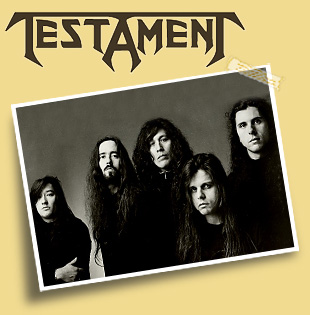 Lara Teperdjian Vice-President of Centre Stage Management (Organizer of the Festival) is determined to convince that it's okay to bang your head once in a while.

In 2004, Centre Stage Management embarked on a mission to develop and bring a full fledge rock festival to the . The first annual Desert Rock Concert featured two rock bands, The Rasmus and Juliana Down. The headliner, Limp Bizkit, 48 hours in advance of the concert cancelled, allegedly because he felt ?unsafe? coming to this region.  Despite the cancellation (10,000 tickets had been sold) some 3500 fans rocked to nearly three hours of their favorite music genre.

In 2005, Dubai Desert Rock developed into a full day festival and featured well-known rock bands from around the world, including The Darkness, Machine Head, Sepultura and Within Temptation, which, together with two local rock bands ? Juliana Down & Nervecell ? played for an audience of 6,000 plus.

The additional attractions to keep fans busy and entertained throughout the day included, among other things, a skatepark show, crazy rock hair designers, temporary airbrush tattoo artists, graffiti boards for budding artists to make their mark, and vendors of various rock paraphernalia.

For rock can be a very hard place. This year a controversy involved a 20-year-old lyric from British rockers Saxon.

The song's lyrics glorified campaigns from the 11th to 13th centuries in which Christians tried to take land from Arab Muslims. “We are not and never have been a racist band. The lyrics to the song Crusader have been taken totally out of context,” the statement of Saxon released through organizers said. The band said many of their songs were based on historical events, and were “not intended to be taken as any form of propaganda.”

Eventually Saxon pulled out of the Festival. The concert on 16 March 2006 at Dubai Country Club featured Megadeth, Testament, 3 Doors Down, Reel Big Fish and Mannikind. Some 8.000 people attended.

Lara Teperdjian of Centre Stage Management is determined to convince that it's okay to bang your head once in a while. “People have misconceptions,” she says. “They think Heavy Metal is about crazy people playing bad music.”

Teperdjian has faith that this is also a playbill to win converts to extreme sounds. “When you come you will see the difference: the vibe, the energy, the feeling,” she says.

Personally, she admits nurturing a shameful fondness for Journey and REO Speedwagon before discovering Metallica at college in the States. Her continuing exploration of the further reaches of amplification is now assisted by 's own underground rock scene, which alerted her to the passion hardcore rockers still feel for cult band Testament.

But the festival has also been refined through checking out rock festivals worldwide. Teperdjian and her sister visited metalfests for 's Rock in Rio to 's Rock am Ring to pick up ideas.

“I think every genre has its time, but you'll always see people old and young loving the metal,” she says.

She admits could need some preparation for a full-on, large-scale metal festival. But at least also offers rockers some pleasant surprises.

“The bands are shocked when they come out here,” says Teperdjian. “They say, 'We have fans here! This is amazing!'”

About the withdrawal of Saxon, Lara Teperdjian says that the band had not included Crusader in live shows since the 1980s. “Heavy rock has nothing to do with politics. The festival is for people to come together and to have fun together,” she added.