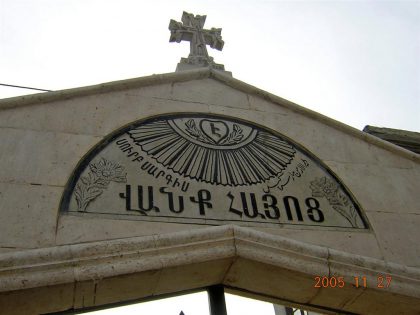 On January 15, episcopal ordinations for two new bishops of the Armenian Church were conducted in the Mother See of Holy Etchmiadzin.  His Holiness Karekin II, Supreme Patriarch and Catholicos of All Armenians celebrated a Pontifical Divine Liturgy and thereupon consecrated, ordained and elevated Very Rev. Fr. Ashot Mnatsakanian, Primate of the Armenian Diocese of and Very Rev. Fr. Armash Nalbandian, Primate of the Armenian Diocese of Damascus to the rank of bishop.  The bishops were ordained to continue their service as primates of Armenian communities in the .

The previous evening, the two candidates kneeled before the Holy Altar of Descent in the Mother Cathedral, vowed to remain faithful to the Holy Gospel, to the canons of the and to the Mother See of Holy Etchmiadzin, and signed their oaths.

As the liturgy commenced, a public examination of the orthodox faith of the two candidates took place before the Altar of St. Stephen the Protomartyr in the Mother Cathedral.  The intercessor for the two candidates was His Eminence Archbishop Nerses Bozabalian.  According to accepted tradition, representatives of each ecclesiastical and hierarchal rank – eight acolytes, two deacons, two priests and four laymen representing different classes of society approached His Holiness and publicly bore witness on behalf of the candidates.

The Divine Liturgy then continued before the Main Altar of the Mother Cathedral.  Reciting prayers from the `Mashtots' (ritual book) of ordination, His Holiness called the candidates to the rank of bishop.  The Supreme Patriarch consecrated the candidates' foreheads and the thumbs of their right hand with Holy Chrism, following which the symbols of episcopacy – the episcopal staff and ring, were presented to the newly consecrated bishops.

The Pontiff of All Armenians offered his words of gratitude to the governments and state authorities of the Arab Republic of Egypt and the , whose support and care are enjoyed by the Armenians living in these two important countries of the .

His Grace Bishop Ashot Mnatsakanian (baptismal name Garoun) was born on November 4, 1972 in the of , Region of Syunik, .

From 1979 to 1989 he attended the secondary school in his village. In 1989 he was admitted to the Gevorkian Theological Seminary of Holy Etchmiadzin and graduated in 1995, defending his thesis entitled `The Life and Dogmatic Views of Hovhan Vorotnetsi'.

In 1995, His Grace Bishop Anania Arabajian ordained him to the rank of Deacon. In 1996, he was ordained a celibate priest by His Eminence Archbishop Shahe Ajemian.

From 1996 to 2001, he was office director of the Commission for the 1700th Anniversary of Christianity as the State Religion of Armenia. On March 2002, he defended his doctoral thesis entitled `The Parable of the Prodigal Son in Armenian Literature' and was elevated to the rank of Archimandrite (Vardapet).

In October 2002, by the order of His Holiness Karekin II, Supreme Patriarch and Catholicos of All Armenians, he was appointed as Vicar of the Armenian Diocese of .

In February 2004, His Holiness appointed him as Locum Tenens of the Armenian Diocese of Egypt.

In 2005, he was elected as Primate of the Armenian Diocese of Egypt. 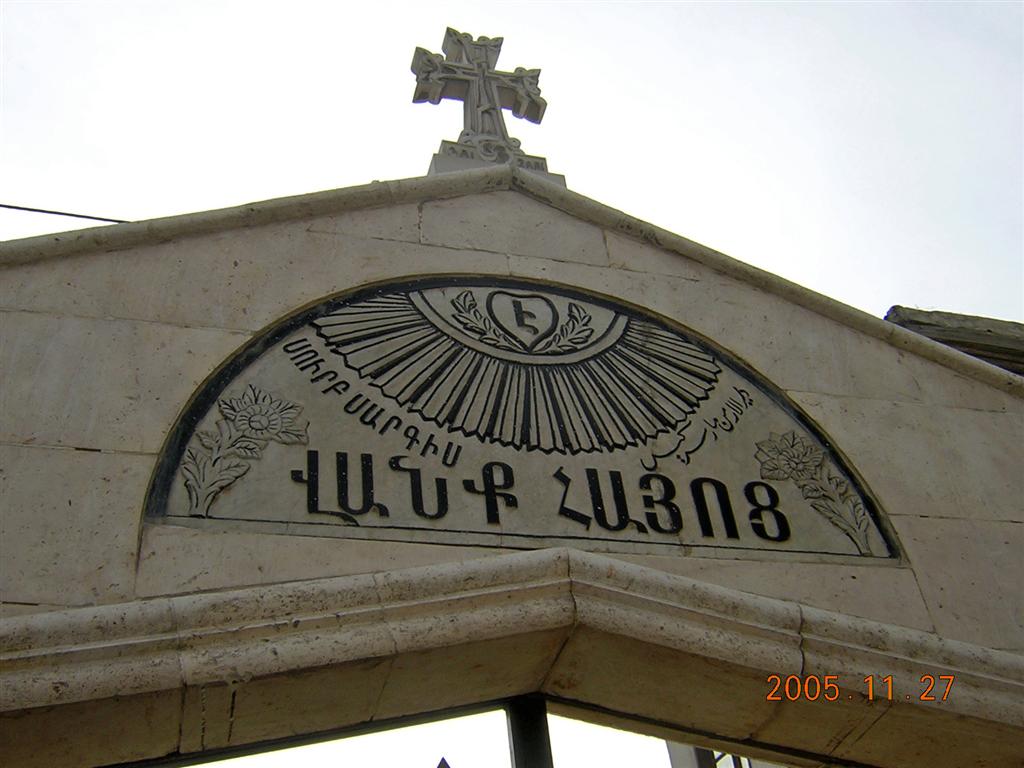 His Grace Bishop Armash Nalbandian (baptismal name Hagop) was born on January 29, 1973 in . He received his primary education in “Cilicia” .

In 1987, he was admitted to the Gevorkian Theological Seminary of the Mother See of Holy Etchmiadzin. In September 1991, on the Feast of Exhalation of the Holy Cross, he was ordained a deacon by His Eminence Archbishop Nerses Bozabalian.

In 1993, he graduated form the Gevorkian Theological Seminary defending his thesis entitled `The Life and Works of Catholicos Gevork V Sureniants of All Armenians (1911-1930)'.

In December 1993, at the invitation of Archbishop Karekin Bekdjian, primate of the Armenian Diocese of Germany, His Holiness Vasken I Catholicos of All Armenians of blessed memory, sent him to to study and serve the Armenian community as a pastor.

From 1995 to 2000, he studied New Testament Theology at the University of Erlangen-Nierenberg. He also studied the languages of ancient Greek and Latin simultaneously.

In November 1998, he was ordained a celibate priest in , , by His Eminence Archbishop Karekin Bekdjian and assumed the responsibilities of spiritual pastor for .

In December 2003, he defended his doctoral thesis entitled `The Divine Liturgy of the Armenian Church from the 5th Century to Present' and was elevated to the rank of Archimandrite (Vardapet).

In 2004, he was elected as a Primate of the Armenian Diocese of .

Note: The Diocese of and its surroundings is under the jurisdiction of the Catholicosate of Cilicia.

Azad-Hye Photo: The gate of the Saint Sarkis Armenian Church in old .