Azad-Hye, Dubai, 23 March 2006: Mayda Saris (maiden surname Yeretsian), art director of the Istanbul-based ?Agos? Armenian weekly and author of ?The Armenian Painting from the Beginning to the Present? will visit and in the coming days to promote her recently published book.

On 24th March 2006 she will meet the Cypriot Armenians in Utudjian Hall (). On 28th March 2006 Mayda Saris will lecture at Haigazian University Auditorium (Kantari, ).

Both events are organized by Hamazkayin Cultural and Educational Association. A slide presentation and book signing will follow the lectures.

In November 2005 Mayda Saris toured several cities in the and (, , , , and ), where she introduced her new book (originally published in Turkish and later translated into English).

Most of the visits were sponsored by the Turkish Armenians

living in the and organized by Tekeyan Cultural Association.

“Our ancient civilization has left its traces in . I consider them anguished witnesses of the past because no matter how ruined they are, they carry on proud existence,” She said during one of these trips.

Saris was born in and still resides there. She is married to a Greek and has 24 years old son. Last year she visited during the ?One Nation, One Culture? celebrations.

?It is not easy not to be emotional when visiting ? she said to the journalist of ?Azg? daily. ?It is the first time I am visiting the country. I remembered my grandfathers and my family. My grandmother had escaped from Bitlis to Echmiadzin during the WWI. After the communist rule in she had settled in . She has lost her brothers during that war. I have taken very beautiful photographs in and will show them to my son. Next time I will ask him to join me in this trip?, she concludes.

The illustrated book originally was published in Turkish and later was translated into English and published by ?Agos?. The 264-page volume contains 400 beautiful pictures. Among other painters the author notes the name of Yervand Oskan Efendi, founder of the school of fine arts. The book includes the names of Armenian painters in alphabetical order. The author gives a comprehensive overview of the origin of the Armenian people, their folklore, lifestyle, culture, art and faith, which has been source of inspiration for the Armenian artists and architects throughout centuries.

In the preface of her book Mayda Saris cites the following writing from a medieval Cilician manuscript which expressly indicates the degree of devotion of the Armenian artists' to their art.

“Dear readers, as I write these lines the barbarians have arrived in the city of ; they are massacring the defenseless inhabitants... There is wailing and screaming everywhere … My heart is heavy with grief as women's and children's cries and screams fill my tiny room. I am in a hurry … hastily trying to complete my work … In 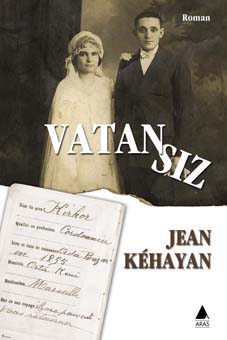 the event that my work reaches you as an incomplete book, you must assume that I also have been killed.”

What was left behind from the above message was a last page, hastily illustrated and a touching sentence written with deep emotion: “Please kindly commemorate this painter …”

Shaken by the imploring cry emerging from a 13th century manuscript, Mayda felt exceedingly sorry for her lack of knowledge about these worthy and respectable people whose devotion was so genuine that even the threat of death would not stop them from performing their art. It was quite sad that these talented masters, mostly of Anatolian origin, were not known in their own country, even though they had acquired great reputation abroad. To eliminate this contradiction and fill the historical gap was indeed the moral obligation of the Armenians from .?

Let us hear the rest of the story from the author:

“As a researcher in Art History, particularly in Armenian Art, I took on the challenge with the motivation of reviving the spirit of the cultural and artistic heritage of the Armenian people from . Thus I found myself delving into a pile of books, magazines and documents in English, French, Russian and Armenian. As I moved forward, I witnessed the rich artistic heritage of the Armenian people, which showed their strong ties with the art.”

Website of the Organization of Istanbul Armenians of Los Angeles: http://www.oia.net/