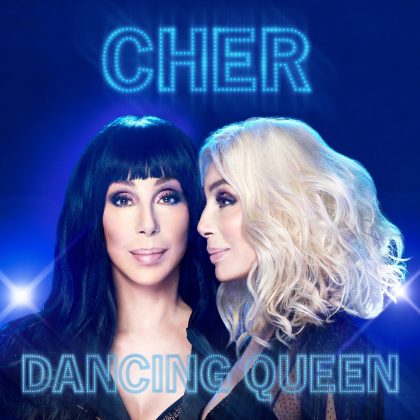 I’ve always liked ABBA and I have seen the original Mamma Mia musical as well as the movies.

Those were the songs I was raised on from my childhood till my teenage years. They have always reminded me of what great and timeless songs ABBA had composed.

On 28 September 2018 the “Dancing Queen” album was officially released, but prior to the release it was leaked, so I had the chance to listen to it and of course could not keep it to myself.

You need major mega star power and of course the guts to dedicate an entire album to ABBA covers. Thankfully Cherilyn Sarkisian has both. And voila…

CHER is here to take on the mission.

After stealing the show in the Mamma Mia film sequel in a matter of minutes, it was obvious that she had a taste for Cher-ifying some of the best pop songs in history….ABBA’s.

She clearly said: “Why not do an album of their music? The songs were harder to sing than I imagined, but I’m so happy with how the music came out. I’m really excited for people to hear it.”

Being a huge fan of Cher’s vocals, I was kind of disappointed, because I was expecting something else, something much bigger.

Although the song choices were great and Benny Andersson from ABBA was involved in the production of one song “Fernando”, The CD “Dancing Queen” turned out to be merely a high quality Cher-aoke album, except for “Chiquitita”, which has got a Spanish breeze flavor.

The British group Erasure previously had paid a tribute with their “ABBA-esque” EP covers in the early ’90s, and a few other artists have done their live or studio versions, from Elvis Costello to Sinéad O’Connor. But it’s only natural that the lion’s share has been left to someone else, who’s a bit of a zillionaire underdog.

It needs a senior superstar, who can sing about a 17-year-old “Dancing Queen” without a hint of irony or sounding a tad sad while doing it.

We all know that the original music is so great, that there’s no need to change it. The new songs sound pretty much like the original, because why would you change perfection? But it would be better to add more of the “Cher” flavor.

Cher has one of the most identifiable voices in pop culture, with or without the now trademark Auto-Tune, that surfaced in “Believe” 20 years ago.

I didn’t see her genuine touch in the songs, except for the silly auto-tune effect that Mark Taylor used a couple of times.

That button gets a work out on Cher’s version of Gimme! Gimme! Gimme! — where ABBA’s 1979 disco banger is given a modern tweak. That was okay and you can enjoy the album, but I still wish that the producer had done more to put a new or distinctive signature on the material, besides the trademark auto-tune phasing that kept repeating.

There is even a moment, where Cher sounds like a computer program on the fadeout of “The Winner Takes It All,” which is not a song that requires all that.

In one word, this is a record, where the only thing differentiating it from the originals is the fact that Cher’s voice is lower and much less pure than the ABBA female members, Frida’s and Agnetha’s voices in their prime, in addition to the little AutoTune, which is becoming her trade mark.

No need for that, really. Her personality is all she needs, and decades after everyone in ABBA more or less have retired, we know who the super trouper is.

In support of this new project, Cher has mapped out an ABBA-inspired “Here We Go Again Tour” featuring openers like Nile Rodgers & Chic (who released a new album by the way). The tour has already started in Australia and it is planned to continue in USA and Canada in mid-January 2019.

In the end, it feels like Cher still has more ABBA love to give, though she covers an incredibly expansive representation of the band in only 10 songs.

But, let’s face it, this is Cher we’re talking about, a pop diva, at the age of 72, who has always blown our expectations and never gave us the same outcome twice.

Please, Cher, go ahead and do an acoustic version or even a punk take of the ABBA repertoire. But “Dancing Queen” — except for two tracks — has got – at least in my humble opinion- nothing new to offer.