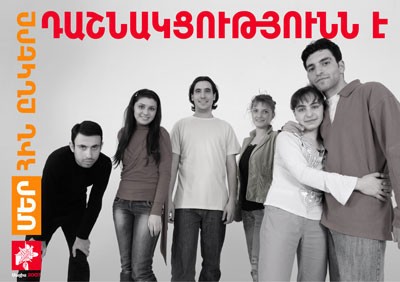 Campaing gets off to uneasy start

Violence, harassment, recriminations, and international concern over perceived voter apathy have marred the first 10 days of campaigning for Armenia's May 12 parliamentary elections.

Senior officials have repeatedly affirmed their determination to ensure a “clean” vote. But many commentators predict that the opposition's failure to align in a single — or even several — blocs will prevent it from beating two rival pro-establishment parties that benefit from virtually unlimited financial and administrative resources.

Serzh Sarkisian, the powerful former defense minister who became prime minister and head of the ruling Republican Party of Armenia (HHK) following the untimely death last month of Andranik Markarian, is increasingly perceived to have the power to determine the outcome of the ballot.

A total of 24 parties and one electoral bloc succeeded in registering to contest the 90 (of 131) parliament mandates to be allocated under the proportional system, and 1,314 individual candidates registered in the remaining 41 single-mandate constituencies.

The overwhelming majority — 80 percent — of outgoing parliamentarians are seeking reelection. But the opposition's inability to close ranks and create a single strong bloc is likely to limit dramatically its chances of success. The daily “Zhamanak Yerevan” calculated on April 14 that not a single one of the 20 opposition parties stands a chance of garnering the minimum 5 percent of the proportional vote required to win parliamentary representation.

There have already been several incidents of election-related violence. Even before the campaign officially began, police in Yerevan were forced to intervene on March 15  to end a brawl between supporters of the HHK and of the Prosperous Armenia (Bargavach Hayastan) party founded in late 2005 by wealthy businessman Gagik Tsarukian. Two local Prosperous Armenia offices in Yerevan were rocked by explosions during the night of April 11-12, but no one was injured.

As in previous parliamentary ballots, it is in the single-mandate constituencies where pressure on — and discrimination against — opposition candidates is crudest.

In Echmiadzin, south of Yerevan, unidentified perpetrators opened fire on April 8 on a car belonging to a rival candidate to retired General Seyran Saroyan, who is supported by the HHK, while the election headquarters of a second rival were destroyed in an arson attack.

Days later, a local court annulled the registration of both candidates after Saroyan filed a lawsuit alleging that they forged signatures submitted in support of their registration.

Elsewhere, especially in rural areas, powerful local governors who are members of, or aligned with, the HHK are already being accused of intimidating opposition candidates or denying them the opportunity to meet with voters. Two opposition parties — Orinats Yerkir (Law-Based State) , which is headed by former parliament speaker Artur Baghdasarian and Zharangutiun, headed by U.S.-born former Foreign Minister Raffi Hovannisian — have complained that their activists have been refused permission to post campaign posters, Noyan Tapan reported on April 17.

Up In The Air

Adding to the widely held perception that the deck is stacked against smaller political parties are the provisions for media access.

But as “Haykakan zhamanak” noted on April 11, that free media access is divided into maximum two-minute segments, which makes it very difficult, if not impossible, to convey a clear, coherent, and memorable impression of a party's political program, given that even the most politically interested viewers are unlikely to make a point of watching several hours of election-related programming every single night for several weeks.

And the prices set by Armenian Public Television for additional airtime are prohibitively high, as are those charged by its privately-owned and overwhelmingly pro-establishment counterparts.

Armenian Public Television announced in February it will charge 80,000 drams (approximately $225) per minute for election-related advertising (compared with $120 during the 2003 parliamentary election), while privately owned channels will charge up to 100,000 drams ($280) per minute. (The Election Law sets a cap of 60 million drams, or $160,000, on campaign spending.) Moreover, 18 of Armenia's 29 local television stations have decided not to air any election campaign advertising at all.

With ideological differences between the various parties almost totally eclipsed by their avowed determination to win, or hold on to, parliament seats, opposition politicians are apprehensive that some impoverished voters will avail themselves of the material benefits offered by Prosperous Armenia in return for a promise to vote for that party's candidate.

During a visit to Aragatsotn Province on April 18, Orinats Yerkir Chairman Baghdasarian appealed to voters to reject the 10,000 drams ($27) he claimed they have been offered to vote for an unspecified rival party, RFE/RL's Armenian Service reported.

Alternatively, as in several previous national ballots, some voters may simply not bother to vote at all. Opposition candidates claimed at the time that official statistics showing that  just over 50 percent of registered voters cast their ballots during the May 2003 parliamentary election were exaggerated, and the true figure was far lower.

A delegation from the Parliamentary Assembly of the Council of Europe that visited Yerevan last week registered in an April 13 statement its concern over the “overall impression of a lack of popular interest in the election process by the electorate… Such attitudes of apathy, or even cynicism, are not conducive to the development of democracy in Armenia,” RFE/RL's Armenian Service reported.

Such reservations, though cautiously phrased, may nonetheless have a greater impact on the May 12 election than similar warnings in the past.

Since 1996, when key figures within the Armenian Pan-National Movement falsified the outcome of the presidential ballot to ensure the reelection of incumbent Levon Ter-Petrossian, international monitoring missions spearheaded by the Organization for Security and Cooperation in Europe (OSCE) have evaluated every single national ballot, whether presidential or parliamentary, as not meeting international standards for a free and fair election.

This time around, Armenia stands to forfeit funds allocated under the U.S. Millennium Challenge Account, or to have its cooperation with the European Union within the framework of the European Neighborhood Policy curtailed, if the conduct of the ballot is deemed unsatisfactory.

Cognizant of such possible negative repercussions, senior Armenian officials, including Prime Minister Sarkisian, have in recent months sought to convince international observers that this election will be different.

Meeting on April 16 in Yerevan with long-term OSCE election observers, Prosecutor-General Aghvan Hovsepian said that his agency has set up special “working groups” headed by senior prosecutors that will react immediately to reports of serious irregularities during the vote, RFE/RL's Armenian Service reported.

Hovsepian also said he is taking “all measures” to preclude his subordinates' direct involvement in the election campaign.

But speaking on April 18 at a press conference in Yerevan, Central Election Commission (KNH) Chairman Garegin Azarian said that to date, his commission has so far received 10 formal complaints from either parties or individual candidates, RFE/RL's Armenian Service reported. He said he considered that figure “okay.”

Meanwhile, the KNH is posting voter lists on its website in the hope of minimizing cases in which potential voters are unable to cast their ballots because they discover only on election day that their names do not figure on such lists. What percentage of voters, especially in remote rural areas, has Internet access enabling them to take advantage of that innovation is unclear, however. 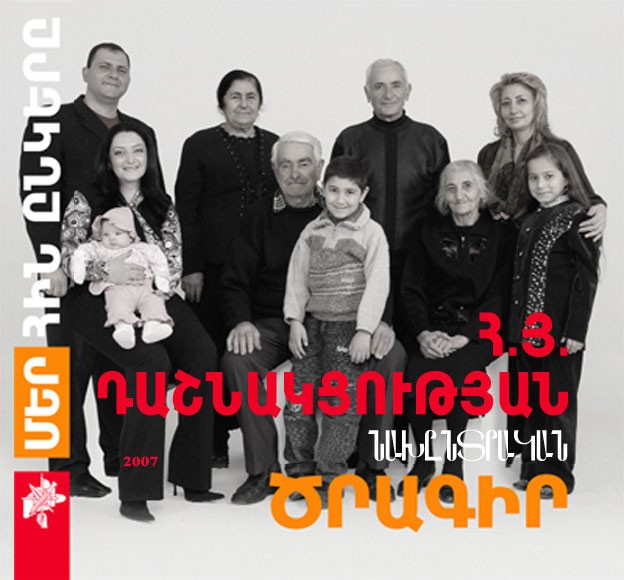