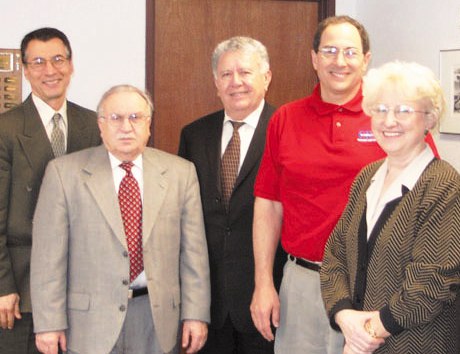 Armenian Academy of Sciences (since 1993 – the National Academy of Sciences of the Republic of Armenia) was founded on 25 November 1943 on the basis of the USSR Academy of Sciences' Armenian Branch, organized in 1935.
?
One of the founders and the first President of NAS RA was Full Member of the USSR and Armenian Academy of Sciences Prof. Hovsep Orbeli. During 1947-1993 the President of NAS RA was Prof. Victor Ambartsumian, Full Member of the USSR and Armenian Academies of Sciences. During 1993-2006 the President of NAS was Academician Fadey Sargsian. Since 2006 the President of NAS RA is Academician Radik Martirosyan.
?
NAS RA is a highest state scientific self-governing organization which unites NAS Members and scientific staff of affiliated scientific and research institutions. The Academy promotes and carries out fundamental and applied research in different scientific fields, as well as coordinates research carried out throughout Armenia. NAS RA is an official scientific consultant to the highest Governing Bodies of Armenia.
?
NAS RA is mainly financed from the state budget. Additional finances come from different state and private foundations, as well as from direct contracts between the Academy and other organizations in Armenia and abroad.
?
Address:
24, Marshall Baghramian Avenue
0019 Yerevan, Republic of Armenia
Tel: (+374 10) 527031
Fax: (+374 10) 569281
E-mail: [email protected]
?
Photo: Academician Radik Martirosyan (in the middle) with a group of visitors.