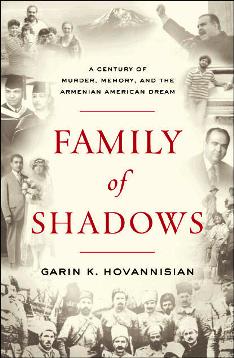 New York?Publishing house HarperCollins has announced the September 21-Independence Day release of Garin K. Hovannisian?s highly anticipated debut memoir, Family of Shadows: A Century of Murder, Memory, and the Armenian American Dream. ?One of modern history?s great unexamined stories,? declares David Ignatius of the Washington Post. ?Family of Shadows will move you with the intensity and intimacy of its detail.?

Combining the historical urgency of The Burning Tigris, the cultural sweep of Middlesex, and the psychological complexity of Snow, Family of Shadows is a searing history of Armenia, witnessed and realized through three generations of the Hovannisian family: Kaspar?the survivor of a national catastrophe and soldier of General Antranig; Richard?the scholar, the professor, the pioneer of Armenian studies in the United States; and Raffi?the repatriate citizen and first foreign minister of a new republic, the leader of a rising opposition party in Armenia?s parliament. ?An extraordinary saga,? hails Dr. Vartan Gregorian, president of the Carnegie Corporation of New York and author of The Road to Home. ?An inspired tribute, full of passion and appreciation.?

From a deeply haunting account of the Armenian Genocide of 1915 to an original panorama of a complicated diaspora to an inside view of Armenia?s struggle for independence and democracy, Family of Shadows tells the Armenian story like never before. ?Garin Hovannisian brings a historian?s rigor, a poet?s lyricism, and a native son?s passion to this remarkable book,? raves Samuel G. Freedman, author of The Inheritance. ?Intimate as memoir yet expansive as an epic, Family of Shadows puts the Armenian experience, in all its tragedy and triumph, into memorably human terms.? Family of Shadows is available for pre-sale at Amazon and all other bookstores. For an exclusive excerpt and video trailer, as well as a schedule of upcoming book readings, 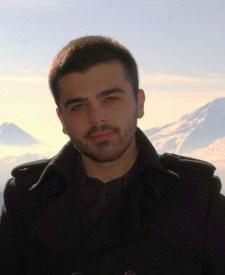 Garin K. Hovannisian is a recipient of the Fulbright Fellowship in Creative Writing and the Lynton Award for Book Writing. A graduate of the University of California, Los Angeles, and the Columbia University Graduate School of Journalism, he lives in Los Angeles and Yerevan, Armenia. He has written for the Los Angeles Times, Liberty, and the literary journal Ararat.

Garin K. Hovannisian is a recipient of the Fulbright Fellowship in Creative Writing and the Lynton Award for Book Writing. A graduate of the University of California, Los Angeles (UCLA) and the Columbia University Graduate School of Journalism, he lives between Los Angeles and Yerevan. He has written for the Los Angeles Times, Liberty, and the literary journal Ararat.

Newer PostSona Gargaloyan: Representing Armenian classical music in Cyprus and beyond
Older PostCinema bridges the gap between Armenia and Turkey at Golden Apricot