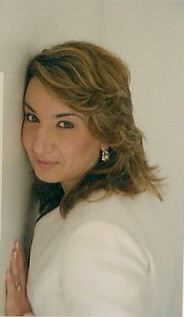 Sona Gargaloyan was born in Armenia. She started piano lessons at the age of seven in Aslamazyan music school. Later, she turned to vocal music and chorus direction, attending the special Choral Association of Armenia. She studied at the Komitas State Conservatoire and the class of the famous soprano Professor Gohar Gaspari

an obtaining the Master Diploma with distinction. Following a decision by the Examination Committee, she was named “Opera and Concert Soloist and Singing Professor”.

In 2003 she took part in the Celebration Concert for Cyprus? Accession to the European Union. She collaborated repeatedly with the Cyprus State Orchestra, including a performance at the inauguration ceremony for the re-opening of the Nicosia Municipal Theatre in 2006, where she interpreted the role of Gilda at Verdi?s Rigoletto.

She has collaborated with conductors Aram Katanian, Vigen Tchartchoglian, Majei Zoltowsky, Haig Utidjian, and Spiros Pisinos. She has given concerts in Germany, Italy, Malta, France and Greece. Moreover, she has more than fifteen years of pedagogic practice and has revealed and supported many young talents.

How long have you been living in Cyprus, and what made you choose this country to settle in?

I have been living here for around 12 years – since December of 1998 – along with my husband and two children. The same year in June, I had visited Cyprus for concerts and loved the country and its people. When I went back to Greece where I had been living for five years, I suggested to my husband to move and live in Cyprus, and it was so. It was such an out of the blue decision.

How do you describe the cultural life in Cyprus? Is it favorable?

Cyprus is a free country, where it is really convenient to raise children; on the other hand, there are some difficulties regarding my career. In Cyprus there is only one symphonic orchestra, there are no opera theatres and hence the possibilities of concerts are really limited. If I try to pull off a concert on my own, well, besides having a good repertoire- which is not difficult when you have a background and a lot of information- you also need to rent a hall, to advertise well in order to have an audience, to pay the musicians and so on. So a project like this needs a lot of money, which makes it not only impossible for me, but also for any cultural organization, keeping in mind that it is never easy to find a sponsor.

In addition to all this, we don’t have the tradition of listening to classical music here like other European countries do, such as Germany, Italy, France? and hence it is not profitable.

Have you performed in other countries except for Armenia and Cyprus? Does the Diaspora in the surrounding countries know you?

I have performed in Greece, Germany, Italy, Malta, and France. I haven’t received invitations from Armenian communities in neighboring countries yet, but I hope this interview would create an opportunity for the works of Armenian composers to be heard through my performances there.

Do you have any teaching experience in the music field?

Yes, of course, I have been teaching for 17 years now. I started in Armenia, then in Greece and Cyprus, respectively. Currently, I’m teaching in the European University of Cyprus.

In a DVD, we see you performing the Der Voghormia (Lord Have Mercy) during your visit to the Magaravank Monastery.

The Cypriot Armenians are familiar with me. I have always taken part in the community’s important cultural programs. It is my duty to keep the music and culture of Armenia alive despite living far away. Regarding the Cypriot audience, I should mention that the lovers of classical music and the professionals in the field have always shown a lot of love and appreciation towards me, for which I am sincerely grateful. 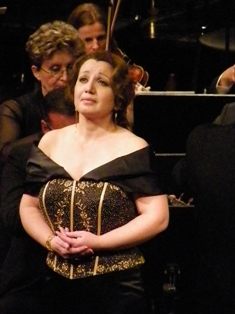 Newer PostPresident of Nagorno Karabakh in Zahle and Anjar
Older PostFamily of Shadows: A book by Garin Hovannisian