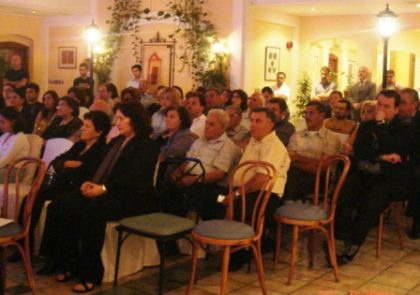 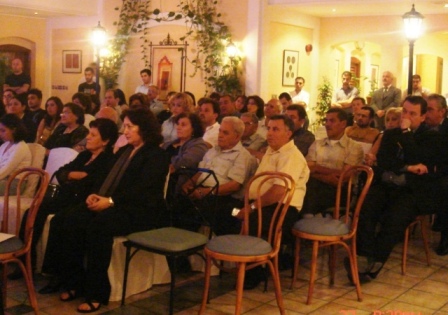 We received the following press release from Qatari Armenian community, issued on 1st May 2006

On 27th April 2006 for the first time in State of Qatar the Armenian community commemorated the Genocide and paid its respect to the 1.5 millions martyrs.

The event was organized by the Armenian National Council in . The orator of the day was Archbishop Sebouh Sarkissian, Prelate of the Dioceses of Tehran, who was present in to take part of the “4th Doha Conference on Religions Dialogue“.

At the beginning of the event the community members lit 91 candles in remembrance to the souls of the forgotten in order to show their solidarity for the 91 years of fight against injustice. After inviting the audience to one minute silence in respect to the souls of the 1.5 millon of martyrs, the master of ceremony Sarkis Kerkezian made the opening speech on behalf of the Armenian Council.

In his speech, Kerkezian mentioned that the blood that our martyrs shed in the deserts of Der Zor is sacred and it is from that same blood that a group of second generation surviving Armenians put the seeds of a new community in another Arabian desert of . As William Saroyan Says? when two Armenians meet they form a new ?. He gave a quick view about the current international status of the genocide and the effort of recognition that are getting carried on around the globe. He added, ?This event is the first in its nature and a stepping stone to the direction that hopefully one day, in the upcoming future, our friendly countries will take the necessary steps of recognizing the Armenian Genocide?.

It was decided to show the ?Genocide Denied? documentary which due to some technicalities it was cancelled. Hence the Keynote speaker of the day Sebouh Serpazan Sarkissian was invited to deliver the message for the occasion.

Serpazan Hayr gave a comprehensive historical background about the reasons why the Genocide had been planned and occurred. He expressed his gratitude that such small Armenian communities that exit around the globe create such occasions to get together to support and encourage each other to live as Armenians and carry on the April 24 oath by commemorating and paying homage to our martyrs. ?Nobody can destroy a nation unless a nation destroys itself? he said.

He added ?the genocide was planned way ahead and it was not derived by religious motives but through the pan-touranic dream plan of turkey which failed. The second cultural genocide is still continuing by destroying the historical Armenian monuments. The third genocide is the fight against the Armenian memory and remembrance by faking the historical facts which is impossible to do so due to the existing evidence.?

?We have to continue our struggle of existence? Serpazan hayr said, “Genocide is a crime and sin against the God and the laws that He has given to us that we abide?

Serpazan hayr finished his speech by telling about his experience in the conference and the commemoration of the Genocide in . He said ?Our expectation is that in the countries in our day to day life we have to keep our Armenian and Christian Spirit and should commemorate the genocide which is part of our heritage and permanence.?

At the end of his speech the floor was open to the compatriot Armenians to address their questions to the Serpazan Hayr.

Subsequently, the Armenian Genocide comprehensive CD, which was prepared by the Haigazian University Heritage Club, was demonstrated and explained to the fellow Armenians and a copy of the CD was distributed to all.

Afterwards, a collection of Armenian Genocide posters, in a movie format, was demonstrated to the audience which included the poster prepared for the event by the young promising designer Kayane Kouzoujian. The poster will be submitted to the www.armeniangenocideposters.org website as an expression of solidarity by the Armenian community of to our collective pan-Armenian fight against injustice.

The event adjourned with a collective singing of the ?Der Voghormya? followed by a prayer to the souls of the martyrs ?Hokehankisd? and ?Bahbanich? Blessings of Serpazan Hayr. A group of spirited Armenians ended the event with the ?Sartarabad? anthem.