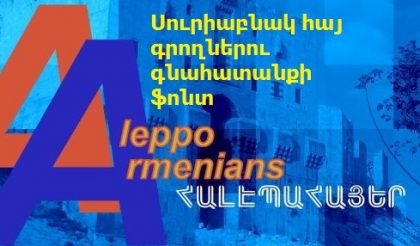 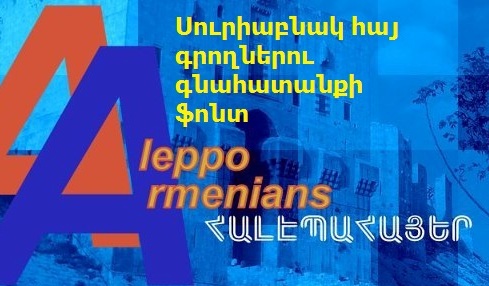 Azad-Hye has started an initiative for supporting Armenian language writers in difficult conditions. The campaign was triggered as a response to the courage demonstrated by several Armenian writers in Syria, who despite the difficult situation in their country, have shown resilience and determination through covering daily life and sending reports from the war stricken country.

Some of these writers have discovered the power of social media and started the habit of posting comments, notes, remarks and brief reports on Facebook. Their work has proved to be very important for relatives living abroad who yearn for any piece of information.

The most difficult periods are during internet blackouts, such as the one that happened recently and lasted for more than one month. The complete isolation created a very unstable atmosphere. Occasionally the landline telephones worked and some of the reports were produced in audio format and were subsequently uploaded on the net.

The “Fund for supporting Armenian writers in difficult conditions” will provide symbolic financial support to Armeian writers living in Syria. “Frankly speaking, these writers have never thought about financial aid. Getting a financial reward for writing in newspapers or for publishing books is a luxury for writers in Western Armenian language. All what they hope is to find their articles and books published and distributed to the readers. They know that even this is difficult to achieve,” said Hrach Kalsahakian, Azad-Hye founder, who is supervising this effort. “The campaign is aimed at supporting writers in troubled locations, where many are deprived of their regular income sources. Nevertheless, they do not stop from writing and enlightening us. They have very high understanding of their mission. Their contribution could be sometimes seen as the only logical and hopeful thing happening in an otherwise war ridden reality,” he added.

Through their writings we are able to know more about what is happening in Syria. This creates a bond with the people and the locations described in their works.

You can donate your contribution through the following link (deadline one month):

Those who are not able to contribute financially, can be useful by sharing the fundraising link with their friends. The link is for the first phase of the donations ($500) and has a duration of one month. Payments could be made through Paypal and through the use of credit cards. Some of the donors who are not familiar with online payment can pay directly by contacting Azad-Hye. Three persons (in UAE, France and USA) have been volunteered for collecting money in the traditional way if needed.

If you click the above link and find out that the campaign has ended please look for future campaigns. Supporting Armenian writers is a lifelong mission and needs constant attention. All transactions will be done in transparent, swift and systematic manner.

The campaign is in collaboration with Aleppo Armenians Facebook group:
https://www.facebook.com/groups/aleppoarmenians/ (subscription required)