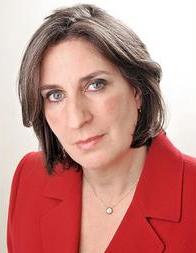 Expert in Medieval maps and author Rouben Galichian has sent an open letter to the editor of Azerbaijani website and news agency News.az referring to a recent interview with Brenda Shaffer published under the title “Iran works to undermine Azerbaijan's security since independence“.

Shaffer is an American-Israeli scholar and past president of the Foreign Policy Section of the American Political Science Association. In the interview Shaffer accuses Armenia and Iran for “trying to undermine the cooperation between the Jewish world and Azerbaijan”. According to her, “Tehran has worked to undermine Azerbaijan's security from the beginning of its independence, long before any meaningful cooperation emerged between Azerbaijan and Israel”. Shaffer goes further in seeing a conspiracy uniting Armenia and Iran against Azerbaijan. “The city of Shusha fell to the Armenian army on May 8, while Iran was hosting the Azerbaijani and Armenian presidents in Tehran and negotiating a cease fire”, she reasons.

In his open letter Galichian reminds Shaffer about the fact the word “Azerbaijan” has never been used in history to describe the territories that come under the present-day country of Azerbaijan. “No Arab or Persian literature ever mentions the invented terminology of Northern or Southern Azerbaijan. In all Islamic literature there is only one Azerbaijan, which is the North-Western Iranian province of Azerbaijan, always located south of the Araxes River”, he says.

The name “Azerbaijan” was used for the first time to describe territories north of the Araxes River only in 1918 and later in 1920 when the area was integrated into the Soviet Socialist Republic of Azerbaijan.

Taking this opportunity Galichian explains the historical origin of the word Azerbaijan. Greek geographer Strabo and others mention that the territory of North-Western Iran (known then by Lesser Media) was named Athropatene in the 2nd century BC, in honor of the Median military leader who fought against Alexander's army. The name was altered after the Arab invasion to become Adherbijan, before being used as Azerbaijan, but for a completely different geographical location, as explained above.

The invention of history: A book about Azerbaijan's propaganda