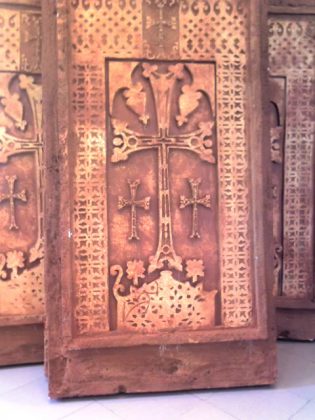 took part in the commemoration of the Armenian Genocide?s 91st anniversary.

Thus on Thursday 20 April 2006, the students of the 4, 5, 6 and 7 grades watched “The Armenians of Lebanon” documentary and received relevant explanations from their teachers.

The Documentary talked about how the atrocities forced the Armenians from historical to Cilicia and from there to , while those who reached Der-Zor and Markateh were massacred, burnt alive and tortured to death.

It was really an informative documentary for the students, who watched it curiously and asked some thoughtful questions out of anger and agony, through which you can sense the touch of immortality in their tiny, innocent souls, yet full of dignity.

After the documentary there was an open session for the students to write about their emotions and thoughts, and to describe how they can live in modern times and yet find opportunities to offer volunteer work to the Armenian society.

After a short break the students were introduced to some of stone-cross (khachkar) samples, prepared by the “April 24 committee” in U.A.E., for the decoration of the commemoration day.

The students did their best to paint the khachkars, reviving in their minds the lately ruined khachkars in Nakhichevan and holding a stand against that new cultural massacre.

Visitors of the school can see paintings of children. The enemy is pictured with guns forcing the Armenians to be driven to a journey of agony and death.