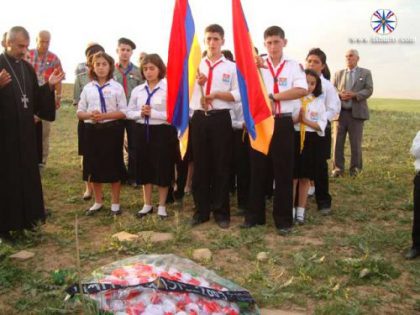 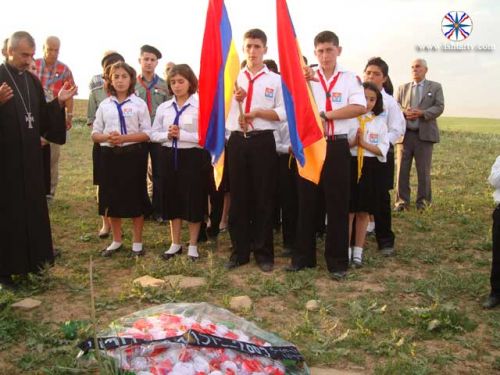 Father Massis Shahinian celebrated Holy Mass in Memory of the Armenian victims of the Genocide.

Considerable number of Armenians from Havrez (Avzroog) and other locations in Iraqi Kurdistan, such as Duhok and Zakho gathered to mark together this important event.

Scouts and church choir also took part in the activities.?

Following the Armenian Genocide in the Ottoman Empire in 1915, 20 thousand Armenian refugees settled in a camp near the Iraqi Baquba city.

In 1920-1921, the British authorities transferred the camp to a place named Nahr-el Omar in Southern Iraq. Afterwards, all Armenian refugees in Nahr-el Omar (580 families), mostly Armenian farmers from Van Province, Western Armenia, were transformed to Havrez.

The village was destructed in 1974-1975 during the war between the Iraqi Army and the Kurdish militias.

After the US-UK invasion of Iraq in 2003 and the deterioration of security conditions in Baghdad, many Iraqi Armenians moved to Northern Iraq's Kurdistan Region. Nearly 120 Armenian families settle in Havrez now.

The anointment ceremony of the new Armenian Church in Northern Iraq