In another press release issued by Etchmiadzin it is mentioned that “… Holy Etchmiadzin will not participate in the ceremonies after having considered that the Holy Cross Armenian Church, recently renovated by the Turkish authorities, will not operate as a church under the spiritual authority of the Armenian Patriarchate of Constantinople and instead will be designated as a museum; and that the opening ceremonies will be conducted solely with a secular program and not in accord with the canonical rites of the Holy Apostolic Armenian Church”.

Furthermore the Catholicosate of All Armenians considers “this action of the Turkish authorities against the pious Christian beliefs and emotions of the Armenian people cannot be perceived as a positive step on the path of bringing the two nations closer”.

Press Release by the Congress of Canadian Armenians

Montreal, March 23, 2007 – The Turkish government has funded the renovation of the historic Armenian church located on Akhtamar Island in Van with an ulterior motive – to use it as a propaganda tool as it lobbies governments and legislators around the world against recognizing the Armenian Genocide.

The Turkish Ministry of Culture and Tourism has spent $1.5 million dollars on this project. The Governor of Van, with the assistance of Turkish Embassies around the world, has invited 3,000 people to attend an opening ceremony at the site on March 29, 2007. These include many Armenians in Armenia and throughout the Diaspora of whom several are in Canada. At first glance that may sound like a good thing, but there is a decidedly self-serving side to these actions by the Turkish government.

Harut Sassounian, Publisher of The California Courier, reported on March 22, 2007 that the Turkish newspaper Zaman has let the cat out of the bag as to why the Turkish government would spend so much money to renovate the Akhtamar church. Last week a Turkish delegation led by Mehmet Dulger, Chairman of the Foreign Affairs Commission of the Turkish Parliament, came to Washington to lobby against the adoption of the Armenian Genocide resolution by the U.S. Congress. They brought with them copies of a photo album of the renovated Akhtamar church published by the Turkish government, and used them in meetings with U.S. Congressmen saying: “Turks, whom you accuse of genocide, have renovated an Armenian church with taxes collected from Turks.” Zaman also reported that the album will be distributed worldwide to all organizations advocating “Armenian genocide claims”, and that representatives of countries who have adopted or are planning to adopt an Armenian Genocide bill have been invited to the opening ceremony on March 29.

The renovated Akhtamar church is referred to in the invitations as “The Monumental Museum of Akdamar Church”, and an enclosure provides a historic overview of its construction and expansion in the 10th, 13th and 18th centuries without any mention whatsoever that it was ever an Armenian church. In other documentation, the carvings on the walls are said to “show an influence of 9th and 10th century Abbasi art, which was itself influenced by Central Asian Turkish Art.” It has now been designated a museum and not a church open for Christian worship, and it remains under the jurisdiction of the Ministry of Culture and Tourism and not of the Armenian Patriarchate. The cross on the dome of the church has conspicuously not been replaced. All of this is insulting to the memory of Armenians who lived and worshipped in Van until they were brutally killed.

There were thousands of Armenian churches and monuments before the Genocide of 1915 in what is present day Turkey. The vast majority of them were confiscated from the Armenian Patriarchate, converted to non-religious use, abandoned to the ravages of time, or outright demolished  by Turkish officials some as recently as just a few years ago. This is insulting to all Armenians.

The Republic of Armenia is forced to respect official state-to-state protocol, so as not to inflame Turkey, and will therefore be sending its Deputy Minister of Culture to the opening ceremony on March 29. However, at a news conference in Yerevan on March 21, Armenia's Minister of Foreign Affairs Vartan Oskanian expressed regret that the Turkish side does not respond to any initiatives directed at normalizing relations with Armenia. As if in answer to this comment, the Turkish military summarily vetoed a proposal by the Turkish Ministry of Culture and Tourism that the border with Armenia be temporarily opened for the one day of the opening ceremony in Van.

It is up to Armenians throughout the Diaspora to counter this latest propaganda initiative by the Turkish government. The Congress of Canadian Armenians is part of this worldwide effort. Nothing short of the Turkish government finally recognizing the Armenian Genocide will satisfy Armenians, and every year more countries are joining the growing voice asking Turkey for this recognition. Canada did so in April 2006. 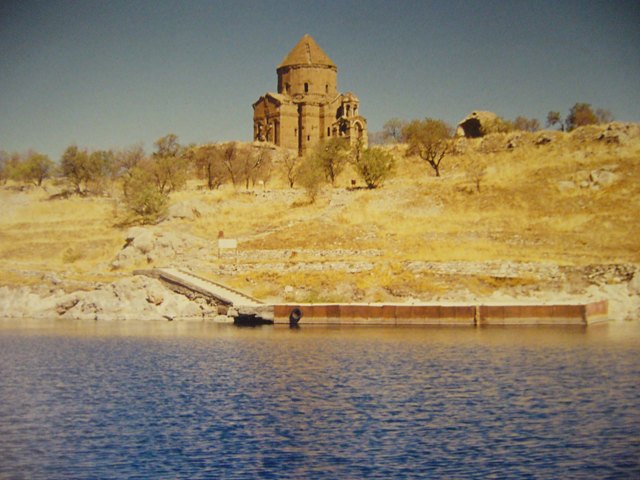 Newer PostA meeting between the Central Executive Committee and the representatives of dioceses
Older PostShahan Kandaharian: 'Armenian people to benefit from dual citizenship'