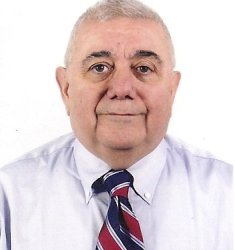 Garbis Kesisoglu, an Armenian intellectual who hails from Istanbul and lives in Germany, has recently visited South American Armenian communities in Buenos Aires and Montevideo and has published his impressions in “Marmara” daily of Istanbul (12 March 2014).

After offering a historical narrative about the arrival of Armenians and their first attempts in establishing churches and schools in that region, Kesisoglu describes the changes that have shaped the communities throughout generations (from first until third and now fourth generation).

The Spanish language started to have strong presence in the life of the second generation when Armenian schoolchildren started attending public schools. Armenians started communicating in Spanish in their homes and even in the churches. The number of children decreased in the Armenian schools, mix marriages increased. Many Armenians did not care to attend community life. Armenian newspapers and other publications were shut down or replaced with Spanish ones.

Currently the number of Armenians in Argentine and Uruguay is estimated to be two hundred thousand. The number of those who continue to speak Armenian is limited. There are some 10 thousand new arrivals from Armenia, who naturally speak Armenian, but do not wish to intermingle with community activities.

Kesisoglu says: “The world has changed and we are living in a digital age. The Armenian communities should examine their situation carefully, if they want to survive. It is very sad that we cannot expect much from the Church nowadays. How can we bring the new generation closer to the establishments? The same situation prevails in the United States,” he comments.

He believes that the most important issue is how to make Armenians feel proud about their heritage.

“If the young generation does not struggle to keep the Armenian identity, we will be facing a situation in which several decades later there would be people with Armenian surnames only,” Kesisoglu concludes.

Read the complete article in Armenian.