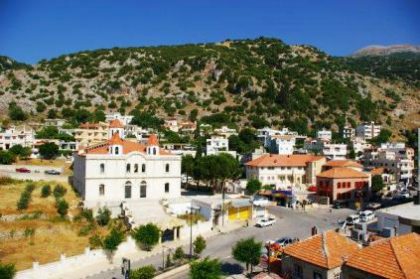 The Armenian high school of Sydney (Hamazkaine Galstaun College) has organized a “Masara” event on 27th April 2014, at the premises of the College in Ingelside, Sydney.

The perparation of “Masara” (fresh grape syrup) is a traditional pastime undertaken by Armenians of Kessab, Syria, for hundreds of years.

Kessabtsis living in Australia will have active participation. Armenians living in Australia are encouraged to attend this unique event, while those living abroad can send their words of encouragement, thus showing support and commitment for the future task of rebuilding of Kessab. Words of support will be read to attendees during the event.

Traditional food, fresh grape syrup (Masara), lottery tickets and  DVDs about the history of Kessab will be sold. Donations are encouraged. Proceeds will be donated to the Kessab relief fund.

Kessab, a historical Armenian town in the north-east of Lattakia, on the way to Antioch, has become one of the newest battlefields in a long and brutal Syrian conflict, causing the population of 650 Armenian families to flee to the neighboring coastal city of Lattakia. Some of the refugees have reached Lebanon and Armenia.

The majority of the poeple of Kessab hopes to return to its ancestral land.

About Kessab in Wikipedia (recent events since 21 March 2014 have not been included yet):
http://en.wikipedia.org/wiki/Kessab