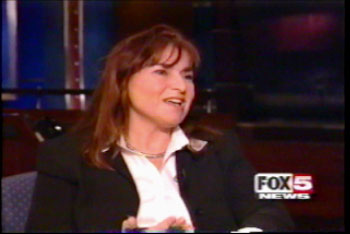 Dr. Ani Kalayjian is an internationally recognized expert on the psychological effects of trauma in disaster area victims, and the author of the authoritative handbook: “Disaster and Mass Trauma: Global Perspectives in Post Disaster Mental Health Management”.

She has travelled to many countries to assist health professionals treating trauma cases after natural and human made disasters and to train psychiatrists, psychologists and general practitioners in post-trauma therapeutic interventions.

We had the opportunity to conduct this interview with her:

We know Dr. Ani Kalayjian through her lectures, seminars, campaigns and other activities related to trauma prevention and therapy. Can you describe us the path you have followed up to this moment?
I began with the desire to help my family and my community who I thought was suffering from sadness and anger related to the generational transmission of mass trauma of the Ottoman Turkish Genocide of the Armenians.

I founded an NGO, a not-for-profit organization, Armenian American Society for Studies on Stress and Genocide (AASSSG). We will celebrate our 20th year anniversary in 2008. We founded it in 1988 and at the time we gathered about eight Armenian psychiatrists, psychologists and social workers and right away we started. The mission was to research the impact of the Genocide so our goal was to get to the survivors as soon as possible because they were advancing in age. Ultimately we wanted to look at the generational transmission, because I have come across many people who are angry, sad or withdrawn within the Armenian community. There are others who are over-involved or completely disassociating themselves from the community, changing their last name and becoming Americanized rather than integrating positive elements of both cultures.

Since childhood you have been traveling a lot and have been exposed to many cultures, how has this affected your career?
Tremendously well, as I became an international expert. I have lived in three cultures first hand, and have integrated the positive elements of all three cultures, religions, and costumes. It has made me a well rounded person, who is very open, accepting, non-judgmental, and spiritual.

You have been dealing with trauma therapy in Armenian and other instances. How can an event like the Armenian Genocide that happened almost a century ago affect the lives of modern day Armenians? At what stage of the healing from the Genocide trauma we are situated as a nation?
I was really tired of years of people denying and trying to combat and react to revisionist Turkish historians, and Turkish government propagandas. I thought the best way to affirm that the Genocide has taken place was to reach out to the scholarly community, show them that these are the reactions of the Genocide survivors. Once you present what the survivors are feeling, there is less question of whether it happened or not, because you are looking at the outcome, almost like a fait accompli. That was the very first paper that was published on the Genocide because it was a systematic research. Forty survivors were interviewed using the same questionnaire and we compiled and analyzed the findings and we had it published in the Journal of Traumatic Stress. When we finished the paper, it was a 25-30 page paper. But the Journal's Editorial Board (which comprised of 75% Jewish scholars) objected to the historical view because of the Turkish pressure. We handed it in 1991 and it was published in 1995. It?s natural to wait 1-2 years to have the article approved but we went back and forth through several revisions. It wasn?t because of the merit of the research; it was only the historical information that we had to revise. That shows the political nature of the article and the subject.

Do you speak to an Armenian audience in different language compared to the way you speak to a regular audience? Do you think that there are issues that we as a nation can have better understanding due to our national experience?
NO, not in another language, but in a different focus. I think Armenians are so much stuck in the recognition and the denial issue that they have not processed and healed their traumas. Therefore, my focus is on healing and not on political recognition. There are ways to validate your own trauma that you need now wait until your 'enemy' or the perpetrator to admit it. Turkey's government is not unique in their denial, if you review historical traumatic events, you will realize that no tyrant or perpetrator has come forth willingly to admit their wrong doings without a force from another nation (such as what happened with the Holocaust), or admission years later such as in America (in the case of Native Americans).

The indifference that we sometimes witness in Armenian youth towards community life is attributed to the repeating of the same issues (Genocide, assimilation, cultural challenges, loosing of national language etc) to the extent that the young get fed up or bored. Do you have a different formula in keeping the young involved in national or community life?
Majority of world youth is not involved, therefore this is not a unique situation for Armenians. American youth is also suffering from this pandemic of “boredom.”  I see it in my clinical practice, I see it when I travel to China, Korea, Japan, Middle East, Armenia, Turkey, Argentina, everywhere I go. As humanity we are in a very dark place of continued wars, genocides, greed, self-centeredness, etc. The youth is not motivated to repeat these, and confused how to go about to change the situation, so they are in an indulgence apathetic phase.

My recommend for the adults to begin evaluating their own actions, government embracing a transparent, caring governance, as we need to begin changing ourselves so we become a positive role models to our youth.

Can you describe your short term plans, let us say in the year 2008?
Our plans are multiple and multifaceted. I preside over several non-governmental organizations. I mentioned AASSSG above, I also have Association for Trauma Outreach and Prevention. I will get into this one another time.

Within AASSSG, we have several other focuses. Besides research we have annual commemoration of the Genocide, because commemorations are wonderful opportunities to reflect on what survival ship means. We also help other communities that are suffering and helping other nations that have gone through Genocide. Every year we have included, invited, and incorporated other ethnic groups, people that have suffered, Greeks, African Americans, Kurds, South Africans, and Rwandans. Each year we make an effort to reach to another undeserved cultural ethnic group that has faced oppression or mass trauma in their history. We focus on that and integrate and bring about a symposium that usually takes place at Fordham University, Lincoln Center, because I am a Professor of Psychology at Fordham.

In addition, we have dissemination and outreach to the next generation through an essay contest, the Kreiger Essay Contest. Every year we have between 300 and 400 essay submissions from students in high schools and colleges. The focus of the essay contest is ?What the legacy of Genocide means to me?. We want the students to research the past and draw themes from what is going on today, why these things are still happening. We want them to think from a very young age that wars and genocides are unhealthy to humanity emotionally, physically and psychologically. These students become our Ambassadors of change and peace. They are not Armenians, they are international, Russian Jews, Polish, Asians, Italians, and others.

AASSSG also celebrates a Genocide scholar every year, giving out the Outstanding Achievement Award. This year it went to Dr. Helen Fein. In the past we've honored Ronald Grigor Suny, Peter Balakian, Margarie Hovsepian, and non Armenians such as Israel Charney from Israel, Prof. Robert Lifton from Harvard, etc.

We also try to disseminate the word of the Genocide of the Armenians through our publications. We do collaborative publications. There?s an international handbook on Generational Transitional Trauma and there?s about 30 chapters and one of them is on the Genocide of the Armenians. So we try to get any opportunity in books or other publications to join in. We have over ten publications on this topic. We also provide dissertation advice and dissertation support for individuals who are doing their research on the Genocide. We have several doctoral students currently both Armenian and non-Armenians that we provide dissertation support to.

Have you been visiting any Middle Eastern country lately? What experience you gained from such visit?
Yes, we conducted a Mental Health Outreach for post war Lebanon.

Is your work acknowledged in Armenia or in Armenian communities abroad (such as in US or Canada)?
Well, I think my responses above will attest to that. I have been lecturing in and around US in over 30 states and cities, as well as Canada both Montreal and Toronto, including the UN Climate Conference in Montreal.

Dr. Ani Kalayjian in our Directory.