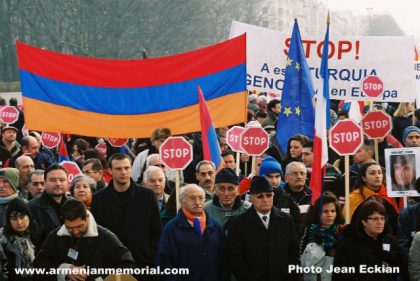 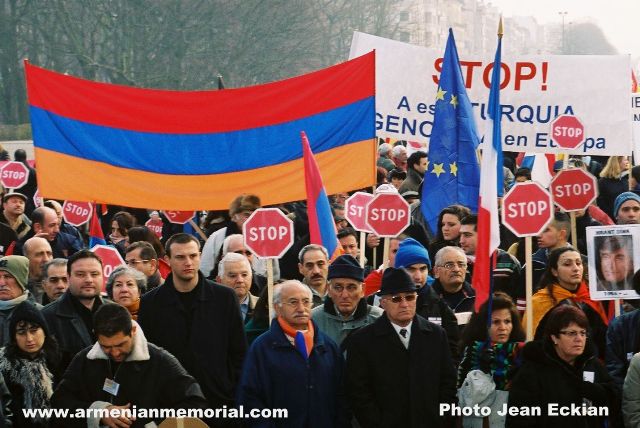 Hundreds of European Armenians demonstrated in Brussels Friday (14 December 2007) to urge the European Union to force Turkey to recognize the Armenian genocide before joining the bloc.

About 800 people participated in the protest in a park several hundred meters from Brussels' E.U. quarter where heads of state and government were holding a summit.

While the E.U. has demanded that Turkey improve the respect of human rights and recognize Cyprus, the recognition of the Armenian genocide has never been a condition for it joining.

Armenia?s Prime Minister Serzh Sargsyan reaffirmed earlier this week his support for Turkey?s membership in the EU, saying that it would benefit his country. “I think it would be good for us if Turkey's desire to become a member of the European Union were satisfied,” he told the Financial Times* during a visit to Brussels. “Maybe the problems between us could find a solution within an EU framework.”

Unlike some other Armenian leaders, Sargsyan did not call for any EU preconditions for the Turkish membership.