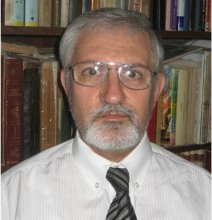 YEREVAN, ALEPPO (Yerkir)?There is no threat that the Armenian community in Syria will be displaced or vacated, the spokesperson for the Syrian Prelacy, Jirair Reisian said in an exclusive interview to Yerkir.am on Monday.

As news outlets report on the increasing tensions in Aleppo, Syria's largest city and home to the largest concentration of Armenians in Syria, the community has taken measures to help, fortify and protect the Armenian community there.

Reisian explained that, under the auspices of the Prelacy, Armenian organizations, institutions and youth have come together to ensure that community members and others living in these areas are unharmed and the needs of the community are met. Through volunteer neighborhood watch groups and organizational centers, the Armenian neighborhoods in Aleppo, Damascus and elsewhere are being protected.

Reisian explained that the heavy fighting in Aleppo has not yet impacted the Armenian neighborhoods, but has made essential supplies scarce, with most municipal services, such as garbage collection, have been halted. As such, Reisian said, that the area youth have undertaken this effort to ensure that the accumulating trash does not cause spread of diseases and other matters that could complicate the situation.

He also reported that all stores remain closed and people, generally, are staying home.

The escalating violence in Syria has led to concerns in Armenia and elsewhere about the fate of the important Syrian-Armenian community. Some in Armenia have protested the government, urging immediate action to accommodate Syrian-Armenians who are leaving their communities and seeking refuge there. The Armenian government last passed measures that significantly ease conditions for acquiring Armenian passports by Lebanese and Syrian citizens.

On the other hand, calls for assistance to the Syrian-Armenian community continue with the Armenian Relief Society establishing a fund in May to secure the needs of the community. His Holiness Aram I, Catholicos of the Great House of Cilicia has also called for mobilization of all Armenian to help the Syrian Armenian community.

Reisian said that returning to the homeland and making Armenia their home has always been a dream for every Armenian. But, in practical terms, the current situation in Armenia, as well as the economic conditions in Syria are impeding such mass exodus to Armenia.

The lack of jobs, resources and an infrastructure in Armenia, coupled with the severe economic crisis in Syria are making it difficult for people to move to Armenia. However, Reisian said, if the Armenian authorities were to make necessary arrangements, as an emergency and temporary basis, then many Syrian Armenians might consider a relocating to Armenia.

Despite all the difficulties, Reisian stressed that the Syrian-Armenian community will forever protect the historic community and will continue the unwavering advancement of the historically significant community.

“There is no danger or threat of the Armenian community being emptied, displaced or dissolved,” stressed Reisian.