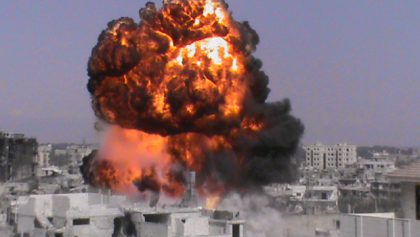 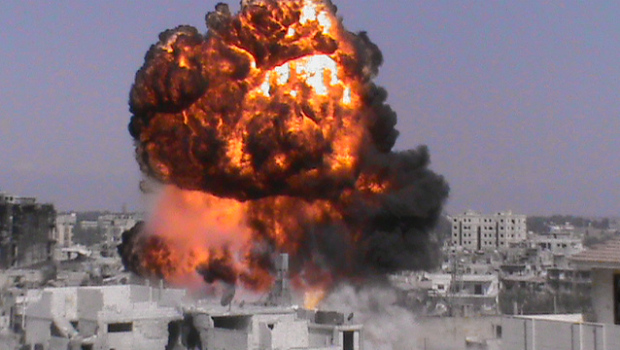 In recent days, as violence continues to rage in Syria, various steps have been taken in Armenia to address the rather tenuous situation of the Armenian community there. After much controversy over Armavia's rising airfare prices, which prompted critics to accuse the company of taking advantage of the Syrian Armenians' marked vulnerability, Armavia announced that it would provide low-cost flights from Aleppo to Yerevan, reported Armenian news sources. The Armenian government, meanwhile, introduced an amendment to existing citizenship laws on July 26 that will allow Syrian and Lebanese citizens of Armenian descent to receive passports from consulates and embassies.

Syrian Armenian journalist Harout Ekmanian, who is currently working for CivilNet in Yerevan, believes such steps are a matter of duty?not choice. “I won't thank Armavia because of this. They must do this,” he told the Armenian Weekly, although he has reservations about how the national conversation on emigration and aid is conducted.

The issue of immigrating to Armenia is not as simple as one might imagine. First, many in the community are not willing to abandon the country?Syria?that they have called home for decades. Even if the will is there, abandoning homes and properties?temporarily or otherwise?has proven to be an impediment. The real estate market in Syria at the moment is suffering, and without financial security, surviving in Armenia will have its share of challenges.

“Do most Syrian Armenians want to leave the country? Can they? Is it right to leave?” asked Ekmanian. “In many cases, those who left their homes saw them looted and burned. We have the example of what happened to an Armenian photographer's home in Damascus. Of course lives are more important than property, but most Armenians are below middle class?” he told the Armenian Weekly.

Armenia and the Diaspora

Historian Ara Sanjian at the University of Michigan-Dearborn believes Armenians worldwide must provide moral and financial support to the Armenians in Syria, “especially if and when schools reopen in the fall.” Already, the Armenian Relief Society (ARS) has set up a fund to assist Syrian Armenian Schools.

Armenia and Armenians worldwide should “use every moment of peace to send writers and artistic groups to Aleppo and elsewhere to raise the morale of the people as much as possible,” said Sanjian. “[Some might] remember how [during the civil war] in Lebanon, artists and scholars used to come from Armenia and elsewhere and their events used to change the mood within the Lebanese-Armenian community, at least for a while.”

As to the efforts of the Armenian government, Sanjian believes that while they are well intentioned, the officials' poor understanding of diasporan communities has handicapped them to some extent. “The Armenian government can do very little because of the situation on the ground in Syria, the poor economy in Armenia, and more importantly, because there is very little hard knowledge among the government officials and pundits in the media about the realities of diasporan life. The persistent lack of serious interest in analyzing the diaspora in the past has now shown its consequences. I hope that, in the aftermath of the Syrian crisis, more effort will be spent in academia and the media in Armenia to study the diaspora in depth and with realism,” he said.

Ekmanian, too, is critical of the Armenian government's stance, and considers their efforts?”declaring some special treatments for Syrian Armenians, reducing flight costs, a few sentimental announcements by a minister or an administrative [official]”?insufficient. He believes that the government should instead be engaged in “serious dialogue with all the parties involved?to guarantee the wellbeing of Syrian-Armenians inside Syria? The Armenian government must include this issue in its foreign affairs priorities. None of this is happening and the Armenians are left to the mercy of the conflicting sides. Luckily, so far the Armenians haven't been targeted, but are we waiting for that to happen to start acting?” he told the Weekly.

In an opinion piece published in Hetq, Ekmanian questioned the figures tossed around when talking about Syrian Armenian immigration to Armenia. He argued that many Syrian Armenians are not immigrating; rather, they're seeking alternate destinations for tourism, because vacationing in Syrian summer spots, such as Kessab, may no longer be an option. He also argued that Syrian Armenians residing outside of Syria are more likely to vacation in Armenia rather than in Syria. “For the government of Armenia, it remains that they provide aid to only those who ask for it?be they Armenians from Syria or elsewhere. After all, Armenia must figure out whether it will be home to all Armenians, or just their tourism destination.”

The Armenian Revolutionary Federation (ARF) is also cautious on the matter of immigration, arguing that Armenians must not be encouraged to abandon Syria. “People willing to come here must be helped, but we must not initiate their relocation,” ARF spokesperson Giro Manoyan told reporters in Yerevan.

In an interview with Yerkir Media, ARF Bureau representative Hrant Markarian noted that Armenians are an integral part of Syrian society, and as such it's expected that instead of fleeing, Armenians remain and weather these difficult times with their neighbors. He stressed, however, that in no way does he blame those Syrian Armenians who wish to immigrate to Armenia. Markarian, too, was skeptical about reports of a large influx of Syrian Armenian immigrants, considering it a temporary move or tourism, not permanent out-migration. He also criticized media reports of Syrian Armenian immigration, and warned against inadvertently encouraging it or creating panic.

“Let's be fair and recognize that unfortunately our country is not the sort of country that can handle a large number of refugees,” said Markarian, adding that currently Armenia is not able to house or support financially needy refugees, given that the current poorer segments of Armenia are not receiving such treatment.

Since the beginning of the current crisis in the spring of 2011, Iran, Russia, and China have consistently maintained their support of the Assad government; the Gulf States, along with Turkey, the U.S., and Western European governments like France and the U.K., have sided with the opposition. Most members of the small Armenian community, including the leadership, seem to be hoping for victory for Assad's government, weary of the uncertainty the alternative might bring in the future, said Sanjian. He characterized the situation on the ground as “fluid.” “Nobody really knows who has the upper hand,” he said. The government, however, seems to still have control in Damascus, where it squashed an uprising last week after the bombing of security headquarters.

There is a minority within the Armenian community in Syria that is increasingly critical of the government's handling of the crisis, although these Armenians are still not as vocal in their criticism as are opposition supporters in other communities, Sanjian said. “The current opposition and its various backers are united only because Assad is still in power in Damascus. If he gets out of the picture, the opposition and its backers may fall out amongst themselves for the spoils. However, this is still a hypothetical situation,” he added.

Sanjian believes foreign powers will have a major influence on how the crisis ends, which is now almost at the point of a full-blown civil war. “The stakes are high internationally, and that's why there is so much foreign involvement. Perhaps, the outcome is no longer in the hands of Syrians? At the moment, Assad has no readiness to go. He probably still believes that he can crush his opponents. I do not think there are serious negotiations on the international level to secure a peaceful solution. Both Assad and his Syrian opponents are still for an ?either-or' outcome,” he explained.

Between 60,000-70,000 Armenians call Syria home, constituting less than 0.5 percent of the country's total population. More than half of them live in Aleppo, with the other half scattered in such cities as Latakia, Homs, Qamishli, Hasakeh, Yaqubiye, Raqqa, Kessab, and the capital Damascus.

*Nanore Barsoumian is the assistant editor of the Armenian Weekly. She earned her B.A. degree in Political Science and English from the University of Massachusetts (Boston). Nanore's writings focus on human rights, politics, poverty, environmental and gender issues. She speaks Armenian, Arabic, and French. Email Nanore Barsoumian at [email protected], or follow her on Twitter (@NanoreB).

Newer PostJirair Reisian: We will preserve the historic community
Older PostCatholicos Aram: Armenians in Syria remain loyal to their homeland and its people