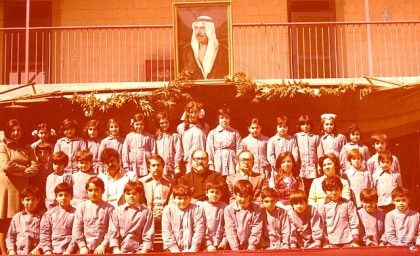 Azad-Hye, Dubai, 26 May 2006: After the formation of the United Arab Republic in Egypt and Syria (1958), many Armenians emigrated to the United States, Canada, Australia, Argentina and elsewhere. Some of them arrived in Kuwait, then a desert Emirate, with limited modern comforts.

In 1961 priest Barouyr Sarkissian settled down in Kuwait City and served the community for more than thirty years, including 9 years as a Principal of the Armenian School (1961-1970).

The Kuwaiti Armenian community was originally formed by bachelors who were employed in light industries, auto repair shops, electronics, services etc. Eventually they got married and brought to Kuwait their brides from their countries of origin (Syria, Lebanon, Iran, etc.).

As their children reached schooling age, the need for learning the Armenian language, history and religion led to the establishment of a school in the late 1960's.

The new premises of the school was inaugurated in 1972, during the tenure of Principal Manuel Charshafian (1972-1978).

Since then the number of the Armenians in Kuwait expanded and reached a peak of 10000 in the mid 1980's. The number of students enrolled in the Armenian School scored a record 700 pupils. High School section (Jemaran) was introduced, enabling graduates to get enrolled in University studies worldwide. Today the school covers the whole range from kindergarten to the 12th grade.

The invasion of Kuwait by Iraq caused damage to the State of Kuwait and the Armenian Community. Fortunately the invasion took place in August (1990), during which many Armenian families were already outside the country and did not directly suffer the consequences of the invasion. Only 500 Armenians remained in Kuwait during the six months of the Iraqi invasion, many fled the country through the Saudi border.

After the restoration of national authority in Kuwait, many Armenians returned to their positions in Kuwait, yet a considerable number continued living in new places. The returned ones were compensated by the Kuwaiti government (through special arrangement with the United Nations) with monthly salaries that covered the complete period of invasion.

Dr. Manougian gave us also the overall number of the educational and auxiliary staff as follows:

The number of the Armenians in Kuwait, according to Dr. Manougian is no more than 3300. More than 70% are Syrian-Armenians and the rest are from Lebanon and other countries. Lebanese Armenians are mainly from Ainjar (Mousalertsi).

Until 1990 (the year of the Iraqi invasion), the percentage of the Iranian Armenians was 30%, but almost all of them emigrated later to Western countries. Currently many Syrian-Armenians use the so-called Armenian passport for Diaspora (special residency status), which is easier for obtaining Kuwaiti residency visa.

The number of graduates from the Secondary level (Jemaran) is 381, although thousands of students have attended the school during different periods of time. The mobile status of the families living in Kuwait has contributed to the fluctuation of the figures.

Azad-Hye had also the opportunity to meet with the newly appointed Deputy Principal Peggy Tokmakjian (graduate of Aleppo College and English Literature Department in the University of Aleppo 1990, former Principal of “Accad” Computer Science Center in Aleppo, Syria). She briefed us on the educational aspects of the Armenian School in Kuwait.

See complete set of photos of the Armenian School in Kuwait here: http://www.azad-hye.net/photos/viewalbumpicture.asp?al=qhsdtrnshy111376a 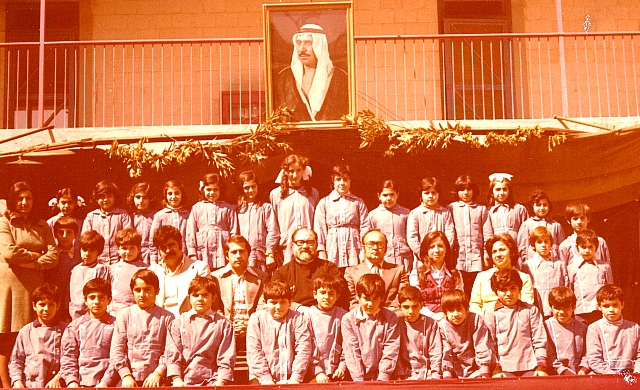