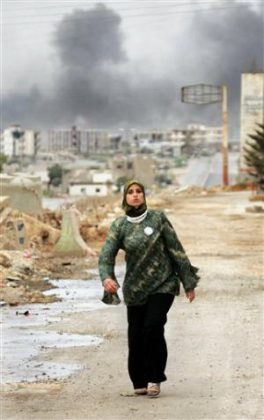 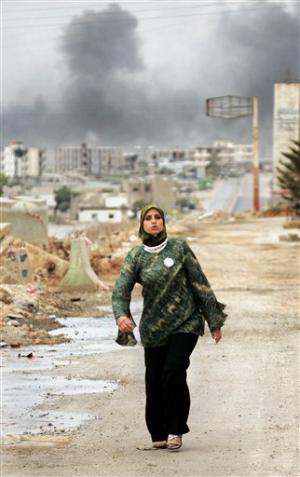 Clashes in Northern Lebanon between the Lebanese Army and the islamists in the Palestinian Nahr al-Bared refugee camp is not an assault against the Palestinian people, stated Gabriel Geara, the Ambassador of Lebanon to Armenia in a 01 June 2007 meeting with journalists.

In the Ambassador's words, the Lebanese Army's actions are aimed against the Fath al-Islam extremist grouping, which includes representatives of various countries. They secretly entered Lebanon and concentrated in Nahr al-Bared Palestinian camp. During May Fath al-Islam's militants attacked positions of Lebanese Army in Tripoli, as a result of which more then thirty Lebanese servicemen were killed.

In Gabriel Geara's words, the grouping has the goal to damage the country's security and to undermine Lebanese unity. Mentioning that the grouping, in which Lebanese make 10%, does not receive any assistance inside the country, at the same time, he did not exclude that Fath al-Islam, which has financial resources and arms and ammunitions, is assisted from outside. As the Ambassador affirmed, the above mentioned clashes cannot be a basis for resumption of a civil war in the country.

In Ambassador's words, the authorities of Palestine and other groupings of that country condemned Fath al-Islam's actions. The Arab League and the UN Security Council also made statements of the kind.

Gabriel Geara said that the Lebanese government will continue assisting Palestine and the people of that country. He reminded that at present there are nearly 400 thousand Palestinians in 8 Palestine camps in Lebanon. Though these camps have autonomous status and the Lebanese Army, according to 1969 Arab League agreement, does not enter the camps, nevertheless, in Ambassador's words, if the militants continue using the camps as a point of support, the army will have to break the agreement. The Lebanese government tries to take out the peaceful Palestinian population from the camp. The peaceful population is involuntarily used by militants.

Answering journalists' questions, the Ambassador said that the Turkish contingent functioning in the staff of peacekeepers located in Lebanon, against which Lebanon's Armenian community staged protests, functions exclusively within the limits of the UN peacekeeping mandate. On the whole, in Gabriel Geara's words, the Armenian population of Lebanon, which did nor suffer during the civil war, continues to be far from places of clashes today and no danger threatens it.

In response to the question about Lebanon's position in connection with the Nagorno Karabakh conflict, the Ambassador said that this issue is not primary for his country's foreign policy. In Gabriel Geara's words, Lebanon together with Azerbaijan is a member of the Organization of Islamic Conference (OIC). Regarding voting on that issue in the United Nations, in Ambassador's words, Lebanon has always shown a neutral position.