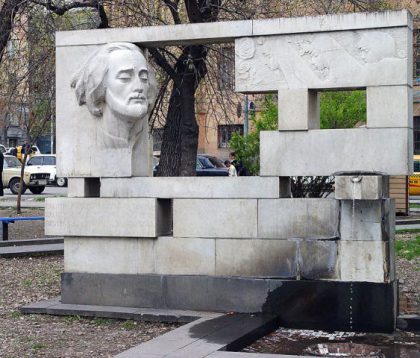 The festival was held on 27 May 2007 in Tbilisi, the capital of Georgia.
?
An annual Vartadon (Festival of Roses) dedicated to memory of Sayat-Nova took place on 27 May 2007 at the Saint Kevork Armenian Church in Tbilisi, Georgia. Officials of Georgia and Armenia, art figures from both countries participated in the festival. A budget of 5 thousand U.S. dollars was allocated from the state budget.
?
Zhenia Avetisian (artist), Dudukner (instrumental music quartet), Sayat-Nova and Nazani ensembles of goosans' (poet-singers) took part in the celebration.
?
Karine Khodikian, Armenia's Deputy Minister of Culture and Youth stated at the 30 May 2007 press conference, Vartadon is celebrated also in Yerevan starting from 2006. In her words, the Government envisages to allocate every year money from the state budget for the organization of Vartadon festival.
?
The festival was launched in 1913 when the 200th birthday anniversary of Sayat-Nova was celebrated in Tbilisi on the initiative of the famous Armenian poet Hovhannes Toumanian. Since then it is customary to have the celebration in the yard of the Saint Kevork Church in Tbilisi every year, on the last Sunday of May.
?
During the celebration lovers of Sayat-Nova's songs lay red roses to the poet-singer's grave.
?
Source: “Noyan Tapan”, 31 May 2007 (adjusted)

ADDITIONAL READING
?
Sayat-Nova: (June 14, 1712 ? September 22, 1795), or 'King of Songs' is the name given to Harutyun Sayatyan. He was probably born in Sanahin, where his mother was also born, he grew up in a village near Tbilisi, Georgia. He was skilled in writing poetry, singing and playing the kamancheh. He performed in the court of Heraclius II of Georgia, where he also worked as a diplomat, and apparently helped forge an alliance between Georgia, Armenia and Shirvan against the Persian Empire. He lost his place at court when he fell in love with the king's daughter, and spent the rest of his life as an itinerant bard. In 1795 he was killed in Haghpat by the army of Agha Mohammed Khan.
?
About 220 songs can be attributed to Sayat-Nova, although he may have written thousands altogether. These songs are still sung today. His songs are written mainly in Armenian, but also in Persian, Georgian and Azeri. He also knew Arabic.
?
A sculpture to Sayat-Nova in YerevanSayat-Nova was officially recognized as the greatest gusan (folk singer-songwriter) that ever lived in the Caucasus (the area between the Black and the Caspian sea, shared among current Armenia, Russia, Georgia and Azerbaijan). The world-famous Armenian composer Alexander Arutiunian wrote an opera called “Sayat Nova”. There is a street and music school named after him in Yerevan, Armenia (Wikipedia).
?
Photo: A sculpture to Sayat-Nova in Yerevan 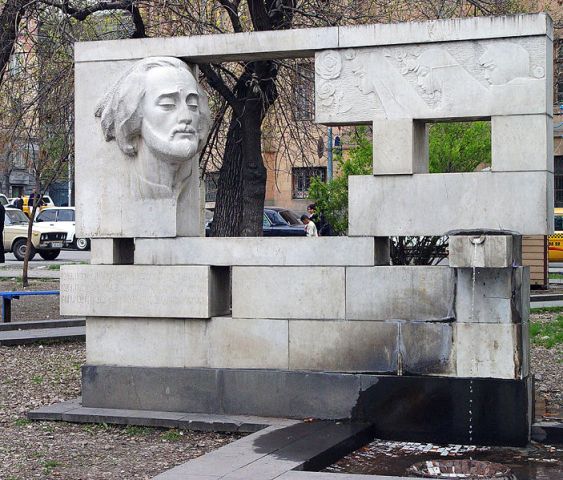