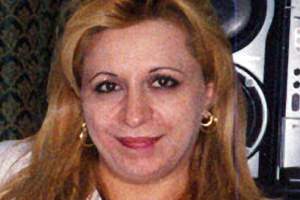 We have always talked about our achievements in the UAE, something which we are all proud about. Many Armenians have excelled in their private businesses or as part of other establishments.

When the Soviet Union collapsed and Armenia emerged as an independent state, suddenly the borders were opened for traveling outside. Combined with the dire and compelling economic situation in Armenia in the 1990s, a new wave of travelers arrived in Middle East location: the prostitutes.

A great percentage of these individuals however were victims of trafficking. They were allured with the prospect of finding decent or good-paying jobs in different countries. They had family expenses to meet, especially in a time when unemployment was very high in Armenia, partly due to the economic blockade of unfriendly neighboring countries.

For many of these victims Dubai was supposed to be a transit point to reach other destinations (mainly in Europe), others were promised respectable work in Dubai itself. The ring of trafficking criminals was so tightly knitted that after the initial arrival to Dubai the passports of the victims were confiscated and they were forced to work in prostitution.

The UAE regulations at that time were not very much inclined to provide the necessary support to the victims. It was a new phenomenon in the country. Untrained officers were not able to draw the line between the real human trafficking victims and the willingly working prostitutes. On the other hand, the victims were afraid to approach the authorities because of the fear of being accused for overstaying in the country and being imprisoned against prostitution charges. The social stigma associated with the deportation and the humiliation when arriving back home were not particularly encouraging signs. Let aside that brutal exploiters (see below the story) were not willing to let any gap in their system that could allow the easy escape of any of the victims.

It is very fortunate that Armenia and UAE will be soon signing a pact on human trafficking.

Armenian Ambassador to the UAE, Vahagn Melikian, told Dubai daily Khaleej Times (19 May 2009) that the Armenian government is cooperating with the UAE authorities to stop human trafficking.

?We are in the process to finalize it soon. After this agreement we will be able to deal with the matter more efficiently,? said Mher Mkrtumyan, deputy head of the Armenian Embassy in Abu Dhabi.

The two countries recently cooperated to help uncover a human trafficking gang responsible for trafficking many victims to the UAE and forcing them to work as prostitutes. The gang?s leader Anoush Martirosyan (Madame Anoush) and her two sisters were sentenced by a court in Yerevan in April 2009.

Abu Dhabi // Ani was 20 and working on a market stall in “Bangladesh” neighborhood in Yerevan, the Armenian capital, when she was given an offer she couldn?t refuse ? the chance to work as a nanny in Dubai for a tempting tax-free wage.

But Ani, like many women before her, had fallen victim to a sinister human-trafficking ring run by three Armenian sisters. When she arrived in Dubai, her passport was taken away and she was sent to live with ?Madame Anoush? in her brothel in Deira, where she was forced into prostitution.

Anoush Martirosyan, 40, the leader of the operation, was sentenced to 13 years in prison by a Yerevan court on April 20 after UAE and Armenian authorities worked together to gather evidence against her.

The testimony at her trial paints a grim picture.

Ani was told she would have to work as a prostitute to pay back the money spent bringing her to the country. Any protests were met with beatings.

?There were days when she?d beat us and not feed us if we didn?t work,? Ani, now 26, recounted in court, according to the Armenian online newspaper Hetq.

?She would line us all up in a row and grab her shoe … It didn?t matter whether I worked well or poorly, she?d always hit me,? she told Hetq. ?One day I complained, saying that after all the work I was doing she wasn?t giving me any money. Upon hearing these words she rushed me into a taxi, took me back to the house, and proceeded to beat me with an iron bar.?

Ani said she escaped several times, but recalled how she was brought back by ?Ponytail Ali?, a henchmen the prostitution ring used to teach a lesson to those who caused trouble.

Milena, 35, another victim who testified, said Martirosyan would instil fear in her workers by calling on Ponytail Ali.

?There were about four to six girls with Anoush,? Milena said. ?Whenever a new girl was brought to the stable, they?d call Ponytail Ali to make a visit so that they?d recognise his face.

?If anyone was making problems they?d phone Ponytail Ali. He?d go find the girl, take her out to the desert, have his way with her, beat her and then take her to the boss.?

Milena said she finally managed to get her passport back, but still was trapped.

?I had no money. It wasn?t only a question of a visa or plane ticket. I also had to pay a fine because I had stayed in Dubai without any visa for about one year,? Hetq quoted her as telling the court.

She said that in desperation, she hatched a plan to be deported.

?I went to a hotel where drinking wasn?t allowed and started downing some beers. I lined up the empty bottles on the window-shelf. Then I rang up the police, who came and jailed me for two months. On May 4, 2008, I was deported.?

Sara Suhail, executive director of the Ewaa Shelter for human trafficking victims in Abu Dhabi, said women brought here against their will should never feel helpless.

?Maybe sometimes victims aren?t aware of the efforts the country is dealing with this problem and don?t know that there are now procedures and laws in place,? Ms Suhail said.

She said victims also might be afraid of being charged with prostitution if they go to the police for help. But, she said, a special police task force had been set up specifically to recognise human trafficking crimes and help the victims.

Martirosyan, who had been convicted in 2004 in Armenia for organising prostitution, admitted housing the girls, but denied human trafficking. She said they were willing to move to Dubai and work as prostitutes.

The mastermind of a notorious prostitution ring has been sentenced to 13 years in prison for trafficking hundreds of women into Dubai.

Anoush Martirosyan is vowing to appeal the Armenian court?s ruling after hurling abuse at a judge who sentenced her.

Martirosyan?s victims – mostly from Armenia and Russia – said they were lured to Dubai with the promise of work and lived in daily fear of a vicious henchman nicknamed ?Ponytail Ali?.

Marat Melikyan, a consul at the Armenian embassy in Abu Dhabi, last night welcomed the conviction and said it had been a ?massive problem? that was now improving.  ?I am glad to see her caged after meeting the many young women we have had to help,? he told 7DAYS. He said UAE authorities had tried to stop the trade by banning visas for Armenian women below the age of 30. But the gang sent the women to Moscow where they were given false Russian passports.

Martirosyan?s three sisters were also jailed in Armenia after several women gave evidence of being lured to Dubai with the promise of a legitimate job, only to end up working as prostitutes.

Martirosyan denied human trafficking but admitted that she had brought hundreds of women to brothels in Dubai, saying she helped them by teaching them English and Arabic and warned them not to fall in love with clients.

However, one witness named Ani said she was lured to Dubai to work as a babysitter.

The next day Martirosyan told her she would have to work as a prostitute and told her to go to a hotel in Deira.

She recalled beatings for petty offences and said Martirosyan would line offenders against a wall and beat them with a shoe. Others women were beaten with iron bars.