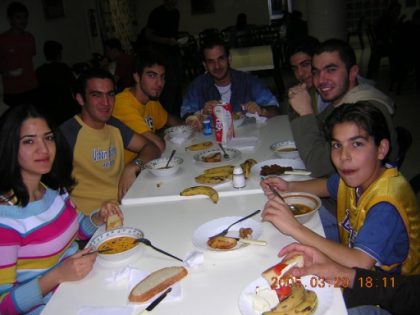 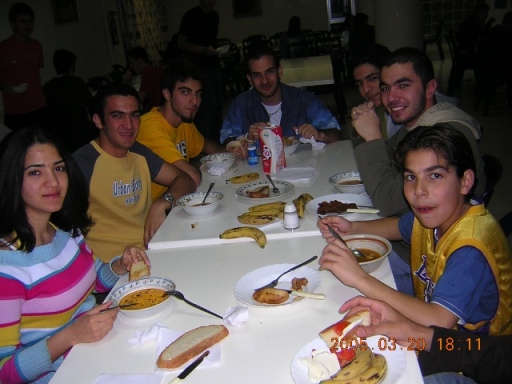 Aglandjia Gymnasium to move to Melkonian

The New York-based Armenian General Benevolent Union (AGBU) has offered temporary use of the Melkonian school's abandoned premises in Nicosia to the Aglandjia Gymnasium for a year, with an option to renew the free lease for a further year.

In an agreement that was signed last Wednesday between Education Minister Akis Cleanthous and the AGBU representatives in Cyprus, the Melkonian school will be used by 430 Aglandjia pupils until construction work in their own school are completed.

Aglandjia gymnasium has been facing construction problems for years, with teachers, parents and pupils repeatedly expressing their concern over the safety of the building.

The situation reached a climax last April when two construction workers died while working at the gymnasium. The earth collapsed around them as they were digging a hole, burying them alive.

Parents, teachers and pupils refused to attend the school until drastic measures had been taken to ensure their safety.

“When the Armenian representative in parliament, Vartkes Mahdessian, was first approached by the Minister of Education on April 25, the intention was to go ahead and provide [the grounds of the Melkonian Educational Institute] free of charge, but the decision was up to the administrators in New York,” the Alumni Association of Cyprus
said in an announcement.

The association, the local branch of the organization that represents some 2,200 graduates of the historic school, greeted the latest agreement with initial satisfaction.

“It had been the intention of the Armenian community of Cyprus from the beginning to help the government in a moment of need and provide shelter to the schoolchildren from Aglandjia until construction work on the foundations of their school building are completed,” said the alumni announcement.

“Although we are not yet aware of all the details surrounding the deal, we are waiting to see what limitations or clauses, if any, were imposed on the Cyprus government in order to be granted the use of the abandoned school buildings,” the announcement said.

“We have assurances from the Education Ministry as well as the Attorney General's office that the lease agreement has no bearing whatsoever on the heritage preservation order that protects 60% of the Melkonian estate, including the historic buildings, the founders' villa and mausoleum, as well as the small forest along Limassol Avenue that some people are so desperate to cut down and sell,” the Alumni concluded.

An announcement from the Ministry of Education said that the multi-purpose sports hall as well as the school's auditorium, “will be made available to the AGBU and to the Armenians, during times that will not conflict with the school's hours.”

News reports last week said that a high-ranking official from the AGBU in New York had visited Cyprus in order to conclude the property lease, but that the agreement had been subject to at least five alterations, according to Phileleftheros.

AGBU President Berg Setrakian said in a statement issued in New York after a quick stop in Cyprus, where he refrained from meeting any members of the community or even the Armenian Representative in parliament, that the organisation “reiterates its commitment to the Armenian Cypriot community. The AGBU is also considering the development of a project for the benefit of al Cypriots.”

The only acknowledgement of the school's contribution to Cyprus society came from the Minister of Education who said that, “the Melkonian Educational Institute, the most renowned co-educational institution of Cypriot Armenians, has been one of the primary Diaspora institutions of education during the post-Armenian Genocide 20th century. It was a boarding school of high academic standard located in Nicosia.”

No mention was made of the AGBU's decision to close the school after 79 years nor any explanation was given to the reasons that led to the closure.