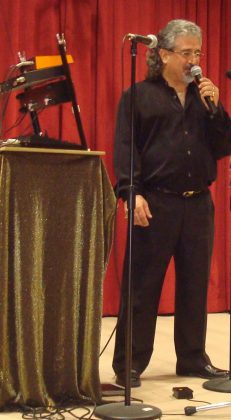 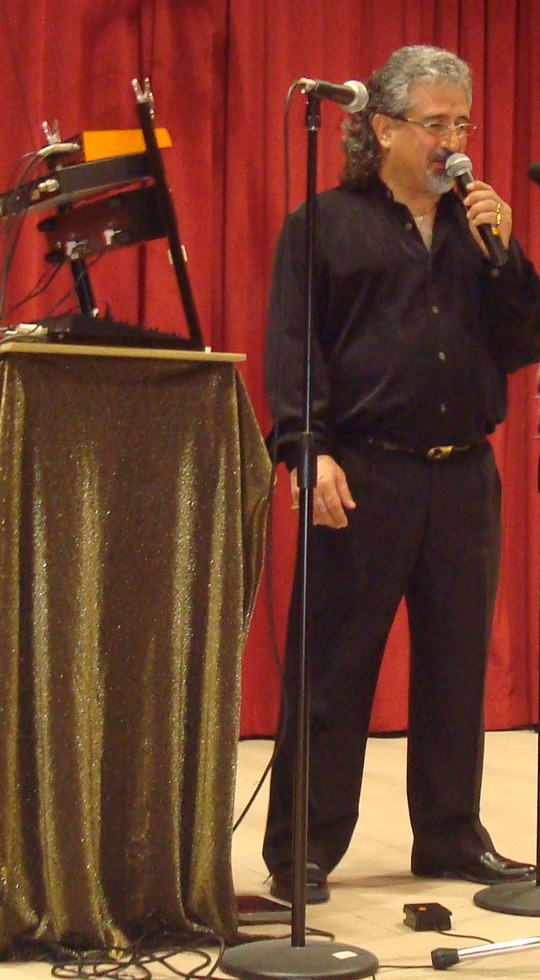 Norair Kazandjian is a known name within the circles of the UAE Armenians. For many years he has been performing Armenian songs during social parties and gatherings.

One of his songs is dedicated to the Armenian Community of the UAE, which could be seen as an unofficial “anthem” (Click here to listen).

Born in the Mediterranean picturesque city of Lattakia on the Syrian Coast, he has been blessed with parents who deeply comprehend the value of music and arts. After High School he moves to Aleppo to study in the Medical University, but, in the meanwhile, discovers that the world of music is close to his heart. He manages to follow lessons on guitar, piano and reciting.

He has produced 9 CDs & audio cassettes and has been invited to perform in several Armenian communities (UAE, Kuwait, France, USA, Canada, Australia, Cyprus, Lebanon etc and in Armenia itself).

He has composed the music of some of his unique songs (words by poets Yervant Barsoumian and Paren Hovsepian).

Some time ago, the Armenian section of “Radio Cyprus” has conducted the following interview with Kazandjian (The text is translated from Armenian):

1- How were you lured into the world of music?
Throughout my life I have always been fond of music. My mother used to sing in Parseg Ganachian Choir, especially the songs of Gomidas and Sayat-Nova. My late father used to play violin skillfully. I remember how overwhelmed were my feelings whenever I used to join them in their musical pursuits. Therefore, music is a part of my essence. I firmly believe that without music the world would have been very dull and unattractive.

2- Do you find in music the fulfillment of your dreams?
Every person nourishes dreams and visions in his life and struggles to fulfill them. One of my main dreams in life has been to be a singer. I cannot imagine a better reward than satisfying the people with my songs. I feel spiritual harmony with the audience, something which is difficult to describe by mere words.

3- What type of songs you perform?
I sing different types of songs including popular, patriotic, modern pop, etc. I believe that the words and the music of my songs are two very important elements. When I start singing I almost forget that I am on stage and my spirit intermingles with the feelings and meanings expressed through the song, up to the point when I hear the applauses of the audience and experience total satisfaction.

4- Do you write poems?
Actually no, but I pay full attention to the words of any piece that I choose to sing. I consider very lucky those singers who possess also poetic talent. In my case I have very intimate friendship with poetry.

5- Who are your favorite singers?
I consider Adiss Harmandian as the best performer of popular and modern songs. He has found a school in this sense and I am a follower of that school. There are many singers now in the musical arena. I keep track of their work and listen to their repertoire. I am not indifferent towards other artists.

6- What are your favorite names in the domain of Armenian classical music?
As mentioned before, I have been fond of Gomidas and Sayat-Nova since childhood. Without these two names the Armenian music would have been very much deprived and unfortunate. As composer of orchestral masterpieces I admire Aram Khatchadourian, Arno Babajanian and others.