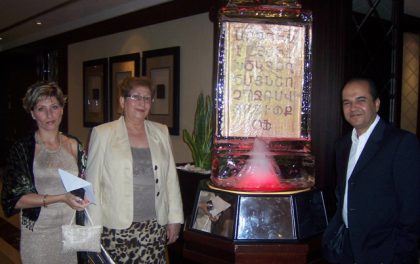 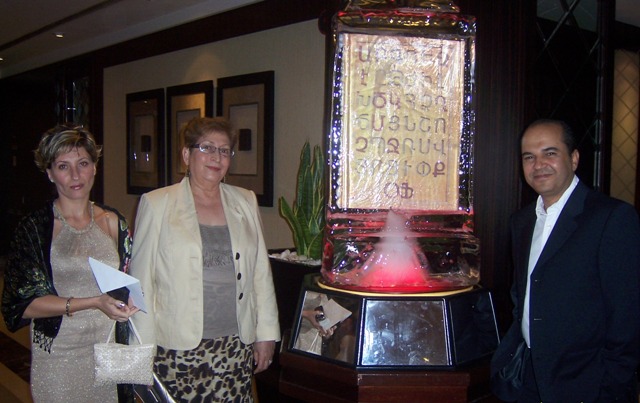 Cultural circles should be created to attract people into the school and church structure.

The school should not remain silent in the remaining days of the week.

I was born in a Western Armenian family. My parents fled Western Armenia in 1915. My mother was originally from Bitlis, while my father is from the historical region of Moks. They have both come to Yerevan and stayed in the then functioning American orphanage, where they were raised. Later they were married and brought up seven children. I was the youngest of them.

All my mother?s relatives were perished in the Genocide. She arrived in Armenia at a very young age, where she started to pronounce her first Armenian words. Western Armenian has been a spoken language at our home, although my father later turned gradually to Eastern Armenian and eventually he almost forgot the Western Armenian that he used to know.

My father was a big advocate of education and hard work. At early age, we all had certain works to do and we were seldom left unemployed. During our school vacations, we had always works to do, to the point that hard working has been synonymous with my family.

Could you give us a briefing about your educational work, especially the textbooks prepared for Armenian schools?

I have attended and graduated from the Pedagogical University named after Khachadour Apovian in Yerevan, where I still work. For more than 25 years (since 1982-83) the Armenian and Russian language oriented schools in Armenia have been using my textbooks in their curriculum. I have also prepared textbooks for Diaspora Armenians. Schoolchildren in Iran and Syria learn to read Armenian through my textbooks. In Iran, I have prepared four textbooks (Aypenaran, Mayrini Lezou A, B, C). In Syria, there was a certain old textbook, which was in use for almost 40 years (Pokrig Ani). This has been replaced now by my textbooks.

I have been in Aleppo at four separate occasions, each time staying for about four months, while on the last occasion I stayed there for a complete school year, during which, under the direct patronage of the Prelate Bishop Shahan Sarkissian, I prepared the three kindergarten level books (Poghpoch, Gogon, Dzaghig), which are in use now. Local authors were also involved in this project, such as Zepur Reisian and Maral Manjikian. Before initiating this work, I had already been in Aleppo for three times and had given many lectures. For the first time, I had created a sort of Parental Seminar, especially for mothers. I carried on this very interesting and useful work two times a week (each time for two hours). Right guidance should be given to the parents, because their ignorance hinders mainly the educational work.

In Aleppo they were already feeling that the textbooks in use were old fashioned, but the force of habit was big and they were not able to introduce any change and were therefore in a state of hesitation. There was a need for new textbooks, with modern pedagogical directives, child – oriented books, that tend to put the children into an active working course and keep them on track. The child will be self-motivated to learn and no material should be enforced upon him/her.

I highly honor the old textbooks that served generations for long time, but times have changed and new methods should be adopted. There are samples of my books in your local school in Sharjah. Up to this date four books have been published (for Poghpoch and Gogon, two books for each class), and the material for the two Dzaghig books will be published soon. The three level books have accompanying guidebooks for schoolteachers. After our Dzaghig (KG2) level, the children would use Hagop Cholakian?s books for elementary level study. Our other series (in Eastern Armenian), prepared in Tehran, are used in other schools in Diaspora, where the curriculum is in Eastern Armenian, such as in Los Angeles, London, etc. The Aleppo prepared books are used in places like Beirut, Egypt, USA and elsewhere.

Time is needed for these textbooks to enter into wider use. For example, here in Sharjah they just learned about my books now and it is almost certain that they will adopt these books for the Kindergarten during the coming school year.

My books cover the pre-school period and basic school level, something that is also the focus of my scientific interest. I am involved also in educational and teaching issues, for example how to behave with the accepted child, punishment and encouragement methods, etc.

What kind of task you have undertaken during your stay in the United Arab Emirates*? How do you evaluate the educational work in Sharjah?

During my two weeks stay in the United Arab Emirates, I had contacts especially with the teachers. I had the chance also to give lecture series to the parents. I talked to the teachers about the new methods in use. Learning how to read does not mean only to recognize the letters. Recognizing the letters in itself is meaningless, if not associated with the reading ability.

I do not compare Sharjah school with the schools in Tehran or Aleppo, since the last two places are considered the heart of the Diaspora and they represent many centuries old communities. Sharjah is a newly formed community. The church exists in Sharjah barely for ten years.

Wherever there is daily regular Armenian school, the purpose is to educate the child, but – as much good as you educate through the weekly schools – you will not be able to prepare children with excellent reading abilities. Therefore, the purpose of the weekly schools is to preserve the identity of the Armenian child. It is to form an Armenian spirit and instill in the child national values, rather than teaching correct spelling and good reading. This is my view, which can differ from the others. The weekly school is a place where the Armenian children get together and talk to each other, recognize each other and put the basis of friendship and love within the Armenian sphere.

The weekly school should aim to be a gathering point of the Armenian children and youth. For this purpose, cultural circles should be created to attract people into this structure (the school-church complex). This complex should be turned into a real community center. Beyond the normal school classes, several circles / groups should be created, so that the children will have reasons to be associated with the school, throughout their growing years and eventually they will not feel attached to foreign groups.

A sense of belonging to the Armenian community should be created in the children. If such steps are not taken we are going to lose these children easily, since there are so many attractive happenings in the surrounding environment, that can drag their attention without big effort. 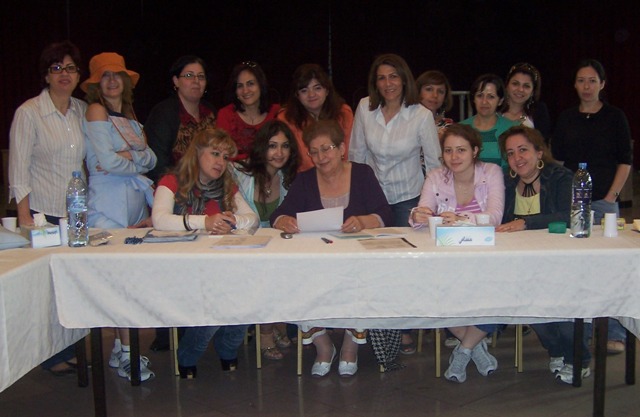 If until the age of 14-15 it was not possible to gain the attention of the child, it will be extremely difficult to convince him/her at a later age to stay with us and he/she will naturally be motivated to go to other places.

What can be achieved in parent – school relations? What is the measure of success in this field?

One of the ideas is to create an environment that enables the parents who bring the child to school, to remain near the school and be involved in activities related to the school in one way or another. A kind of seminar should be created in the school, so that young mothers, who bring their children to the school, have a place to listen and interact. If we lose the psychology of the Armenian mothers, we will not have the possibility of raising Armenian children. It is with pain that I notice there are parents in the community who do not bring their children to the Armenian weekly school and they even speak English with their children at home. Young mothers should be assembled around the school and the church. As soon as we manage to tie up mothers to the school and church, we will notice that the children will attend the school and church without difficulty. We can teach several useful subjects to the mothers, such as cuisine related subjects, embroidery, etc.

Did you have the feeling during your stay in our community that the school life should be more organized?

With the same way of thinking, we need also to organize the school life. If the school is only focused on teaching, the children will not be attracted to it. Already they are overwhelmed with different burdens from the usual school programs.

The Armenian school should not remain silent in the remaining days of the week. Every day there should be circle / group gatherings there. It is a big waste not to use this great center (the Armenian church and school complex in Sharjah) at other days for educational and pedagogical purposes. For example, it is possible to create a dance group. Participation in such activities should not be free, because doing something free will not be properly appreciated. Parents can participate with nominal fees.

Should our teachers work with payment or without payment (voluntarily)? What do you think about this frequently asked question?

I was informed that the teachers in the school (Sharjah weekly Ohannesian School) are not paid. Their voluntary work is worth of high praise, but without payment they would become indifferent and difficult to be governed, in other words, it would be difficult to demand additional or different work from them. By paying them, we can have the possibility to choose and be more demanding from the viewpoint of the school management.

1) Professor Julietta Gulamirian with schoolteacher Nevart Hovhannissian and husband Dikran.
2) With the rest of the schoolteachers and friends.

*Professor Juliette Gulamirian stayed in Sharjah in February 2009 and her last public lecture was given on 28 February 2009.