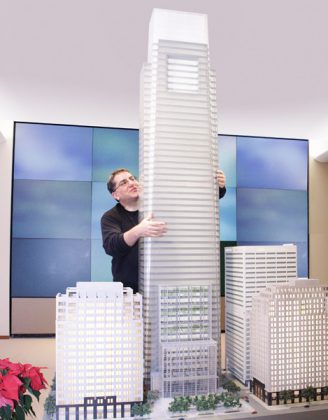 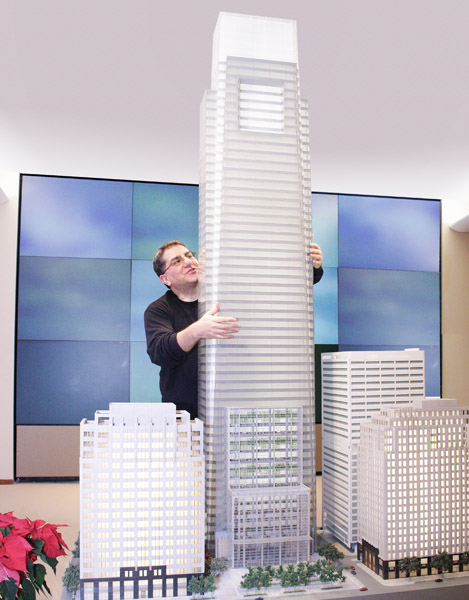 New York, the cosmopolitan city and the capital of the world; where skyscrapers race proudly to the sky and below ground subways transfer numerous people all around.  Life is paced with the hectic rhythms of heartbeats and footsteps.

Coming out of the subway station, you raise your head and glorify God who has granted sun, oxygen and lavish greenery. You praise the architects who designed and executed these monumental buildings before joining the crowded Manhattan streets.

When I was observing these skyscrapers, I heard whispers telling me that here in New York I could meet the master model maker, Richard Tenguerian. Along with his employees, they are responsible for preparing models for the highest profile architectural projects in cities all around the world.

We had an exciting interview with Richard Tenguerian and asked him the following questions:

New York is considered the city of innovations, trends and architectural marvels, where living, working and eventually opening ones own private office implies great courage. How did your journey in this huge city start?

My passion with art started from my high-school days. During summer vacations, I did an internship with a major architectural firm where I discovered my talent. From that, I knew architecture would be my future. For five years I studied and worked at The Pratt Institute. After graduation, several architecture offices saw my potential and requested my services No matter how complicated the projects were, I always found solutions to the problem and by showed discipline, wisdom, integrity and love for the profession. I started getting a good reputation from within the architectural community. With their support I was able to establish my business.

Making architectural models has always been your forte. Your models are viewed as works of art and have been displayed in many exhibits all around the world? Can you go into a little more detail about this?

Physical models are important tools for architects because they can see their vision becoming a reality. Any high profile project will take life in a small model. A good model is a must before getting approval and permits for a project. Not every one can read two dimensional drawings. It is easier to understand the design features of a new project with three dimensional physical models. Design issues can be addressed and fixed quickly.

As in the medical profession, there are specialists for every different field. The architecture profession is similar. For example, some architects specialize in designing sport complexes while others specialize in residential or commercial towers. Building architectural models is a specialization in by itself. Physical models are the first step toward realization of any project. When the September 11th events took place in New York, many world famous architects contributed to the rebuilding of the project. Models were extensively used to give the public and government a platform to express their ideas. I had a significant input in the design and preparation of those models.

The reason that they view my work as an art is because I do not manufacture my models. I put my heart and soul into each model. It is a work of love. I let the models talk and express the architect?s vision exactly the way the architect intended.

New York is considered to be the world?s capital city. Henceforth, many of the world?s largest and most prestigious architectural firms are located here. They are involved with some of the highest profile projects going up all around the world. They expect the best and they know where to go to get it. I have had the opportunity to prepare physical models for many of them, including projects located in Dubai, Korea, France (Paris) and Singapore. I have also completed models for projects located in Brazil, China, Japan, Saudi Arabia, and England. Due to the massive size of these projects and their delicacy, I have had to design and implement special safety measures while packing and assembling these models 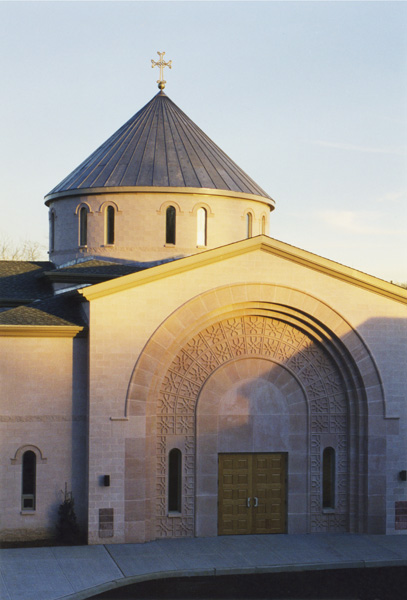 You have also had a beneficial contribution to your roots: the Armenian community. For example, you have designed the Armenian Church in Westchester. What can you tell us about this?

Since early age, I have been attending church. When I went to Armenia in 1975, I had a big dream to go to Etchmiadzin, the Mother Cathedral, to attend the spiritual rituals and to listen to the chants of Lusineh Zakarian. The Church has always been in a way the source of my inspirations, the moving force behind my talent. I listen to the hymns and observe the innovative power behind the church and incorporate this into my work. Having studied the architecture of some of the world?s greatest churches, I developed the strong desire to design an Armenian church

Many years later, the opportunity came when father Karekin Kasbarian of Westchester approached me about the idea of building an Armenian church in Westchester, New York. I prepared a draft with my colleague architect Vatche Aslanian, and presented it to the church. It was very well received and as a result it was constructed and consecrated in the presence of His Holiness Karekin I, Catholicos of All Armenians. It became known as the Church of the Saint Gregory the Enlightener and has been servicing the community for more than 10 years.

What advice can you give to a new young generation looking for success in life?

In order to have success, they should be clear in their purpose, vision and goals. Success will eventually follow them if they work hard persistently and show the value of their passion. 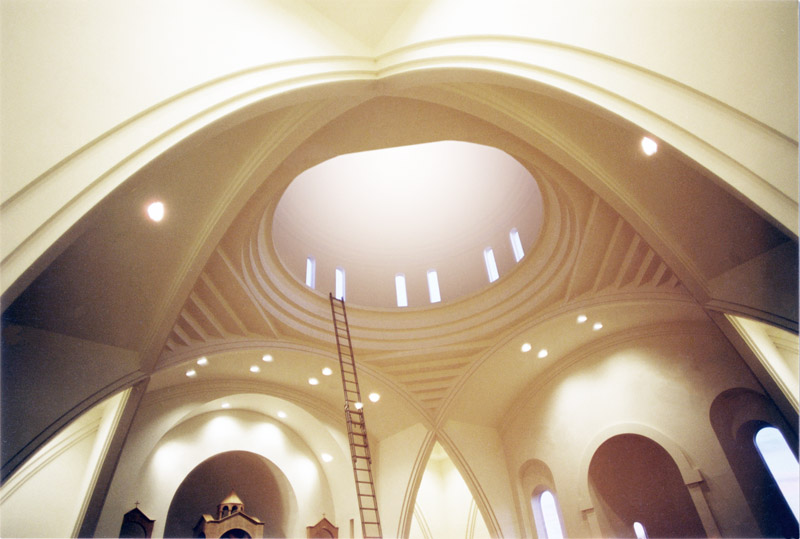