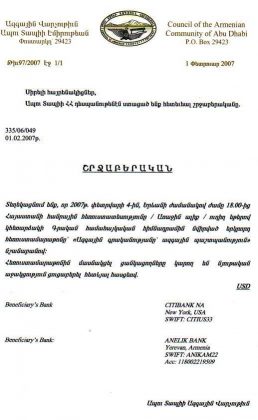 The Embassy of the Republic of Armenia in Abu Dhabi would like to inform that on 4th February 2007, starting from 18:00 hrs, there would be a live telethon on the 1st Armenian Public Channel to raise funds for the Pan-Armenian Literary Fund.


The money will be used for publication of Armenian writers' work , translation of foreign authors' books into Armenian, as well as to help resolve part of problems faced by elderly writers. Another part of the money will be paid to them as monthly supplements to their pensions.


The first telethon took place in November 2006. It had a very limited audience, but the one taking place on 4th February 2007 will have a pan-Armenian access. We hope you all participate in this noble act.

Below is the announcement of the Embassy as relayed by the Council of the Armenian Community of Abu Dhabi: ? 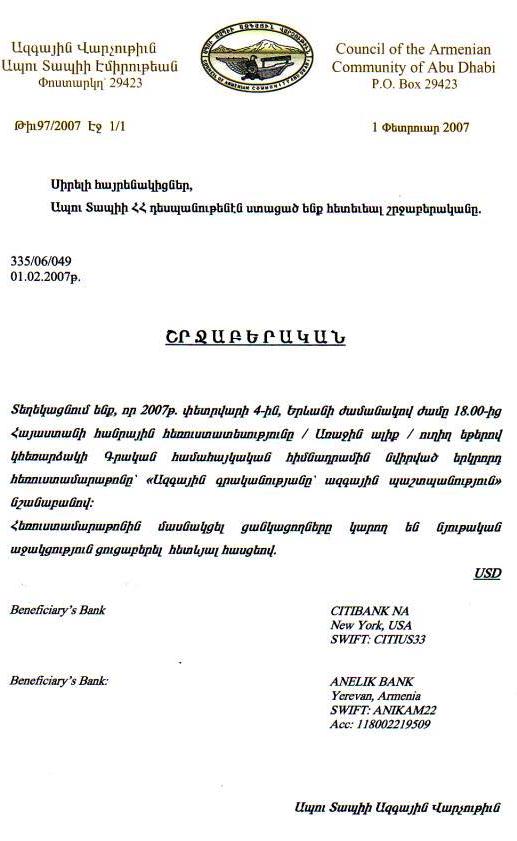