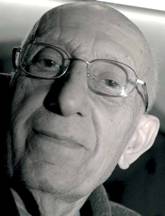 Roupen Barsoumian is a known artisan who has excelled in producing moulds and copper artifacts, besides doing sculptures. He lives in Aleppo, Syria. Although in an advanced age, he is still very active and full of innovative ideas. He jokes saying ?I have a contract with the Creator. He will take my soul once I finish my work?.

Barsoumian carries the proud tradition of Armenian craftsmen. Historical Armenia has been rich in minerals and metals, while Armenians have been one of the early nations that excelled in producing tools of everyday life and artwork, using natural resources.

In his childhood he recalls Souk Al Nahasin (Copper Market) in Aleppo, with a majority of Armenian shops (about 200). In the 1950s this craft started to deteriorate under the pressure of technological advances.

Because of his strong background and historical knowledge, Barsoumian decided to write a book about Armenian craftsmen in Aleppo. He has gathered material for this work since young age, when his uncle and grandfather were still alive. He has old friendships with many craftsmen, especially those good at melting metals. He is using church records to verify the profession of some of them. His work has resulted in collecting 11 thousand names of artisans mostly from Cilicia. He has also gathered more than one thousand photos about craftsmen and their products. 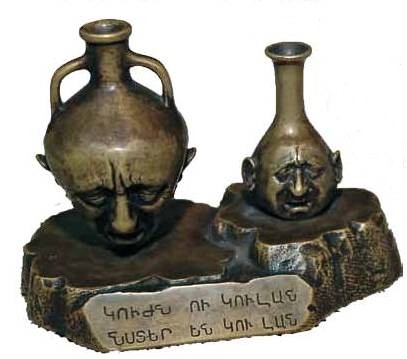 Barsoumian has a collection of 200 handmade plates with different Armenian writings and ornamental finishings.

He has decided to publish his work to make the new generation aware about the legacy of the Armenians in the development of crafts in the Middle East and beyond that, in other communities, where they eventually settled down.

He has also an almost ready dictionary of crafts in 5 languages, covering some 10 thousand terms.

?I am not doing this simply to pay tribute to the old generation, rather I would like to transfer the knowledge to young people and encourage them to keep these crafts alive?, he comments.