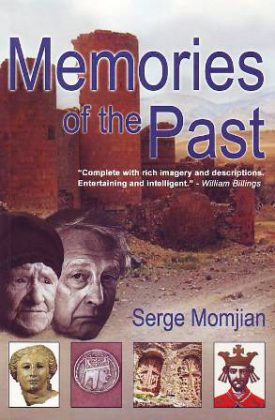 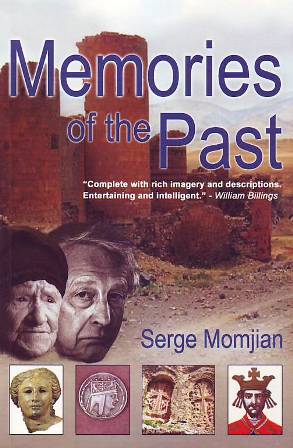 Your book “Memories of the Past” was released in July 2010, exactly a year ago, what feedback did you receive during the past year?
Regarding feedback many libraries and bookstores have ordered the book last year, particularly in US. They mostly liked the book cover which was entirely my creation. I have also received foreign and local reviews.

The book is your fourth novel but the first that has historical background. What made you decide to write a book related to the Armenians?
Well, I think I had an obligation as an Armenian to write something about the Armenians and dedicate it to the new and future generations of Armenian readers who may be helped to develop an interest in their very rich heritage.

Born in Beirut you would have witnessed the lively Armenian life in Lebanon. How did this affect your view about life in subsequent years? How did you handle identity issues in a cosmopolitan city like London?
Unfortunately, Armenian life has changed a lot in Lebanon because of the economic and political situation which is bad. In a city like London, you know, nobody asks you who you are or where you come from.

You write in English language. Would this have been different if you had chosen Armenian as a mode of writing? I mean do you write according to the audience?
My aim is to reach as wide audience as possible.

Would a reader who is not aware of Armenian history be able after reading your book to differentiate the history from non-history parts of the book?
Of course, it is very clear what is history and what is fiction in the book.

MEMORIES OF THE PAST AT AMAZON.COM

Serge Momjian was born in Beirut. He came to London as a young man, began to study journalism, then attended a degree course in fiction writing. Since then he has worked as a feature writer and book reviewer for various publications including Beirut's “Daily Star”, the Middle East's leading English-language newspaper, and London's “Events” news magazine. Passionately interested in the arts, he has also contributed articles to periodicals. He is the author of “Conflicting Motives” (1994), “The Invisible Line” (2000), and “The Singer of the Opera” (2004), all three novels published in London. During his literary career his writings that showed real originality have brought him praise and a reputation. “Memories of the Past” is his first historical novel and his greatest work.