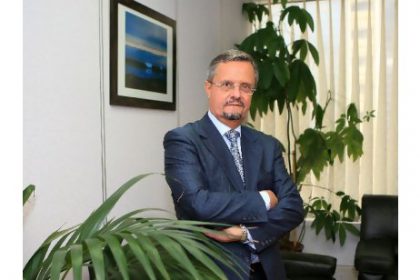 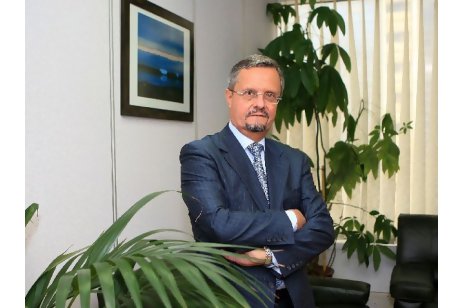 Partex, the oil company that holds concessions in Abu Dhabi, is the legacy of an Armenian art collector

Partex invokes its unique past

To hear Jose Pereira explain the origins of his company, Partex Oil and Gas, is to listen to a story resembling a creation myth.

It is the tale of an Armenian who came to own some of the world's finest works of art and rights in the biggest oilfields.

In this case the story is real. The evidence is the crude flowing from Abu Dhabi oilfields, which helps pay for the upkeep of Rodins and Renoirs in a Lisbon museum.

Mr Pereira, Partex's representative in the Middle East, loves narrating the biography of Calouste Gulbenkian, the man who helped to open up the former Ottoman Empire to oil exploration and later stipulated in his will that the oil company he created go to a foundation that today maintains the Calouste Gulbenkian Museum and donates money for cancer research and scholarships.

“That's how we came to exist, and that's how we have only one shareholder,” Mr Pereira says in Partex's Abu Dhabi office.

It is decorated with a black-and-white photo of Mr Gulbenkian, who died in 1955, sitting atop Egyptian ruins, and with replicas of paintings he collected.

That legacy is one of Partex's main selling points as it seeks to retain its stake in Abu Dhabi's largest concession alongside the oil majors BP, Royal Dutch Shell, Total and ExxonMobil.

Mr Gulbenkian, who earned the nickname “Mr Five Per Cent” for taking an equity stake in deals he negotiated, is said to have drawn the geographical boundaries for co-operation between Partex's predecessor and the four oil majors.

“One of the characteristics of Calouste Gulbenkian was promoting the understanding and the convergence of interests,” said Mr Pereira.

“We feel that this is one of the roles we can also develop because other partners, the majors, they have a problem of competition with each other. We don't.”

Mr Pereira likes to tell an anecdote about the young Mr Gulbenkian's penchant for finding treasure.

“He was in school, and he did well on some tests, so his father gave him some extra pocket money,” Mr Pereira says.

“He went to the souq and he bought some old coins.

“His father was very angry, and he said, 'I give you money and you go spend it on this junk?'”

The thought of the Partex founder falling for junk makes Mr Pereira laugh. The museum, he notes, now holds some of those coins.

Note: Earlier this year, Partex presented Yousef Omair bin Yousef, the then-chief executive of Abu Dhabi National Oil Company (Adnoc), with a reminder of Partex's legacy, a white brochure telling the history of the company's work in the emirate, titled “75 Years: Contributing to the Oil and Gas Industry in Abu Dhabi”.

Exhibition on Islamic art opens on 18 February 2006 in Muscat, Oman

Newer PostArmenian experts call on Turkey to look at the diaspora with new eyes
Older PostSerge Momjian: Memories of the past