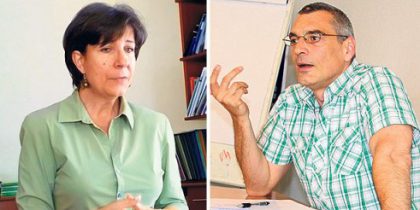 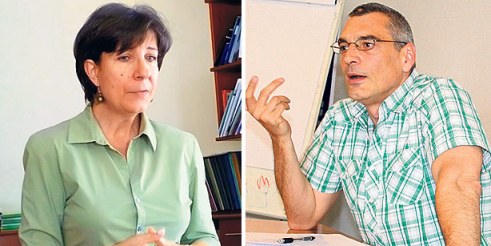 Two leading Armenian experts based in Armenia have argued that Turkey?s approach towards the Armenian diaspora is not healthy or helpful, especially when the issue is restoring bilateral relations between Ankara and Yerevan.

?Turkey doesn?t actually understand the diaspora, seeing it as the enemy, and that is based on ignorance,? says the founder of the Yerevan-based Regional Studies Center (RSC), an independent, nonprofit think tank, Richard Giragosian, while director of the Yerevan-based Civilitas Foundation Salpi Ghazarian says that the diaspora is misunderstood by ?the official Turkey,? since there is not just one diaspora.

Giragosian and Ghazarian?s remarks came separately while they were speaking with a group of journalists who visited Armenia from June 27 to July 3. The seven journalists paid a visit to the neighboring country under an initiative by the Hrant Dink Foundation. This was the third ?Armenia-Turkey Journalist Dialogue Project,? which is organized annually by the foundation with the support of the Heinrich B?ll Foundation.

?Whether it is in the States or from South America, Europe or the Middle East, our dialogue is fine and great, we have great connections, we understand the diaspora,? Ghazarian, said when asked about dialogue between the foundation and the diaspora.

Civilitas was founded by Vartan Oskanian, a former foreign minister of Armenia, in October 2008. Oskanian is a member of the honorary board of Civilitas.

?Not only is it not a problem for us, it is not even a question for us. I explain Civilitas as the opportunity to connect Armenians to Armenians. That includes Armenians in Armenia to Armenians in the diaspora as well. The media in Armenia is not what it ought to be, the government is not as responsive as it needs to be, and so this is an opportunity to improve those processes as well. I don?t make a distinction between what we need to do with the diaspora and what we need to do with Armenia. We simply need to be a source of information, of activity and an opportunity to get involved in order for this society to grow in a healthy way and to open dialogue within itself and with its neighbors. For that, I need Armenia and I
need the diaspora. I don?t make a distinction,? Ghazarian went on to say as she hosted the journalists at the Civilitas? office. ?Now, you haven?t asked, but let me answer. I think that the diaspora is misunderstood, there are several diasporas. There is the new diaspora, the diaspora that left after independence, and it is a diaspora that continues to maintain very real immediate links to Armenia individually. There is a traditional, old diaspora that is both the institutions and a whole lot of individuals. Before independence, that diaspora was known just by its institutions because there was no other way to interact with them. With independence, that diaspora is not the diaspora of the institutions alone. If you look at Armenia
now, those who are investing, those who are coming and visiting, are not the institutions. Surely, institutions come, but indeed, it is by and large individual Armenians from the diaspora who need to reconnect,? Ghazarian elaborated.

?Official Turkey cannot misunderstand, misinterpret and misperceive that sort of engagement, that is, diaspora?s engagement in Armenia. It isn?t simply about three political parties, three large benevolent organizations and 500 community organizations. It is about individual Armenians all around the world wanting to connect. The churches, political parties and lobbies are all part of the diaspora, but they are not the beginning and the end of the diaspora,? she said. Giragosian is an analyst specializing in international relations, with a focus on economics, military security and political developments in the former Soviet Union, the Middle East and Asia. He hosted the visiting group at the RSC along with young Armenian-
Americans, who attended the meeting between Giragosian and the journalists.

?Turkey has unofficial ambassadors, bridges to Armenia: the Armenians of İstanbul. They don?t use them properly and they don?t use them enough. And, within the broader framework of the ignorance about the diaspora, there is also ignorance about the Armenian community within Turkey, ignorance about Armenia in general. Because closing borders and refusing to have diplomatic relations also means that Turkey has not known Armenia since 1990. There is no understanding of the current reality in Armenia,? Giragosian argued in remarks, elaborating on what he sees as Turkey?s second mistake. Ghazarian shared her personal story with the group.

?My grandfather was a merchant from G?r?n [a town in the Central Anatolian province of Sivas]. He was travelling and when he returned, his wife and grown sons had been killed. On the way to Aleppo, he went to a village where there was a young Armenian woman living with a family. He bought her, paid money for her. My grandmother was not asked if she wanted to stay or leave; she was bought and taken. He married her and they had a child, my mother. Later my grandmother ran away from him. You know there is this 13 or 14-year-old young woman and a 50-year-old man, so she ran away. Mother never forgave my grandmother for that. My mother and grandmother were raised in an orphanage in Aleppo, and I took my
daughter to Aleppo this time last year. We went to the orphanage where my mother and grandmother were raised after we had visited İstanbul a few times. And when we visited İstanbul, my daughter loved it,? Ghazarian explained.

?So, her feelings about İstanbul were always positive until Prime Minister [Recep Tayyip] Erdoğan said ?We gave them pocket money on their deportation.? After he said that, my daughter asked, ?Really, where was grandma?s pocket money??? Ghazarian continued.

Ghazarian was referring to remarks delivered by Erdoğan in November 2007 during a visit to Washington, D.C. ?There was no genocide here. What took place was called deportation because that was a very difficult time. It was a time of war in 1915. This was about the time when there were rebellions. There was rebellion in different parts of the [Ottoman] Empire. Actually, Armenians were known to be very loyal subjects of the empire. ? There was provocation by some other countries, and the Armenians became part of the rebellion in those years, so the government of the time provided them with a travel allowance and started deporting the Armenian citizens to other parts of the empire. We have documents in our own archives that attest to this fact. There are all sorts of instructions about how many people are to be sent from one area to another and
how much money is to be paid to them as travel allowance, and we have all those documents. So, what we say is that those who counter those arguments must come up with their own documents, but there are no documents to be shown,? Erdoğan was quoted as saying as he responded to a question at a National Press Club meeting.

Ghazarian added: ?Official Turkey cannot afford to lose that generation. For her [Ghazarian?s daughter], it is not personal, unless he [Erdoğan] personalizes it. She has no problem with saying ?I love İstanbul,? as I do. That does not mean that the rewriting of history must continue. The two can be separated from each other. I, the victim, can separate them. It remains for the [Turkish] government to be able to separate them.?