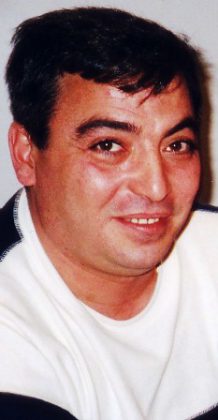 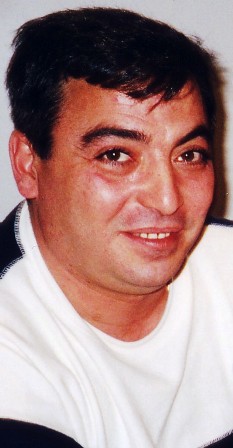 Asadour Hadjian is originally from . He now lives in and has been the Director and dance instructor (choreographer) of the Hamazkayin Sydney dance group (named “Sevan”) since its formation three years ago.

During the “One Nation, One Culture” pan-Armenian festivities taking place in and Karabakh this summer (23-30 June 2006), his group of 50 dancers was one of the cultural highlights in the Armenian capital and other locations where they performed.

Taking the opportunity, Hadjian attempted to broaden the experience of the young dancers. This is why he will accompany the group to , with the aim of introducing them to this traditional Armenian community in the northern part of .

Some of the members of the dancing group originally hail from , like Asadour Hadjian himself. On 7th July 2006, “Sevan” will perform in the hall of the “Grtasiradz Cultural Association”. The local Hamazkayin dancing group (named Sartarabad) will be joining forces, thus adding more attraction to this already upscale event.

Asadour Hadjian: The dance group was formed in 2003 with the initiative of Hamazkayin's Sevan branch. The mission of the branch is to contribute to the cultural life of the Armenian community in . There are 180 dancers in the group today. The age range of dancers is 6-30 years. These are all amateur dancers. The groups can only rehearse once a week. We usually use music written by Armenian composers for our dance performances.

Question: Where did you receive your professional education?

Asadour Hadjian: I studied in . I was Abraham Kostanian's student. Then I continued my studies in with Azat Gharibian.

Question: Please tell us about your activities in . What performances have you had there?

Asadour Hadjian: Our groups have participated in a number of international festivals. We were invited by the Sydney Ballet to teach them an Armenian dance. Our groups have an annual performance for the Armenian community in . Last year our group performed together with Ara Gevorgian in . We also participated in the performance of Anush Opera directed by Araks Mansurian.

Administrative director of the group Levon Demirian told about how the idea of the participation was realized:

“Since we needed a lot of money to come to to participate in the festival, the assistance of the Armenian community in and our benefactors was very important. With their assistance 50 members of our dance group could participate in the pan-Armenian festival. Participation in the festival was a good opportunity for our young people to visit their homeland and be exposed to the Armenian culture. I have to comment on a very painful issue. During the festival there were many instances when our culture was presented in foreign languages. I hope such incidents will not be repeated in the future.

We had folk dances in our program. We performed in Vanadzor, Dilijan, Sevan, Ashtarak, Cascade and the Opera Theater. We performed two dances at the closing concert on June 30 together with Ara Gevorgian which is a big honor for us. By the way, we are the only dance group from the Diaspora that had the honor of performing at the opening ceremony”.

Demirian said that all their expectations were justified and the youngsters were very enthusiastic about their performances. He expressed his thanks to dance instructor Asadour Hadjian who built up the team in three years time. ?

We wish Asadour Hadjian organizes another mission to during the next festival, with the participation of new set of dancers. On their way back they can easily combine this trip with a stop in , to perform in front of the Armenian community here.?

Follow-up news by the “Daily Telegraph” of

Members of an Armenian dance troupe who had been stranded in are among 86 Australians to be evacuated safely to .

A spokesman for the Sevan Dance Group, Archbishop Aghan Baliozian, said the 45 young performers and 36 parents and supervisors had been picked up from their hotel in a three-bus convoy this morning.

“They had an uneventful trip to and I can confirm they are now having lunch in (the Syrian capital) ,” Archbishop Baliozian said.

“We expect them to be taken to tomorrow, where they will fly to , and to be back in in two days time.”

The group had been bunkered down in their hotel since the Israeli military began its attacks on six days ago.

“Everyone is fit and well,” Archbishop Baliozian said.

“We thank the Australian Government and the media for their help.

“They were picked up … and taken out of the country in the coaches.

“We knew about the plans, but before this we had not been able to say anything about the evacuation, because of security concerns.”

Betty Marashlian, a sister of the group's leader, Asadour Hadjian, said she had been unable to contact her brother since the troupe reached .

“They have one mobile phone they can use internationally but we have not been able to get through since they left .

“But we have been told everyone is safe and well and we are delighted,” she said.

Archbishop Baliozian said the group expected to be taken by bus to the Jordanian capital , before flying to to catch a Gulf Air flight to .