Just days ago, an OSCE summit called for Nagorno-Karabagh's withdrawal from so-called “occupied territories,” including Kashatagh, the province that provides vital links to Armenia. As a direct response to this affront to Karabagh's sovereignty and self-determination, the Tufenkian Foundation today announced a new initiative on behalf of Kashatagh (formerly Lachin), restoring and protecting the historic monuments and cultural artifacts that attest to the region's Armenian character and background.

“Many people know Kashatagh to be the vital, strategic link between Karabagh and Armenia,” noted Foundation Director Antranig Kasbarian. “Less known is that the region has Armenian roots historically — roots that were torn out via massacre and deportation in 1918-1920. Now that the region has been liberated, we believe we must emphasize that Azerbaijan's claims to it are artificial, and cannot enjoy support from the international community.”

To kick off this effort, the Foundation has begun renovating the historic St. Minas Church (16th century), found in the village of Hak, which traces its Armenian ancestry to the 11th century. After its Armenian population was wiped out in a massacre by Azeri forces in October 1918, Hak was reclaimed by Armenian forces in 1992 and is now subject to an active resettlement 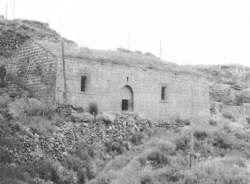 policy by Karabagh authorities. Alongside the church renovations, the Foundation will also renovate nearby Armenian cemeteries and will build a new water supply for the village, which currently houses 50 inhabitants.

This effort has been made possible by a generous grant from Ms. Virginia Davies of New York City. Other supporters have also come forward with offers of assistance, which will be publicized in coming weeks.

A full list of the Foundation's current work throughout Karabagh is available at www.TufenkianFoundation.org

Working for Armenia with an eye on the future

James Tufenkian: the man with various faces; the philanthropist (part 2/2)

James Tufenkian: the man with various faces; the businessman and hotelier (part 1/2)