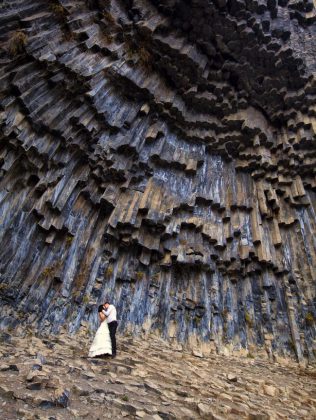 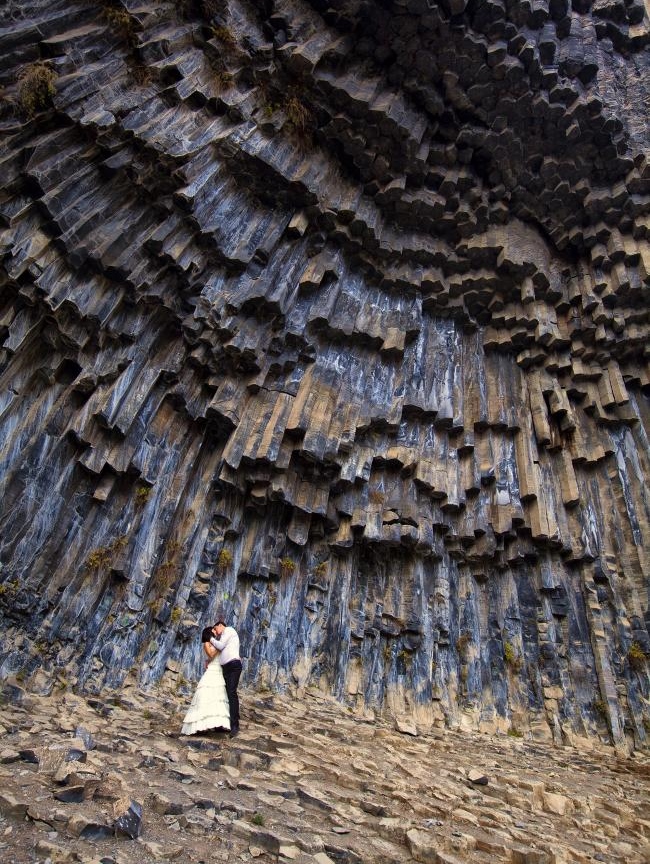 Along the sides of the Garni Gorge, 23 kilometers east of Yerevan, Armenia, visitors enjoy the sight of well preserved basalt columns, carved out by the river for centuries and typically referred to as the “Symphony of Stones“. The 1st century AD Garni temple, one of the most known historical sites in Armenia from pagan times, may be seen above the gorge.

The site reminds the most popular tourist attraction in Northern Ireland namely the Giant's Causeway. Millions of years are required for the shaping of such formations. Volcanic eruptions are followed by the cooling processes of the lava, resulting in the beautiful geometric forms and hanging columns resembling musical “organ pipes”.

Three years ago news circulated about a criminal attempt by some stone cutters who attempted to exploit these stones for private use, despite the fact that the Government of Armenia had issued a decree in 2008 considering the “Symphony of Stones” as a protected zone, including the basalt columns in the lower part of the formation, known to be the most vulnerable part and subject to vandalism and trespasser's intrusion.

The good news is that a poster representing the “Symphony of Stones” submitted by the National Competitiveness Foundation of Armenia has won a prize at “Vettor Giusti” international poster competition, as the best among 44 member-countries of the World Tourism Organization (WTO) in Europe.

The “Vettor Giusti” tourism posters competition is held every two years on the occasion of the sessions of the United Nation's WTO General Assembly, and provides an opportunity to showcase the creativity and beauty found in the posters used to promote tourism in each country. The competition is open to all the Member States of the WTO and is channeled exclusively through their national tourism administrations.

The 7 winning posters (one for each region and the people's choice award winner) were announced during the 20th session of the General Assembly at the Victoria Falls, Zambia/Zimbabwe in August 2013. The posters will be displayed on the WTO's website until the next edition of this competition. The printed versions of the winning posters will be displayed in the entrance hall of the WTO building in Madrid until 2015.

About the “Vettor Giusti” competition:
http://lmd.unwto.org/en/content/tourism-posters-competition-2013-vettor-giusti-prizes

Upper photo (click to enlarge): The winning poster from Armenia.

Below photo (click to enlarge): Part of the Garni Gorge and the “Symphony of Stones” (2009, Wikipedia). 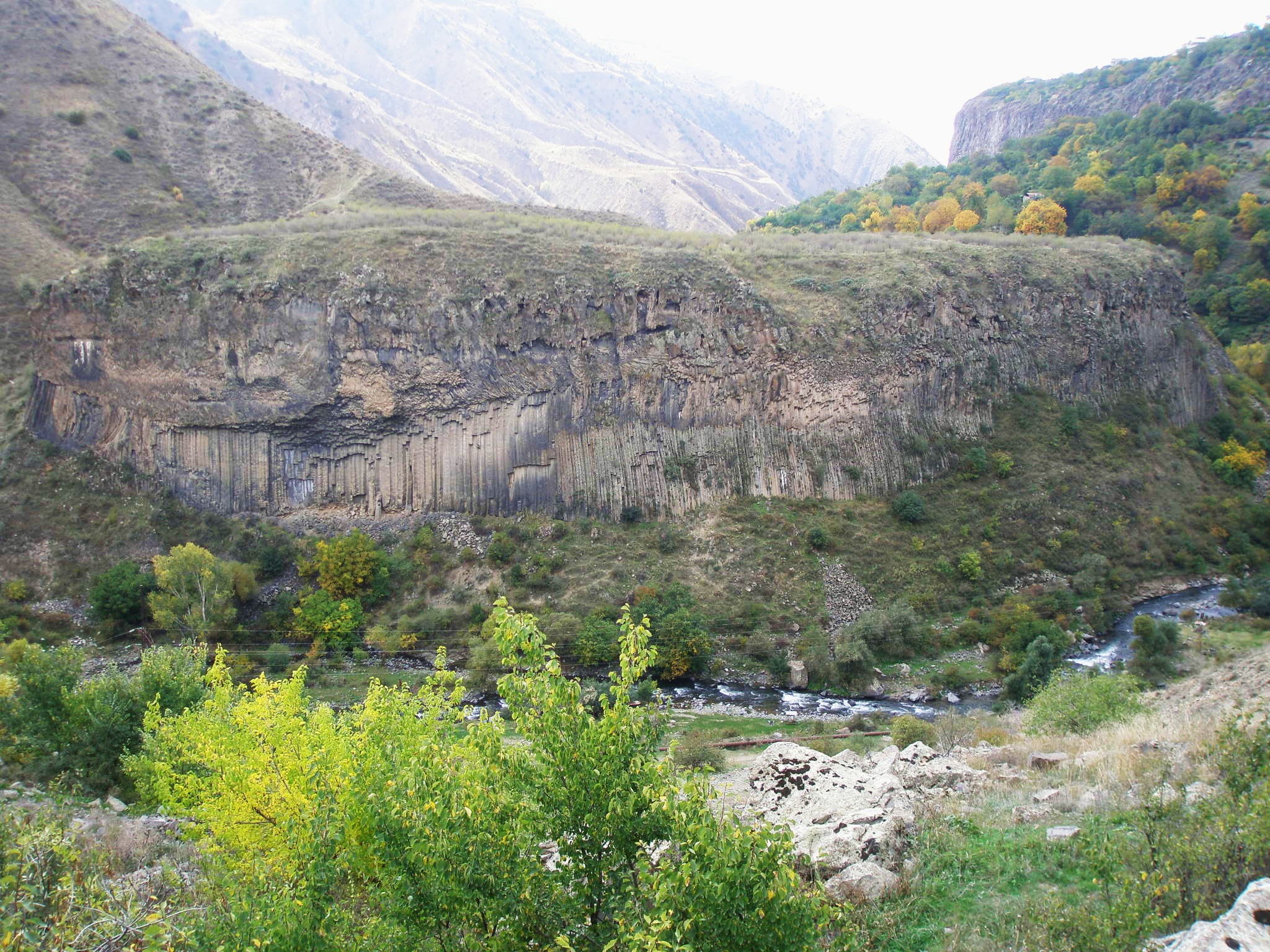 Newer PostAraik Danielyan: I planned to turn my visit to Armenia into a meaningful act
Older PostSosy Tatarian: Armenian is the only language we speak at home