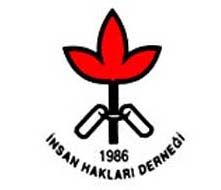 On 24th April 2009 Turkey?s Humans Rights Association's Istanbul Branch (Insan Haklari Dernegi) commemorated the Armenian intellectuals that were lost as a result of the 24th April 1915 arrests in Istanbul.

In a Press Release issued by the Association, an event titled ?Armenian intellectuals and 24 April 1915 ? They were arrested, exiled and did not even have grave stones? was planned to start at 2:00pm at Tutun Deposu in Istanbul on 24 April 2009.

Here are parts of the press release:

Armenian intellectuals including poets, authors, musicologists, lawyers, journalists and doctors who were exiled following the arrests that began in April 24th 1915 and most of whom did not return will be commemorated in an event organized by the Istanbul Branch of Human Rights Association. The event will be realized by the contributions of members from Bogazici Performance Arts Group.

During the April 24th arrests, whose 94th year will be commemorated by the Commission Against Racism and Discrimination of Humans Rights Association's Istanbul Branch, 220 individuals, among whom the leading representatives of the world of art, literature, thought and culture in Ottoman society, were taken from their homes and most of these individuals were executed in exile.

In a statement about the event, Riza Dalkilis from the Commission Against Racism and Discrimination and a Board member of IHD Istanbul Branch, said: ?April 25, 1915 symbolizes the beginning of the process that lead to the annihilation of the physical and spiritual existence of Armenian community; the intellectuals who lost their lives following the arrests on this date are not only a great loss to the language and culture of Armenian community, but also a great loss to us. We regard it as our duty to commemorate them.”

During the event, members of Bogazici Performance Arts Group will present poems from the three great poets of Armenian language, Siamanto, Taniel Varujan, and Rupen Sevag who lost their lives during the arrest process, and they will enact the life story of poet, author, lawyer and socialist member of Parliament Krikor Zohrab. And editor Ragip Zarakolu will narrate the testimony of author Teotig who was arrested on April 24th and remained alive by a miracle.

Musicians from Kardes Turkuler will sing Armenian songs during the event.

END OF THE PRESS RELEASE

The Human Rights Association (HRA) was founded on July 17, 1986 by 98 people, comprising lawyers, journalists, intellectuals, but mainly relatives of political prisoners. The Human Rights Association works on all kind of human rights, but is mainly focused on abuses in Turkey. In 1992 the statute was changed to cover humanitarian aspects as laid out in the Geneva Conventions. Since then the HRA has also criticized human violations of armed groups.

Official figures of the HRA claim 16,000 members, in 34 branches in 81 provinces of Turkey. The 24 board members are elected for terms of two years on the association's general assembly. The headquarters in Ankara as well as many branches (in particular the branches in Istanbul and Diyarbakir) are running commissions according to the need. The commission cover subjects such as the Kurdish question, women, children, prisons and torture.

Some of the large number of campaigns of the HRA were: freedom of expression (2001), general amnesty (1999) , abolition of the death penalty (abolished in 2002-2004), abolition of the state security courts (1997). In 2004 a project called “Don't remain silent against torture” (Iskenceye Sessiz Kalma) was started.

Since its foundation the HRA has been facing state intervention into its work, but also direct violence of individuals or nationalist groups. HRA website claims 400 court cases against executives of the association; the governors of some provinces ordered the closure of branches 30 times; the chairman of the branch in Diyarbakir that stayed close between 1997 and 2000, Osman Baydemir, had to face 60 investigative or penal cases against him in one year; in 2000 the branch in Izmir had the same number of cases initiated against it; because of speeches in 1995 and 1996 the then president of the HRA, Akın Birdal, was sentenced to 20 months' imprisonment, of which he served 14 months.

Furthermore, the HRA lists 14 members who were killed.

Repeatedly Amnesty International issued urgent actions to draw attention and prevent threats against human rights activists of the HRA, e.g. for Eren Keskin, chairman of the branch in Istanbul.