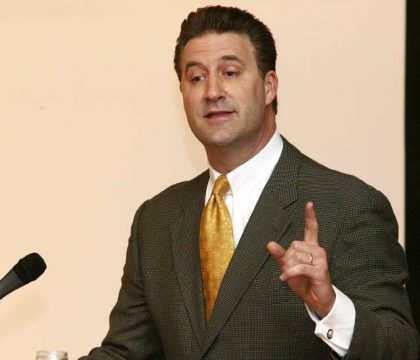 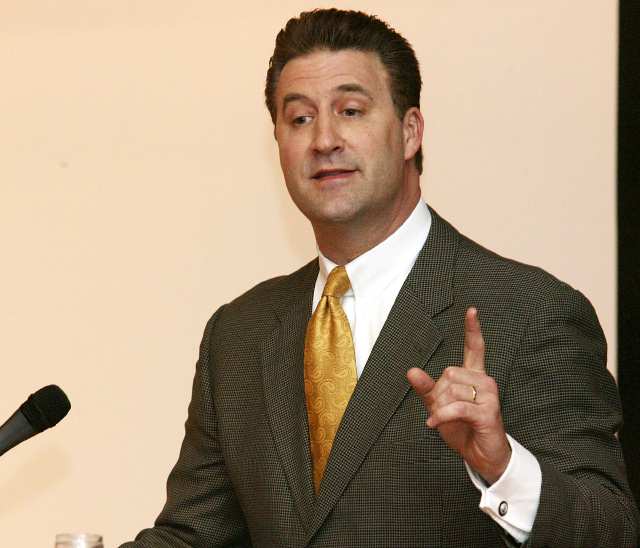 A tribute to former President Woodrow Wilson drew more than 50 visitors to the Glendale Public Library to hear about his role in drawing the borders for an independent Armenian nation.

Wilson?s great-great-grandson, Donald Wilson Bush, and the curator of the Woodrow Wilson Presidential Library in Staunton, Va., Jarod Kearney, were on hand Sunday to speak about the late president?s push for an independent Armenia.

Wilson drew a map of the Armenian territories as part of a peace treaty in 1920, after the demise of the Ottoman Empire following World War I, Kearney said.

But within three years, Turkey claimed some of that territory by force, and the land was included as part of the country in a treaty signed in 1923, said Michael Sosikian, president of the Defense Council of Western Armenia, which hosted the event.

Since then, Armenians have been pushing for international recognition of ?Wilsonian Armenia,? Sosikian said.

The presence of the two guest speakers was an indication that Armenians are not alone in pushing for the expanded borders to be realized, visitors said.

?It?s a validation, if you will,? Woodland Hills resident Vatche Kasparian said.

Wilson?s push for Armenian independence went along with his ideals, Kearney said.

?Woodrow Wilson was not only a key player in [the Armenians?] process, but a champion of self-determination,? he said.

Wilson believed that people should be able to rule themselves, a motivating factor behind his drawing of Armenia?s borders and his efforts to move people around the world from colonialism to independence and pushing for ?a new world order,? Kearney said.

The late president was ?idealistic? at times, and some of his goals did not pan out, Bush said, but he was a ?visionary.?

Bush acknowledged the host organization?s continuing struggle for an expanded Armenia and opened his remarks with a declaration of solidarity.

?I am here tonight to support your cause,? he said.

He hoped that President Obama would be able to facilitate a dialogue between Armenia and Turkey to move toward expanding the Christian nation.

Bush also voiced admiration for the peaceful push for land rights made by Armenians, even as marginal progress has been made.

?I?ve been watching you closely for the past decade, and I still don?t know how you do it,? he said.

About Us
The Defense Council of Western Armenia was founded in the United States of America on August 10, 2005. The council is the principle representative body of Armenians deported from their native regions of Vasbouragan, Daron-Duruperan, Karin-Erzerum and Hamshen-Treabizond.

The DCWA will continue its efforts until such time, when dispersed Armenian populations are allowed to return to their homeland, under the rule of a democratically constituted sovereign state.

THE OFFICIAL DECLARATION OF THE DEFENSE COUNCIL OF WESTERN ARMENIA

Newer PostKids meal by Alin Hagopian
Older PostArmenia did not seem to be strange to me, says Fethiye Cetin