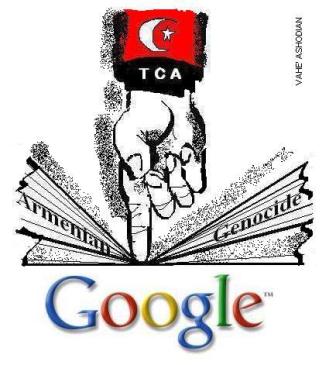 A Turkish advocacy organization is accusing Google of limiting free speech after the Web search leader suspended the group's ads in response to complaints by an Armenian-American group that the ads were “morally reprehensible” for denying a genocide occurred in the Ottoman-Armenian conflict of a century ago.

The Turkish Coalition of America said Google pulled its ads without giving the group a chance to respond to the accusations made by the Armenian National Committee of America.

“So you can imagine an ad by a Nazi group that said the Holocaust is a myth,” a person familiar with Google's policies told FOXNews.com, offering another example of an ad that would be rejected by the company.

The Turkish Coalition, or TCA, objects to Google's policy.

“The notion that there is a Google-accepted version of history is extraordinarily disturbing,” the group said in a statement.

The Armenian National Committee of America initiated its online campaign against the ads in May, asking supporters to urge Google to stop hosting genocide denial ads placed by the Turkish Coalition.

“Ask Google to live up to its guiding principle of 'Don't be Evil' by refusing to profit from an organization seeking a platform for their historically inaccurate, morally reprehensible and deeply offensive genocidal denial campaign.”

The group said search terms such as “Armenian Genocide,” “Armenia” and “Armenian” typically spawn a Google ADWords link that reads either : “History, Propaganda” or “Learn Armenian Atrocities.” Both directed users to the Turkish Coalition's Web site that it says features “extensive content denying the Armenian Genocide.”

The Republic of Turkey disputes the use of the term “genocide” to describe the decimation of the Armenian population of the Ottoman Empire during and just after World War I.

Aram Hamparian, executive director of the Armenian National Committee of America, told FOX News that he was “gratified” that Google decided the Turkish group's ads were not “consistent with its values. We think Google did the right thing.”

He added that the Turkish group was just as misguided in trying to force Google to run the ads as it is in denying the genocide.

WASHINGTON, DC ? The Turkish Coalition of America (TCA) today launched an online campaign to pressure internet giant Google into complicity in its denial of the Armenian Genocide, reported the Armenian National Committee of America (ANCA).

The move comes in response to Google?s recent decision to stand by its ?Don?t be Evil? motto by stopping advertisements, placed by the TCA, which drove internet traffic to websites denying the Armenian Genocide. The TCA?s earlier Google Ads were triggered with search entries including ?Armenia?, ?Armenian?, ?Armenian Genocide? and led to the Turkish Coalition of America website which includes revisionist materials denying the centrally planned and systematically carried out campaign of extermination of 1.5 million Armenians by the Ottoman Turkish Government from 1915-1923. The group also advocates against passage of Congressional legislation, H.Res.252, recognizing the Armenian Genocide.

?The Turkish Coalition of America?s efforts to strong-arm Google to join their Armenian Genocide denial campaign is as misguided as their broader efforts to cover-up this crime against humanity,? said ANCA Executive Director Aram Hamparian. ?We commend Google for reviewing its ad policy and respecting its ?Don?t be Evil? motto by turning down ads advocating hate and lies.?

Google reviewed its policy on running Armenian Genocide denial ads in June, 2009, after receiving thousands of letters from concerned Armenian Americans and human rights activists expressing outrage at the ads. An ANCA Action Alert distributed on May 28th explained that ?These ads are misleading to Google patrons, profoundly offensive to victims and survivors of all genocides, and contribute to an environment of outright denial and impunity in the face of mass atrocities that continues to fuel the cycle of genocide to this very day.? A Facebook Causes page, titled ?Stop Turkey's Anti-Armenian Genocide Propaganda on Google AdWords!? has over 9100 members.

Illustration: Google under pressure (by Vahe Ashodian specially for Azad-Hye).