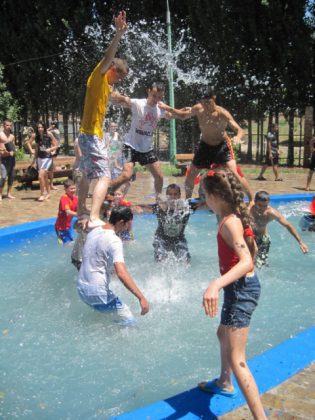 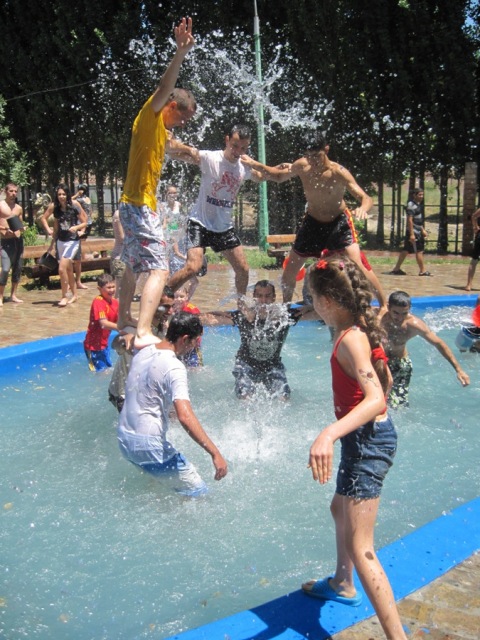 Every year Vardavar is celebrated in the Armenian community of Uzbekistan. This ancient holiday becomes very much the focal point of festivities in mid-July summer heat when the thermometer index in the region passes over 40 degrees.

Young people are naturally the major participants. Having armed with the basins, buckets and other containers they spill water on each other and on the surprised people around them with cheerful shouts.

According to the tradition, after adopting Christianity, our first Catholicos St. Gregory the Illuminator, did not deprive the people of the old summer pagan holiday and connected it with the Christian feast of the Transfiguration of Our Lord Jesus Christ. The holiday is traditionally celebrated on the 14th Sunday (98th day after Easter).

Uzbekistan Armenian parish priest Ter Garnik Loretsyan (who serves the two Armenian Churches in this Central Asian country: Samarkand's Saint Virgin and Tashkent's St. Philippos) is a great promoter of this summer ritual and the first splash usually comes from him.  The celebrations involve the young members of the community, while the elders refrain from participating. According to the legend, the water festival of Vardavar symbolizes the blessing that lead to the purification of the soul by rinsing away human minds from evil spirits.

Vardavar's history tells us that our ancestors headed to sanctuaries with several days supplies of food, taking with them sacrificial animals as an offer to the ancient gods, and above all to the goddess Astghik. According to the legend, the Armenian goddess of love and beauty sowed the seeds of love all around the country while her beloved fearless Vahagn guarded the seeds from the forces of Evil.

The celebration is related also to the story of the Great Flood. Noah, who has found his refuge on Mount Ararat ordered his sons to throw water on each other. Thus water and roses became symbols of the national feast.

The Uzbekistan Armenians marked the Vardavar tradition with religious rituals followed by a picnic where many traditional dishes were offered and pop music was played. 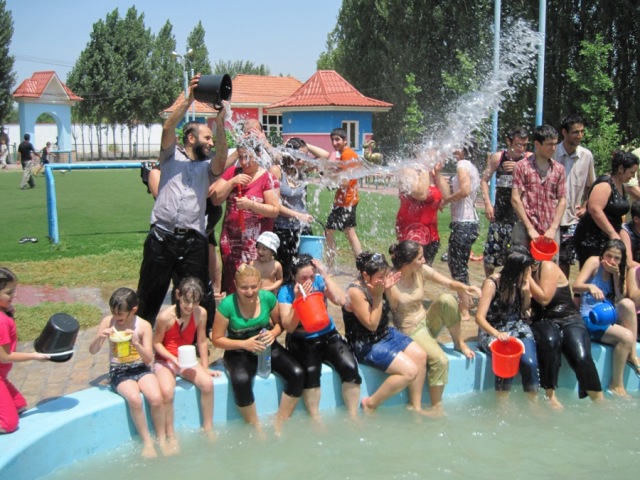