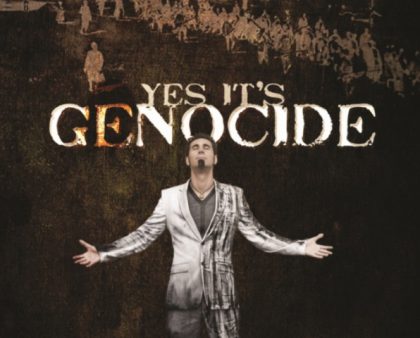 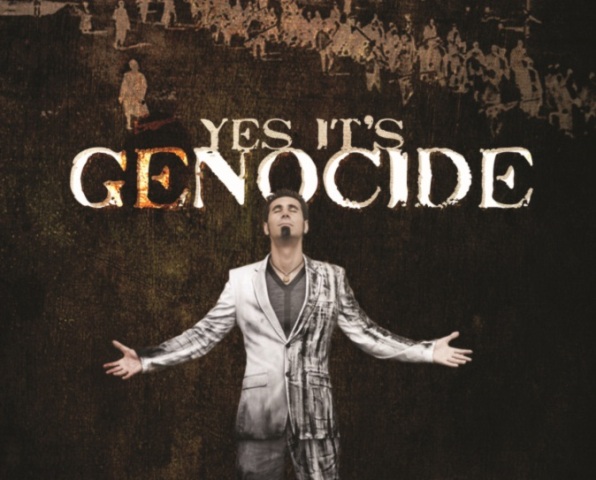 WASHINGTON? LOS ANGELES? NEW YORK?Grammy-winning multi-platinum singer/song writer Serj Tankian has teamed with the Armenian National Committee of America (ANCA) and the Armenian Youth Federation (AYF) in calling on President Obama to honor his pledge to recognize the Armenian Genocide and take decisive action to end the genocide in Darfur, with the September 9th launch of the ?Yes, It?s Genocide? campaign.

The effort, named in honor of the song of the same name to be released on September 21st on Tankian?s ?Imperfect Harmonies? album, encourages Tankian fans and anti-genocide activists to visit http://anca.org/yesitsgenocide and send a free ANCA Webmail to President Obama to take immediate action.

?We are honored to team up with Serj and the AYF once again to expand Armenian Genocide education and anti-genocide activism through this innovative ?Yes, It?s Genocide? campaign,? stated ANCA Executive Director Aram Hamparian. ?No doubt, President Obama?s actions to date on the Armenian and Darfur Genocides have fallen far short of his own commitments and, more importantly, of the core American values that should guide our nation?s policies. Together, through continued vigilance, increased outreach and broad grassroots activism, we must, as citizens, create the political will necessary to compel our government to deal truthfully and justly with all genocides.?

AYF Western U.S. Chairman Arek Santikian concurred, stating ?As activists and concerned citizens, it is our duty to struggle against crimes against humanity at every turn. Serj?s recording of this powerful new song provides us with yet another opportunity to raise awareness and inspire the youth to take action. We commend his long track-record of standing up for social justice and look forward to this opportunity to work together.?

In conjunction with the ?Yes, It?s Genocide? action campaign, the AYF has launched a video contest, calling on youth across the United States to submit their video explaining why it is vital to speak honestly about the Armenian Genocide and take action to end the cycle of genocide. The top video submissions will be featured on the Serjical Strike, ANCA and AYF websites, with the winners receiving free tickets to an upcoming Tankian concert and the opportunity to meet Tankian back stage. Contest details and submission information are posted at http://www.ayfwest.org/yesitsgenocide.

?Where Elect the Dead was essentially a rock record with progressive melodic elements,? Tankian says, ??Imperfect Harmonies? could be classified as rock because it is punchy with many peaks throughout, but the instrumentation is somewhat different. Though there are live drums, bass, and some guitars, the driving aspects are electronic and orchestral. It?s quite unique in its sound palette. This is, in essence, music that has sat in the vat and matured to a ripe sensation and is now ready to serve.?

?Imperfect Harmonies? eighth track, ?Yes, It?s Genocide,? is a moving tribute to the victims of genocide, with its haunting music and Armenian lyrics inspired by the fear, terror, life and ultimate death of 1.5 million victims of the Armenian Genocide and a century of genocides to follow. Portions of the melody were first featured in Tankian?s 2009 video entreaty to President Obama titled ?As President I will Recognize the Armenian Genocide,? which included remarks by fellow artists and anti-genocide activists Tom Morello, Boots Riley and Congressional Representative Adam Schiff (D-CA). The video, which has over 237,000 views, was launched during the ANCA?s ?Fierce Urgency of Now? campaign in the weeks leading up to April 24th, the international day of recognition of the Armenian Genocide.

?Imperfect Harmonies? is available for pre-order online at http://www.serjtankian.com/preorder/

However, since his election to office, President Obama has missed repeated opportunities to honor his pledge ? resorting to euphemistic language to refer to the annihilation of 1.5 million Armenians from 1915-1923 by the Ottoman Turkish Government and running what New York Times columnist Nick Kristoff has called a ?failed policy in Sudan.?

Newer PostAkhtamar pilgrimage: to attend or not to attend?
Older PostMutual respect is the essence of all religions