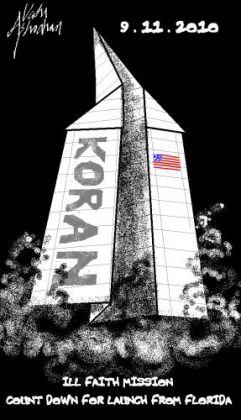 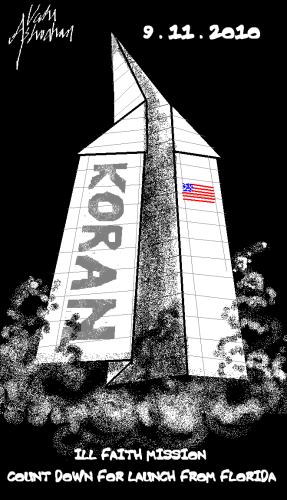 Antelias, LEBANON – Condemning the burning of the Holy book of Islam, the Quran, in Florida (USA), His Holiness Aram I said: ?Burning the Quran attacks the core of Islam. Believers in all religions should respect the teachings and the self-understanding of the truth of other religions.?

He reminded Christians of the great teaching of Christ, “love your neighbor”; he continued, ?as a result of globalization all religions have become neighbours; hence, mutual understanding and peaceful co-existence should become a guiding principle to prevent such irresponsible individual acts”.

“We who have lived with Islam since the 7th century in Armenia, Cilicia and the Middle East, know that it is possible for us to build constructive relations. It is our conviction that we must not only live together, but also face the present-day challenges of the world together,? His Holiness added.

The leader of a small Florida church that espouses anti-Islam philosophy says he is canceling plans to burn copies of the Quran on Sept. 11.

Pastor Terry Jones announced Thursday at a chaotic news conference that he decided to cancel his protest, claiming that he struck a deal with the leader of a planned Islamic Center near Ground Zero who agreed to move its controversial location.

However, Imam Rauf, the leader of the proposed center did not make a deal and has never talked to Pastor Terry Jones, Park51 officials tell Huffington Post, adding that they are open to all solutions and that the proposed Islamic center is open to dialogue and reconciliation with the community in lower Manhattan.