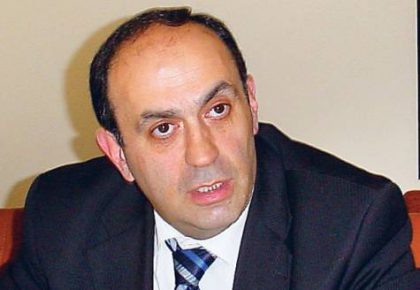 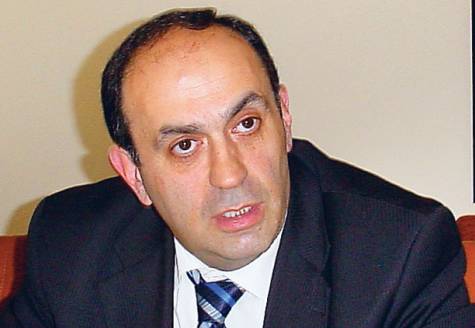 For Armenia, a South Caucasian republic only 19 years old, reminders of its Soviet past are everywhere.

Street and shop signs are often in at least two languages ? Armenian and Russian. The Armenian national carrier, Armavia, features Russian-language articles in its in-flight magazine and serves meals worthy of the Russian airline Aeroflot in the bad old days.

In Yerevan?s Victory Park, set among the woods atop the capital?s highest hill, Soviet tanks, missiles and a MiG fighter, all of Second World War vintage, adorn the prominent war memorial.

Then there are hotels that show their Soviet hinterland heritage.

At the Ani Plaza Hotel in central Yerevan, standard rooms are furnished economically with a single bed and walls painted plain white. The headboard and other furniture are made of particle board. Most of the worn pink carpets sport cigarette burns. The air conditioning whirs loudly but fails to deliver cool air, or any detectable air flow at all.

The staff, however, who are all Armenian, are unfailingly cheerful, wireless internet is free, and the complimentary breakfast is far superior to the fare aboard Armavia.

This is the unlikely country, less than half the size of the emirate of Abu Dhabi, that is hoping tourism will help it recover from a 14.4 per cent drop in GDP last year and to emerge from international obscurity.

?Our investigations show tourism is about 6 per cent of GDP. Our target is 12 to 13 per cent by 2030,? says Ara Bedrosyan, the minister of tourism.

That is a fairly long time frame, but Mr Bedrosyan believes the country has its work cut out to meet the target.

?To create new demand, we have to improve our standards,? he says.

Even so, tourism was the only sector of Armenia?s economy that improved last year. While slumping almost everywhere else in the world, the business grew by 3 per cent in Armenia.

The 575,000 people who visited the country last year stayed on average for nearly a week.

Since 2000, the number of visitors per year has increased more than twelvefold from just 45,000. The number of hotels has risen to 16 from three, and includes a luxury property run by the Marriott Group, occupying a building at least as imposing as the one housing the ministry of foreign affairs and located across the capital?s central square from that building.

Armenia has plenty of attractions: a pleasant climate with distinct seasons; mountains for hiking and skiing; an ancient culture, lovingly preserved; a cuisine rich in locally raised meats and local cheeses and sausages, as well as a rich variety of locally grown fruits and vegetables; a culturally defining Christian tradition dating from the early fourth century; a historic location on the ancient Silk Road trade route; and a vibrant arts scene featuring contemporary painting, sculpture, music, drama and literature, as well as traditional offerings.

Prices are moderate compared with those in most other countries in the region.

Mr Bedrosyan notes with satisfaction that most tourists visiting Armenia are ?financially secure? and inject an average of $1,000 (Dh3,670) per person per stay into the local economy, not including air fare. Last year, that amounted to a total of $575 million spent in the country by tourists.

To attract more visitors, Armenia has embarked on a number of initiatives. These include an international television advertising campaign as well as local initiatives such as dropping the fee for a visitor?s visa from $50-$60 to $7-$8.

Several potential tourist markets have room for development. Among them are winter tourism, for which Armenia is developing ski resorts, and health tourism based on the country?s natural hot springs. A Swiss company is developing health spas in the country, Mr Bedrosyan says.

Perhaps Armenia?s biggest tourism opportunity lies in the recent European and North American craze for all things pertaining to the Silk Road.

?We are promoting the Silk Road idea. There?s lots of international interest in experiencing this historic route,? says Mr Bedrosyan.

His top priority, however, remains infrastructure investment: ?We understand we have to improve our infrastructure and invest in human resources. When we?re ready, we?ll go to the international market and create new demand.?