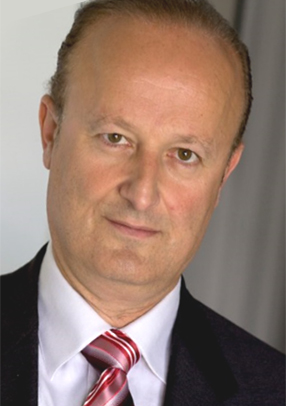 Since the release of the highly damaging Armenia-Turkey Protocols on 31 August 2009, hundreds of thousands of the members of the Armenian Apostolic Church have been following closely as to how strongly and unequivocally both His Holiness Karekin II, Supreme Patriarch and Catholicos of All Armenians, and His Holiness Aram I, Catholicos of the Great House of Cilicia would express their pontifical opposition to the Turkish-dictated Protocols.

After a lapse of one whole month, His Holiness Karekin II issued a statement on 30 September 2009 expressing Etchmiadzin's official position on the Protocols.

While HH Karekin II and the Supreme Spiritual Council expressed their serious concerns about the Protocols, they avoided making a full-blown criticism of the Protocols which the overwhelming majority of the Armenians in the Homeland and the Diaspora expected.

Those of us who had the blessing and the honor of personally knowing His Holiness Karekin II would envision that he would surely have much preferred to issue a strong and clear criticism directed at those who are actively trying to force that unjust document on his worldwide flock, the Armenians.

The 30 September 2009 Pontifical statement carried all the ingredients of a justified pontifical condemnation of the Protocols, but the Holy Etchmiadzin Supreme Spiritual Council seemingly avoided outright confrontation with official Yerevan.

On the eve of his early October presidential trip to the largest centers of the Diaspora, Pres. Serzh Sargsyan met with HH Karekin II in order to get His Holiness' endorsement of the Protocols. The Armenian TV programs disseminated short footage of both Pres. Sargsyan and His Holiness leading a cordial conversation. It is obvious that Pres. Sargsyan is actively seeking pontifical assistance for the creation of positive impressions regarding the Protocols in order to convince the Armenians everywhere to agree to the terms of the Protocols.

During the Soviet occupation of Armenia (1921-1991), succeeding Supreme Patriarchs and Catholicoi of All Armenians starting from Gevork V of Armenia (1911-1930), to Khoren I of Armenia (1932-1938), to Gevork VI of Armenia (1945-1954), to Vazgen I (1955-1994), were indirectly and sometimes directly suppressed by official Kremlin. Those who did not compromise to the detriment of their people were physically liquidated.

With the re-establishment of the independent Armenian statehood in 1991, Armenians in Armenia-Artsakh and the Diaspora rightly expected that their Supreme Patriarch and the Holy See of Etchmiadzin would no longer be subjected to outside political pressures. But to the chagrin of many, official Yerevan under the First President Levon Ter-Petrossyan outright interfered in the pontifical electoral process in 1995 in order to get His Holiness Karekin I (Sarkissian) elected as Supreme Patriarch. Before his election as Catholicos of All Armenians, His Holiness Karekin I was the Catholicos of the Holy See of Cilicia.

Pres. Ter-Petrossyan convinced His Holiness Karekin I to vacate the Holy See of the Great House of Cilicia seat and relocate to Holy Etchmiadzin to serve as Supreme Patriarch. At the time, little did His Holiness Karekin I know that Ter-Pterossyan's hidden goal was to weaken and eventually liquidate the Holy See of Cilicia by incorporating it into the See of Etchmiadzin, thus bringing under his control all the Armenians of the Diaspora, in order to politically manipulate them as he pleased, just like the former communist bosses in Kremlin did during the Soviet dictatorship.

Now His Holiness Karekin II (Nersisyan), despite his obvious wish to outright condemn the Protocols, has involuntarily softened his criticism. But His Holiness Aram I, Catholicos of the Holy See of Cilicia, strongly condemned the anti-Armenia and anti-Armenian Protocols, on September 23.

Alas, our Supreme Patriarch is still under political pressure that is reminiscent of the Ter-Petrossyan and the preceding Soviet Kremlin era. So this brings us to realize that contrary to certain individuals' argument that Holy See of the Great House of Cilicia must be demoted from the rank of Catholicossate to the level of Patriarchate just like the Armenian Patriarchates of Constantinople and Jerusalem, it must be even strengthened. After all, The Great House of Cilicia is the last surviving symbol of the now Turkish-occupied Armenian statehood in Cilicia.