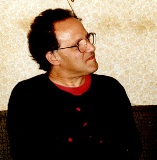 I am an American Jewish scholar, a Zionist, and though I have devoted a lifetime to studying the culture of Armenia, it is not my own. Nonetheless, it is fascinating, perplexing and relevant to, and intertwined with, important Jewish issues today. Armenia's uniqueness among the countries of the Near East is striking: Unlike surrounding Georgia, Kurdistan and Iran, it has no indigenous Jewish community; yet its history is more closely analogous to our own than that of any other nation. The Armenians formed the first Christian state, one that has endured in embattled isolation and proud independence: In their literature, written in a unique script unchanged over 15 centuries, the Armenians accordingly identify themselves with the Maccabees.

Their stubborn determination to be themselves, and to be free, made Armenians the object of fear and hatred in the disintegrating Ottoman Empire. During World War I, they endured the 20th century's first genocide, a term coined some years later by a Jewish jurist, with the avowed purpose of giving legal definition to this unprecedented crime. At the time the Turkish rulers called their campaign a “jihad.” The people of a handful of Armenian villages on Musa Dagh, a mountain on Turkey's Mediterranean coast, just north of the present-day Syrian border, fought off several Turkish armies until the French navy rescued the survivors.

The year before Hitler came to power an Austrian Jew, Franz Werfel, published his novel “The Forty Days of Musa Dagh.” The Nazis banned it, its best-selling author fled to the United States, and in 1939 the German dictator assured his generals that just as nobody remembered the Armenians, whatever the Germans might do in Poland, they would never be punished for it. As the Wehrmacht advanced in 1942 through North Africa, some leaders of the pre-state Jewish community in Israel even talked about preparing for a last stand on Mt. Carmel on the model, not of Masada, but of Musa Dagh.

Not all the Armenians were murdered: Many fled into the northeastern part of their ancient homeland, still ruled then by the Russian Empire; and in 1918, the first independent Armenian state in half a millennium was proclaimed at the capital, Erevan. But a bitter civil war ensued among the Armenians: The Communists took control, the centrist government of the Dashnak (Armenian Revolutionary Federation) party fled into exile, and Armenia disappeared behind the Iron Curtain. America, fearful of the Red Menace and anxious to maintain good relations with strategically important Turkey, did indeed forget the Armenians. In 1935, the State Department, acceding to Turkish pressure, even forced MGM in Hollywood to cancel production of a film version of Werfel's book.

The embittered Dashnaks had in the meantime embraced racist and fascist ideology. On Christmas Day of 1933, at an Armenian church in Manhattan, two of their leaders disemboweled a political opponent, Archbishop Leon Tourian, during mass, in full view of thousands of parishioners. In Boston, their newspaper Hayrenik (“Fatherland”) praised the German Fuehrer and youths of the Tseghagron (“Race Worship”) group marched. Hitler intended to finish off the Armenians, though, and the Luftwaffe dropped leaflets over Erevan inviting the local Azerbaijani Turks to sharpen their knives. In fact, Soviet Armenia lost a quarter of its population in the fight against fascism.

Meanwhile, in New York, Avedis Derounian, a young man from a family of genocide survivors who himself had witnessed the murder of Archbishop Tourian, vowed to waken the U.S. to the dangers of homegrown fascism. After the war he traveled to the Middle East, and in his 1950 report on that trip, “From Cairo to Damascus,” described how Nazism had been transplanted into the Arab world and offered the prescient declaration that radical Islam would prove to be a greater and more enduring danger to mankind than Communism.

Derounian saw Israel as the model for a free and democratic Armenia, and felt instinctively that Jews were his brethren. Many Armenians, however, were and are on the other side of the Arab-Israel divide; some Armenians had even supported the Nazis; and Israel, for its part, was to find it politic to court Turkey's friendship.

In Jerusalem four years ago, a young Armenian nurse who was to be honored on Israel Independence Day for her work rehabilitating victims of suicide bombings had to watch as Turkish pressure on the Israeli government led the ceremony's organizers to remove from the program all reference to her family having been survivors of the genocide. Armenians have reacted to this kind of holocaust denial with justifiable rage.

As Harvard's only professor of Armenian studies, I have found myself attempting to negotiate a viable, middle way, and have suggested that the Jewish community in America support genocide recognition by the U.S., which Israel might then follow, in the face of Turkish threats, which have included an attempt to blackmail the small Sephardic community in Turkey. Turkish intellectuals and defenders of human rights, like the historian Taner Akcam and the Nobel Prize-winning writer Orhan Pamuk, have insisted at great personal risk that Turkey reexamine its past. We should support them.

At the same time, I have pointed out, one needs to recognize that there is real anti-Semitism in the Armenian community, and scapegoating of Israel and Zionism often goes well beyond the issues and becomes a cover for deeper hatreds. The Dashnaks, Hitler's wartime buddies, who are still a presence both within Armenia and in the diaspora, have jumped on the anti-Israel bandwagon, championing the Palestinian cause on American campuses. Their central committee sponsors a traveling circus called “Armenians and the Left,” featuring Israel-bashers like Noam Chomsky and Robert Fisk.

Hannah Arendt was right: Anti- Semitism is the only survivor of the totalitarian ideologies of the last century. Not only that, but the “socialism of fools” is truly international again, and gaining strength. So if it comes to it, I'll leave my books and shoulder a rifle on Musa Dagh or Mt. Carmel. But until then I'll carry on studying the mystical meditations, poems and myths of the ancient and indestructible people from the mountains of Ararat, the Armenians.