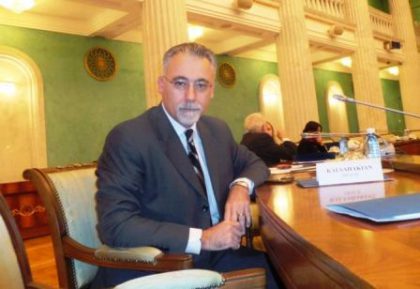 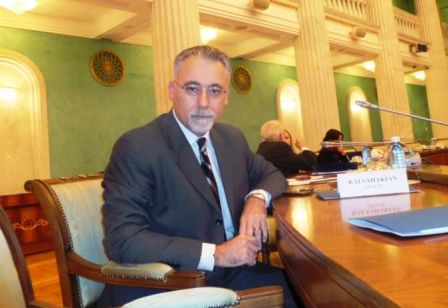 Until the end of 2010, the situation seemed normal in the Middle East. Every country had its absolute ruler or governing apparatus.

Earlier in 2003, the US invasion created a new status in Iraq. This was seen as an isolated incident and the result of a foreign intervention. The general mood in the Arab World did not approve the invasion. The destruction of the Iraqi army was perceived as weakening of the Arab position versus Israel and Iran.

The war in Iraq created a precedent in toppling down an Arab regime with the use of foreign force. Eight years later, this was repeated in Libya, when NATO created a no-fly zone over the country and used air strikes to assist the rebels against Colonel Qaddafi. The tactic was going to be repeated in Syria, but was opposed by the Russian and Chinese vetoes in the UN Security Council.

Until the US invasion of Iraq the jihadists did not have easy access into the region. They took advantage of the power vacuum created by the collapse of the Iraqi army. By the time the Syrian conflict started in 2011, the jihadists were strong enough to penetrate into the new power vacuum.

The beginning of the conflict in Syria

Until March 2011, Syrian President Bashar Al-Assad seemed much in control of his country. He inherited a regime that had lasted for several decades, dominating the public life.

In the beginning of what was described as “Arab Spring,” President Assad seemed unconcerned about the changes happening in other countries. In an interview with the “Wall Street Journal” on 31st January 2011, Assad stressed that his country is different from Tunisia and Egypt, emphasizing on the great bond that existed between the people and the leadership.

By March 2011, however, demonstrations sparked in major cities in Syria. The numbers grew bigger and at a certain point it looked as if President Assad was losing control. He wanted to introduce well calculated reforms, but realizing that the changes would bring new forces into the political arena, he set back.

On the regional level, Qatari involvement in Libya and the Saudi mediation in the Yemeni conflict encouraged both countries to seek new roles in Syria. This was backed by the Turkish ambition for playing a larger role in the Arab World.

The roots of the conflict

Syrians vaguely remember the confrontation in the 1980s between the Baath Party and the members of the Muslim Brotherhood (a pan Islamic Sunni organization), which resulted in the infamous massacres of Hama in February 1982.

Until recently this was seen as something from the past, but in a recent interview with Al Mayadeen satellite TV channel on 21st October 2013, Assad revealed that the mistrust between the two sides is well rooted. “The Muslim Brotherhood is now more dangerous than it used to be”, he stated, accusing Turkish Prime Minister Erdogan for backing the Muslim Brotherhood in its attempt for power seizure in Syria. Being a member of the “Muslim Brotherhood” is considered a crime in Syria, punishable by the death penalty.

The proxy war in Syria

Syria has become one of the biggest examples of proxy wars in the recent decades, dragging into it almost every actor on local, regional and international levels. Some see it as a reminiscent of the Cold War confrontation between the USA and Russia. It has become a battlefield between Sunni and Shiite forces and between secular and Islamists forces.

Although all agree on a political solution, there is no idea how to go forward with it. Until this moment, it is not clear when the Geneva II meeting would be convened, who would be attending it and what would be the agenda.

Where would the roads lead?

The problems in the Middle East tend to be accumulated. Before even solving an existing problem, a new one is emerging. A few years ago most of the news focused on Arab-Israeli conflict, Iraq and South Lebanon. New problems have occupied the headline news since then.

Some consider the recent Russian-American agreement on removing Syria's chemical weapons as a milestone in resolving pending issues in the region. Others are optimistic about the upcoming negotiations between the USA and Iran on nuclear issues and believe that this will positively reflect on the Syrian conflict.

With the ongoing bloody confrontation between the secular forces (Assad, the Baath party, liberals, etc.) and the Islamists (Muslim Brotherhood, representing the moderates and the jihadists representing the extremists), does this mean that the crisis in Syria has reached to the point of no return?

The “Arab Spring” may be considered fake by many, but it is undeniable that the Arab countries have entered a profound track of changes, which can lead into dramatic results. The initial euphoria has disappeared and many agree that the transition is going to be hard and will take a long time.

Here are some questions posed in this phase:

How could credible governments come into power in societies undergoing changes? What would guarantee that past mistakes are not repeated by the new rulers? What would happen if the new rulers are motivated by personal vendettas or driven by ideological or religious interest? Are the young people who marched in the streets of Cairo and other Arab capitals ready to accept any regime that will be forced on them?

Under what circumstances should foreign intervention be allowed? What will happen if an intervention protects a population, but creates a chaotic power vacuum? Can a foreign invasion help in replacing a totalitarian regime with a liberal or democratic one? Are there any examples in the real world?

The role of the international community

There is great responsibility on the shoulders of the international community.

The Arab countries should be encouraged by the international community to devise a model that balances between Arabism, Islam and Liberalism, without excluding any component of the society. Full citizenship rights without any hidden strings should be the norm.

Many people in Syria used to say: “We were living together for many decades in a brotherly manner, without knowing the religion and political beliefs of one another “. It should not be wrong to know the religion or political conviction of one another, but it would be wrong to be discriminated or privileged based on such facts. The artificial calls for peaceful coexistence should be replaced with real and factual understanding of what coexistence means.

The question remains: Can we live together in a just and peaceful Middle East?

Yes, we can, but a great deal of work needs to be done by all parties to achieve this.

Paper presented at a conference on the clash of civilizations, organized by the Center for Interethnic Cooperation (Yekaterinburg, Russia, 29-30 October 2013)