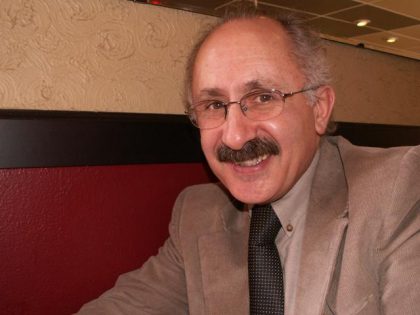 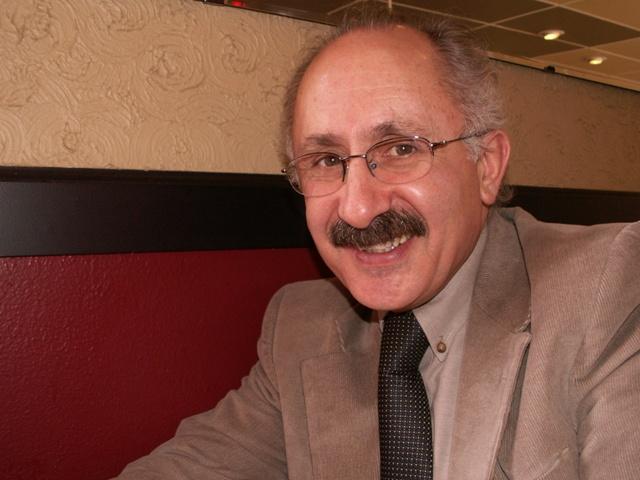 Recently an exchange took place between renowned Armenian Genocide Denialist Yusuf Halacoglu and Historian Taner Akcam. The Debate took place on the pages of Turkish paper TARAF. Below is the English version of Akcam's response to Halacoglu lies.

It is time to put an end to the primitive and deceitful policy of the Turkish Historical Society, based on lies and propaganda for internal public opinion and a cause for embarrassment for Turkey and Turkish historians.

First, I would like to thank Ayse Hur for providing a summary of the Ottoman Archives research covered in my book titled The Armenian Problem Is Solved – Armenian Related Policies During Wartime According To Ottoman Archives (Iletisim Publishers, January 2008).  Ayse Hur also included sections from my book criticizing Halacoglu, in an article titled ?Akcam Asks Questions, Halacoglu Remains Silent.?

Before I respond to Halacoglu's article, I would like to provide some context in order not to be drowned in minute details back and forth.

Those claiming that there was no genocidal intent or mass destruction in the 1915 Armenian Deportations often use the argument that all civil servants who maltreated the Armenians, attacked the convoys or murdered the deportees were arrested and prosecuted. Accordingly, some government officials who exploited the situation were investigated and sent to courts, a total of 1397 people were tried, a majority of them were convicted and given various sentences, including capital punishment.

I have demonstrated in my book that based on the Ottoman Archives, this argument is not correct. There are no documents in the Ottoman Archives related to prosecution and punishment of government officials accused of Armenians' murders. The Ittihat Terakki party in power had no such policy; on the contrary, I have documented that if any government officials were by chance accused of any such crimes, the government took steps to have them discharged immediately. I have also documented on several occasions how the Ittihat Terakki government eliminated a few of their own officials who could potentially cause future allegations related to the Armenian case.

ATTENTION AND CARE ABOUT PROPERTY NOT HUMAN BEINGS

One of the facts that is clearly evident in the Ottoman Archives is that the Ittihat Terakki government, which had shown no care toward the Armenians as human beings, did show extra care and attention toward the possessions and properties left behind by the Armenians. The government took extraordinary precautions to ensure that all these possessions were converted to state ownership. The special commissions or trials set up to investigate the wrongdoings related to the Armenians were all about the government officials who attempted to personally plunder, steal or take over ownership of the Armenians' properties. There has been absolutely no investigation or trial by the Ittihat Terakki government about those who committed crimes against the Armenians or who organized the massacres.

I had explained in my book how Yusuf Halacoglu leads the campaign of lies in this subject, by giving an example from his book titled The Armenian Deportations and Truths (1914-1918) (Turkish Historical Society, Ankara, 2001). I had accused him of revising the Ottoman Archives and by deliberately providing misinformation. Halacoglu in his responding article merely repeats and confirms that I am right.

In his book, in the chapter titled ?Attacks on the Armenian Convoys and Preventive Measures Taken by the Government,? Halacoglu writes that ?special investigative commissions were formed in order to prosecute the officials accused of neglect of duty or illegal activities.? He further claims that ?government officials who were accused of wrongdoings and maltreating the Armenians were prosecuted,? and that ?they were taken to the Military Tribunals for severe punishment.? Halacoglu bases these words on the following Archival Document No. 12 (Internal Ciphers Directory 54-A/236; 55-A/146: 55-A/157: 58-A/141; 58-A/278; 61/165; 57/105; 57/116; 57/143; 57/416; 59/196; 59/235).

In fact, Yusuf Halacoglu is lying, as none of these archival documents relate to Military Tribunals and punishment of officials for maltreatment of Armenians. As I have shown in my book, one by one for each document, these are all related to personal enrichment crimes of officials plundering, stealing or converting ownership of the properties and possessions left behind by the Armenians.

Halacoglu not only dared to present these documents as ?trial and punishment of government officials at Military Tribunals charged with maltreating the Armenians,? but he also used documents ?praising government officials for successful deportation activities? for the same purpose. For example, the document no. 58-A/141, dated November 28, 1915, is a telegram from Talat Pasha to Cemal Pasha, reminding Cemal that he has no right to fire a local governor for maltreatment, praising the fired official and instructing Cemal to reinstate him.

I have asked in my book and pose the same question again: Isn't it shameful, isn't it criminal in the name of scientific research to use these documents as evidence that ?government officials maltreating the Armenians were prosecuted and punished, including capital punishment??

What could be expected from Yusuf Halacoglu as a response to my allegations? Shouldn't he use my documents, one by one, to prove or disprove that I have told the truth? Instead, in his article he responds by referring to another book of his and writes: ?Ak?am's questions are answered with the necessary documents.? In his book titled Armenian Allegations from Deportation to Genocide, in the Section titled ?Guilty Deportation Officials? (Pages 91-96), the same information, same documents exist as in his 2001 book that I criticized. There are also 12 new documents unrelated to my criticism. That is, there is absolutely no change.

My criticism was that none of the new 12 documents shed light on the punishment of government officials charged with the maltreatment of Armenians.  Halacoglu does not and cannot say ?These documents show that there is information about punishment of government officials for maltreating the Armenians.? Instead, he produces a new Document No. 13. But funnily enough, this new document further reinforces my criticism.

As can be seen, this new document, dated March 12, 1916, relates to sixteen trials of the Syria Military Tribunal. Of the sixteen trials, fourteen are related to the personal plunder and stealing of properties and possessions left behind by the Armenians. The last two are about Circassian Ahmet (Halacoglu erroneously writes Recep, son of Ahmet, whereas the correct names are Ahmet, son of Recep). Nine cases were discharged outright and the accused released. Five cases resulted in guilty verdicts but punishments were deferred (Please see Appendix for the translation). The aforementioned Circassian Ahmet was a member of the Teskilat-i Mahsusa (Special Organization), executed on September 17, 1915. Talat Pasha had sent a telegram to Cemal Pasha, authorizing the execution, saying that: ?His death is immediately required, otherwise, he can cause us harm in the future.? The execution of a few undesirable Teskilat-i Mahsusa members is further covered in my book (pages 247-252).

THERE ARE NO NEW FACTS

I will repeat my questions, again and again: Are there any trials and prosecutions against anyone for maltreating the Armenians, FOR HARMING THE ARMENIANS AS HUMAN BEINGS? The answer is NO. Are there any officials arrested by chance for other crimes, but released by the Central government? YES. The Ittihat Terakki government has never organized any trials related to the massacres but if any accused officials were to be arrested, it did everything possible to have them released. Are there any trials and prosecutions of government officials for personal plunder of the property and possessions left behind by the Armenians? YES. Have these been successful? NO. This is evident from any and all documents. Property and possessions plundered personally have remained in the ownership of these persons. We do not need any documents for these. Anatolia is still full of these stories.

My second criticism of Halacoglu's book, Armenian Deportations and Truths, relates to another deceitful thesis. Halacoglu states that ?The Abandoned Properties Commissions paid funds from the proceeds of the sold properties to the deportees. The resettled refugees used these payments to start new businesses and quickly adapted to their new environment.? Halacoglu uses three documents to support this argument (DH. SFR. 57/348; 57/349; 57/350).

As can be seen, there is a great thesis and three documents. The thesis is that the Armenians were paid monies in lieu of their properties left behind. This is completely untrue, and Halacoglu is deliberately lying. It is in vain to find any documents in the Ottoman Archives related to funds paid to the Armenians; such documents do not exist and therefore, the supporters of this thesis can lie indiscriminately. When Halacoglu referred to three archival documents about ?monies paid to the Armenians and about Armenians using these monies to set up businesses in their new settlements,? he perhaps thought that no one would investigate these three documents. These three documents are all from Eskishehir, and they refer to monies to be sent to the Governor of Aleppo, not to be given to the Armenians, but to cover the expenses of the local government during the Armenian deportation activities.

WHY ARE THOUSANDS OF ARCHIVAL DOCUMENTS MISSING?

It is impossible to have only three puny documents to support the argument of considerable transfer of funds to the Armenians. There should have been hundreds of thousands of documents about the Armenians deported to Syria and Iraq. These documents simply do not exist. There is a simple argument to refute this deceitful thesis. If we consider the official government declaration dated March 11, 1919, it states that 101,747 Armenians did return to their homes after the war. Did any government official ask these Armenians: ?Brother, we paid you for your sold possessions when you resettled elsewhere, now, you have to pay back…?

THE LIE ABOUT AID

When one reads Halacoglu's response, it becomes apparent that his argument changes from financial payment to the resettled Armenians to financial aid to Armenians during the deportations. He refers to some documents about government fund transfers to cover the deportation expenses. While doing this, he brazenly falsifies the archival documents. As an example, he refers to a report by Dr. W. M. Post, a doctor at the American Hospital in Konya. The doctor states that ?Armenians are paid 1 kurus (piastre) per adult and 20 para per child.? It is obvious that Halacoglu has not researched this subject, as he states that he got this information from his colleague Kemal Cicek. Kemal Cicek is an expert in document falsification. He has published the said falsified document of Dr. Post in his book titled, Armenians' Forced Emigration 1915-1917. Readers interested in the original complete reports can refer to Ara Sarafyan (ed.), United States Official Record on the Armenian Genocide 1915-1917, Princeton, London: Gomidas Institute, 2004, pages 245-257. Dr. Post explains the Konya deportation camp where ?there are absolutely no sanitary conditions, average 30 to 40 people die daily, rape, murder, bribe and kidnapping is rampant.? Kemal Cicek's version does not refer to these facts. The payment of 1 kurus per adult and 20 para per child is a limited arrangement for a few days. But Halacoglu applies this with a magical trick to all the Armenian convoys, throughout the entire duration of the deportations.

There is no limit to the document falsification and revisionism in Halacoglu's world. In his response, he writes that ?foreign aid organizations received permission to help the Armenians with Talat Pasha's signature.? I refer the reader to my book, pages 306-320, which explains how the Ottoman government refused any help to the Armenians from the foreign aid organizations. In fact, Ottoman archival documents clearly show that not only was the foreign aid refused, but any foreigners trying to aid the
Armenians were threatened, arrested and imprisoned.