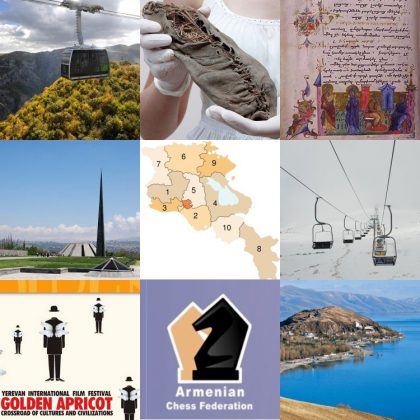 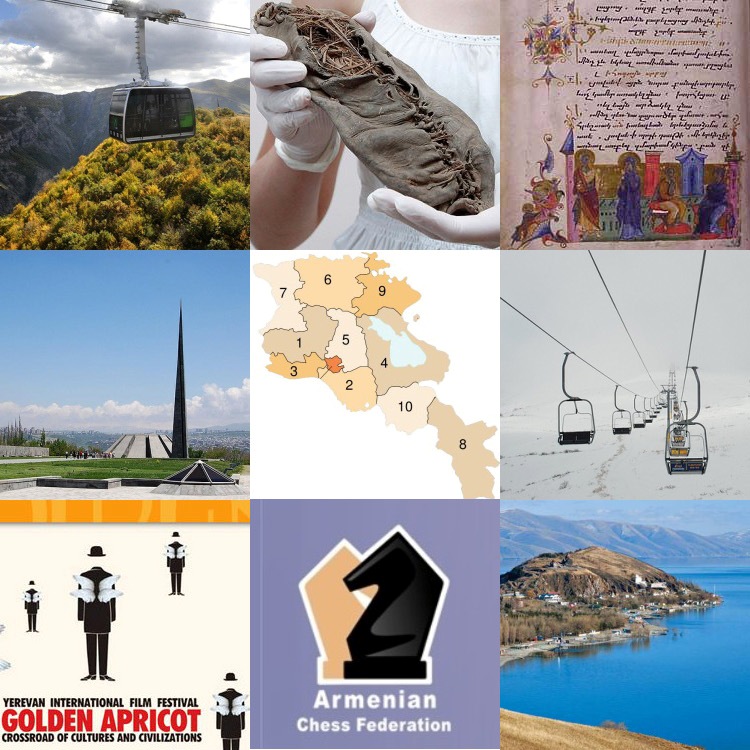 The Republic of Armenia, located in the Caucasus region of Eurasia, is one of the developing countries. One of the main ways of growth for Armenia is tourism, an economic activity that involves large number of population from different sectors.

In the past not many would have been able to show Armenia on the map of international tourism. The situation is changing rapidly. More and more information is available about Armenia on the net, including several new Guinness records. The news about the opening of the longest aerial ropeway in the world attracted many tourists to Tatev in South Armenia last year. The discovery of the world?s oldest leather shoe in one of the caves near Areni village brought tourists and researchers to the area. Few weeks ago the oldest known wine making facility in the world was unearthed in Armenia.

Armenia is easily accessible to tourists from many locations. Armenia?s location is adding some allure to the destination. The country connects East and West and can benefit from both sides, providing platform for enrichment between civilizations.

Communicating with the local population in Armenia is an easy process. Besides keeping alive their national language, the population speaks Russian fluently and now has embraced other languages. Almost everyone speaks at least three languages. Foreign languages are taught at all educational levels.

Armenia is a hospitable country. The first notes about the hospitable Armenians were mentioned by Xenophon of Athens, a Greek historian and soldier, who is known for his writings on the history of his own times, the 4th century BC. In one of his writings he describes the march of 10 thousand Greek soldiers across Armenia, where he reports how the Armenians provided so much food to their Greek guests that the troops had trouble moving forward after consuming heavy meals.

In recent times tourists find Armenia as a very friendly environment, with an extrovert population, ready to converse. Foreigners can always depend on the help of local population. There are many historical and cultural places of interests in Armenia and wide variety of museums and galleries. Some of the most popular places include the Matenadaran (a depository of ancient manuscripts), Armenian Genocide Monument and Museum, Children?s Gallery, etc.

The country has rich agenda of events and celebrations which can easily keep the tourist busy. Some of these events include the annual celebration of Yerevan?s birthday (This year Yerevan turns 2793 years old, older than Rome), Golden Apricot International Film Festival, Jermuk chess international championship, ?One Nation, One Culture? celebrations, which unite Diaspora Armenians with the homeland, etc. As the range of such activities is very wide, from sports to culture, from historical to traditional, they attract people of various preferences.

Although a living place for one million people, the capital Yerevan is known for its tranquility. The rush hour is much calmer compared to other European capitals.

In Armenia you can experience all four seasons of the year: the blossom of the trees in spring, the hot days in summer, dropping foliage in autumn and snowy, cold winter. In winter tourists can practice ski on the ice rinks in Yerevan or go for outdoor ski in Tsakhkadzor resort. In summer they can swim in the warm waters of Lake Sevan, one of the highest lakes in the world. These are only few examples of the plethora of activities available for tourists in this tiny republic.

Armenia?s stable economic growth provides favorable conditions for promoting tourism industry. Global economic downturn has certainly affected the country, but there are great signs of recovery. The number of tourists in 2010 was higher compared to previous years. Deputy Minister of Economy Ara Petrosyan underlined that despite of a -4% decline of tourism on worldwide scale, Armenia witnessed growth of 3%. As a result, about 585,000 tourists visited the country in 2010.