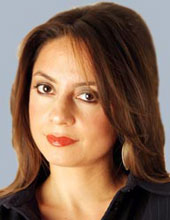 On television they look just like my people–cynical, gloomy and forever complaining.

I am talking about Armenians–street interviews with residents of Yerevan, Armenia's capital, who sound just as skeptical as Turks about this week's sudden announcement by the two neighbors to “normalize” relations.

That normalcy, of course, is arriving about a century after the two peoples faced each other in a brutal civil war. Hundreds of thousands of Armenian citizens of the Ottoman Empire were deported and massacred in 1915 in what is now eastern Turkey, in a period of turmoil and violence that Armenians call “genocide” and Turks insist was “killing by both sides.”

Anatolia was “ethnically cleansed” of its Armenian heritage early last century, but the ghosts of unspeakable deeds have never quite left the crime scene. Since the founding of modern Turkey in 1923 by Mustafa Kemal Ataturk, Turks have been grappling with “the Armenian issue” one way or another, facing in recent years an ever-widening international campaign to recognize and condemn.

For Turks and Armenians, the issue has always been semantics–whether or not to use the g-word in describing 1915. The majority of Turks believe, and were taught in school, that the killings were not officially sanctioned and do not amount to genocide. To Armenians on the other hand, 1915 is what the Holocaust is to Jews–the single most defining moment in establishing a national identity and a nation-state.

So it made great sense this week for the official announcement to avoid the question of genocide altogether. Similarly left out was the issue of Nagorno-Karabakh, a disputed enclave that Armenians seized from Turkey's close ally Azerbaijan.

The tentative, timid, American- and Swiss-mediated plan calls for opening the border, starting diplomatic relations and, more importantly, establishing a joint “history commission” to study the events of 1915. But the two protocols signed on Monday still need to be ratified by each country's parliament after a period of review–and that, surely, will not be easy.

Already, opposition leaders in both countries are crying foul. Armenian opposition has taken to the streets in protests. Here in Turkey, “We will never vote for the protocols,” said Deniz Baykal, Turkey's chief naysayer and the leader of its social democrats. In a country of rising nationalism, still harsher comments are pouring into my Inbox for supporting the initiative in my column in a Turkish daily.

The problem is, although neighbors, Turks and Armenians have practically no reference point about each other except decades of resentment and hate-talk. The border has been sealed for 15 years, and there was practically no communication between the two nations during the period of the Soviet empire.

Here, the Armenian culture has been erased from the face of modern Turkey, so much so that most ordinary Turks of my generation would be shocked to hear that some of our popular dishes are Armenian, that there are town-names derived from Armenian words or even that some Turks have Armenian ancestors going back to orphans of 1915.

In Armenia, there may be more cultural familiarity, with many Armenians still speaking Turkish and carrying out traditions from mainland Anatolia. But in modern Armenia's national ethos, Turks and Turkey have been demonized for so long that it is difficult to one day wake up and accept a peace deal.

So live Turks and Armenians, side by side, enslaved by their governments' poisonous rhetoric for decades, unable to bond, to touch, or even hear each other.

Although a shock to the system, the decision to “normalize” relations is the right one. The economic and international benefits for both sides are immense. But more than that, uniting with the despised sibling would start to fill that big gaping hole that both nations have lived with. It takes baby steps, a personal encounter, a visit or maybe a popular word or song to break the ice. That has not happened so far, but there now is a chance.

A chance, that is, if Turks and Armenians are willing to take it. They can grow tall and big, if willing to take the hand stretched out. Or they can do business as usual. That is, hate and resent and curse and cry.

Asli Aydintasbas is an Istanbul-based journalist and a columnist for the Turkish daily Aksam.